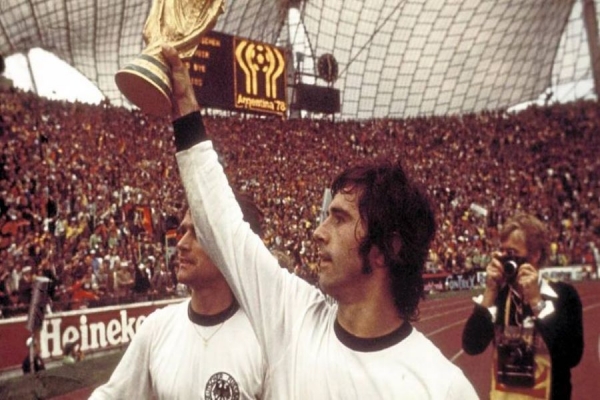 I woke up last Sunday morning to the news that Gerhard ‘Gerd’ Müller had passed away. One of my Football Friends from around the world had sent an email notifying me of the legendary Müller’s passing.

By coincidence, ‘France Football’ magazine’s new issue had an article about him. The news itself did not surprise me; in the past year, his wife had disclosed that Muller had Alzheimer’s and that the end was near.

What did surprise me were some of the articles eulogizing him, and in many of them, the assumption was that the new Generation of Football fans would be unaware of him and his rightful status as a Legend of the game. This was either an indictment of the modern game or perhaps a reflection of my own age.

I did not get to see Gerd Müller as an active player; by the time I had become a Football fan (1982/83), Müller’s career had ended. However, as I was taking an interest in Football History, it did not take long to learn and read about Müller.

For a new Football fan in the 1980s, there was a lot of mystique about the Football of this recent past. This era of the late 60s and 70s was defined by his contemporaries (Franz Beckenbauer and Johan Cruyff), but Müller’s name and exploits were not far off and were part of the Football culture and discussions. I would learn about the great Bayern Munich of Müller and his teammates Beckenbauer, Sepp Maier and Uli Hoeness.

My first memory of seeing Muller in action was in 1983; I got to watch the 1970 and 1974 Official World Cup videos (‘The World at their Feet’ (1970) and ‘Heading for Glory’ (1974). I had read up somewhat on Gerd Müller but soon learned that reading and seeing are entirely different experiences.

At first glance, one could not foresee anything unique or spectacular about him. He was not too tall and was bulky. But once in the opposition penalty, he would turn into an uncontrollable beast who could put the ball in the back of the net no matter how. He would become the top goalscorer of the 1970 World Cup with ten goals and win the Ballon d’Or in the process. 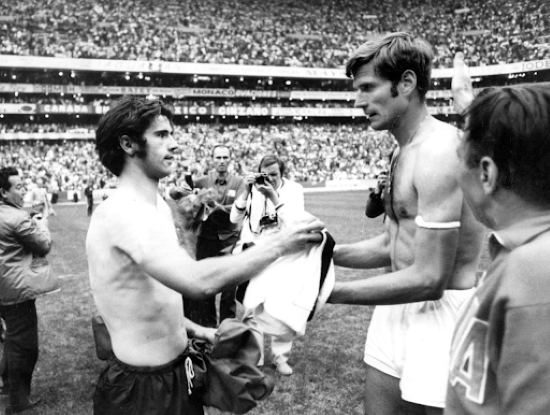 He would also become a World Cup winner in 1974 and score the winning goal in the Final against the Netherlands with a memorable turn and shot. Along the way, he won League titles and Champions Cups (three consecutive ones) with Bayern Munich and helped turn a club into a Legend and one of the world's most famous brands. Much of what is Bayern today is in no small part thanks to the legacy built by Müller, Beckenbauer, and the rest of his teammates.

On an individual level, Müller was the Bundesliga Top Goalscorer on seven occasions and was also Europe’s Golden Boot winner on two occasions. I would learn of his backstory; the man from Nördlingen was born on November 3rd, 1945. He left his hometown club TSV 1861 Nördlingen and signed for Bayern Munich in 1964. It was said that then-Bayern Manager, the former Yugoslav International, Zlatko Čajkovski, had opposed his signing. However, Bayern’s President was insistent on his signing. Müller and Bayern did not look back with honors and titles galore for the next decade and a half.

His National Team career was just as impressive as he was part of one of West Germany’s Greatest Generations. He would win the 1972 UEFA European Championships and the 1974 World Cup. He was also the West German National Team’s record goalscorer for decades with 68 goals (until recently broken by Miroslav Klose). After winning the World Cup in 1974, he surprisingly retired from the National Team. He was still relatively young (28) and perhaps could have carried on but chose to leave at the top.

In this second half of the 70s, the aging Müller started growing a trademark beard that he would have for the rest of his days. In this latter half of the decade, Bayern would also drop in form and lose their domestic dominance. Müller ended his association with Bayern in 1979 after a dispute with Manager Pal Csernai. He chose to join Fort Lauderdale Strikers of the NASL, as was the trend in those days for some European players in the twilight of their career.

He would play his last two years as a Professional player in Florida before retiring in 1981. He remained in Florida for a few more years and ran a Restaurant before returning to West Germany. His name came back in the news in the Fall of 1991. It came to light that he had been suffering from Alcoholism and had financial problems after some failed business dealings.

His old Bayern teammates (Hoeness, Beckenbauer, and Rummenigge), now executives on the Bayern board, took him back to the fold and involved him with the club in a bid to help him heal. His physical condition would deteriorate over the years, and in 2011 at a training camp, he went missing for nearly a day before he was found in a confused state.

By 2015, he had moved into private care as his condition had worsened. He remained in this state for the last years of his life as he recognized less and less of his former friends and was mute and restricted to a wheelchair. A sad end for the greatest striker of his generation, if not all time.

Over the years, I debated with Football friends who was the best striker of any era, and I often felt that it was Müller. I have believed as a pure goalscorer; there was no one like him. There have been technically more gifted strikers, but no one like Müller, who only existed to score goals and nothing else.

He was also criticized for just offering nothing more than that. In one of his articles, I remember English writer Brian Glanville recounting that 1970s West German Pentathlete Heide Rosendahl was dismissive of Müller by stating that “All he does is score goals.”