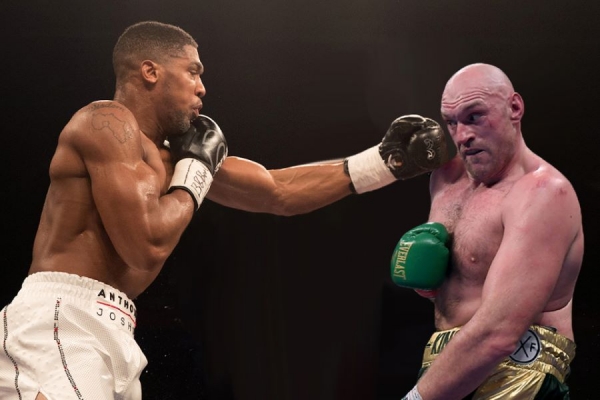 It took a judicial ruling to scupper or at least postpone the all-British undisputed world heavyweight championship bout from this summer that boxing fans crave.

There are now other obstacles besides contracts that Tyson Fury and Anthony Joshua must overcome if they are to finally face off.

The Gypsy King has a trilogy of bouts with Deontay Wilder to complete first. It is what Fury signed up for after all and contractually obliged to honour on the night of 24 July in Las Vegas. This third encounter between the pair over the WBC heavyweight title comes with the tagline “Once and For All” implying that we will have finality to the feud with no more rematches.

Manchester native Fury has scaled the heights of boxing twice in an undefeated professional career. His 2015 victory over Wladimir Klitschko brought four world title belts with it only for personal demons to take hold. The Gypsy King rehabbed and returned to the ring, however, after winning his battles outside of it.

Once he proved that he had still got it, Fury fought the then-undefeated champion, Wilder, in the Staples Center to a split decision draw. As if penned by some scriptwriter from the movies, The Bronze Bomber lived up to his name and twice knocked Fury down to the canvas only for him to get back up on both occasions and complete the fight.

Draws are a rare outcome in combat sports, so that is why they have the longest odds in outright boxing match winner markets. Predicting fight outcomes and the method of victory have also become more popular as gambling on the action inside the ring has got increasingly sophisticated. Live betting is another such innovation, and you can bet on bouts in-play by using asiabet.org to track down the best boxing betting sites. New fans may find some useful tips on this site if they're new to the betting community.

There just had to be a rematch and it panned out quite differently to the first encounter. When they met again, Fury lived up to his name by going on the offensive. Gone was the patient, probing style he had become known for. The Gypsy King wasn’t waiting for openings and picking his spots. Instead, his all-out attack left Wilder stunned and beaten inside seven rounds.

A whole unbeaten career went with the American’s corner throwing in the towel. This chastening experience may well have played its part in Wilder refusing to step aside and give up his right to a rematch. His feud with Fury has been full of surprises so far, and the third and final encounter may be no different in this regard.

Later on this year, the other British boxer who can call himself world heavyweight champion now takes on a mandatory challenger as ordered by the WBO. Joshua collides with former undisputed cruiserweight champ Oleksandr Usyk on 25 September with the Ukrainian southpaw yet to taste defeat in 18 professional fights.

After his exploits in the weight class below, there is a feeling that Usyk has been fast-tracked into the title picture somewhat. Not all the boxing organisations that recognise Joshua as a world heavyweight champion agree with the WBO’s assessment of the number one contender either, but that is straying into the very muddy waters of sport and politics.

Usyk was a dominant force at cruiserweight after winning the 2017-18 World Boxing Super Series. Since collecting all the gold in that division, he has beaten a couple of Joshua’s contemporaries and compatriots when knocking out Tony Bellew before moving up to heavyweight and getting a unanimous decision win over Derek Chisora, who lost to Fury way back in 2014.

The two fights Usyk has had after vacating the cruiserweight championships haven’t exactly told us much about his credentials. Joshua has just one blemish on his own record in 25 professional fights with the embarrassing loss to Andy Ruiz Jr in 2019, which he soon put right and regained the WBO, WBA (Super), IBO and IBF heavyweight titles in a rematch out in Saudi Arabia.

AJ has fought once since, defending the belts against Bulgarian boxer Kubrat Pulev – an opponent he was originally supposed to face in 2017 until a late injury meant Carlos Takam stepped in with less than a fortnight’s notice. When they finally met, Joshua’s victory came via KO early in the ninth round.

Only Mexican American fighter Ruiz and New Zealand’s Joseph Parker have taken AJ all the way. He has youth on his side against Usyk but also greater experience after being in more fights in the paid ranks. We have some idea of what to expect from Fury and Wilder, as unpredictable as their rivalry has been, but Joshua’s next opponent has the potential to be a major hurdle on the road to the best British heavyweights of their generation getting it on in the ring.