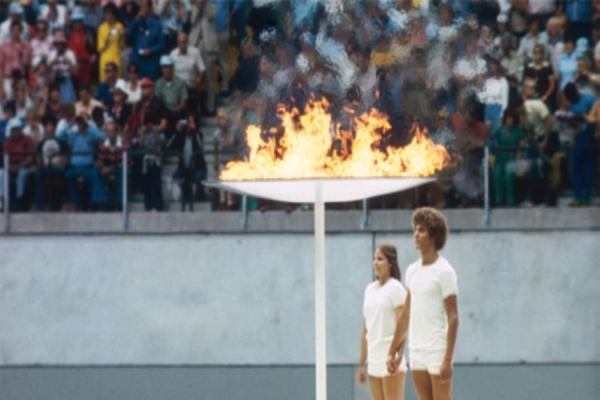 The Olympic flame first appeared during the 1912 Stockholm Olympics. The flame was three lit candles, but it took until 1928 at the Games IX Olympiad in Amsterdam before the first Olympic torch appeared.

An employee of the Electric Utility of Amsterdam lit the first Olympic flame in the Marathon Tower of the Olympic Stadium in Amsterdam.

Four years later, at the 1936 Berlin Olympics, a relay of runners came from Athens to Olympia then onto Berlin. It took several months to bring the torch through Greece, Bulgaria, Yugoslavia, Hungary, Austria, Czechoslovakia, and eventually Germany. There were 3,330 runners involved, and Erik Schilgen brought the Olympic Torch into the Berlin Olympic Stadium. 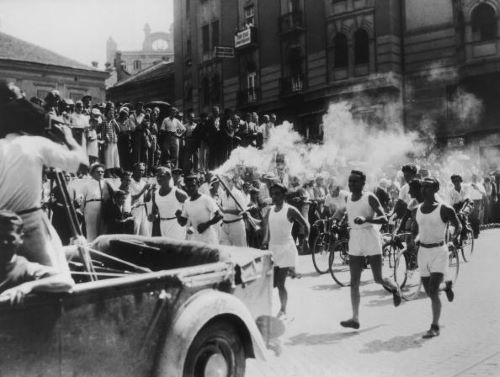 Carl Diem, the secretary-general of the Organizing Committee of the Games of the XI Olympiad in Berlin, had the relay idea. Although never formally established, many believe the National Socialist Government of Germany promoted the torch relay to propagate the myth there was a link between the Berlin games and the rituals and gods of Ancient Greece. The Krupp armaments company produced the torches in wood and metal, inspired by an olive leaf, and Leni Riefenstahl later staged the torch relay for her 1938 propaganda film Olympia. In any event, the torch relay proved so popular it became a regular feature of the Modern Olympiads. 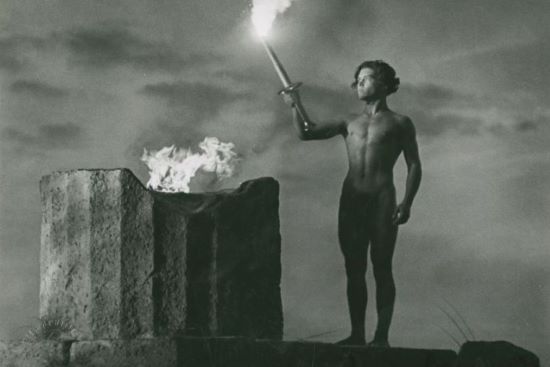 The Olympic flame was ignited in Olympia at the site where the temple of Hera (wife of Zeus) used to stand. Eleven women representing the Vestal Virgins use the same ancient fire lighting method using the sun's rays, and a concave mirror called a skaphia.

This event is thought to be in part inspired by the ancient lampadedromia torch races held in ancient Greece circa 6th-5th centuries BCE. The fire was used in the cult worship of Prometheus, who defied the gods by stealing fire from the gods and giving it to mortals. During the Ancient Games, there was also a "sacred truce," or peace declared across ancient Greece in the months prior to the Olympic Games pragmatically; this was to allow participants to travel to the games. The amnesty was broadcast by runner messengers, and the combination of fire and relay provided an appropriate theatre for the occasion of the modern games in Germany.

The Olympic Torch Relay ends on the day of the opening ceremony in the central stadium of the Games. The last carrier is often kept unannounced until the last moment and is usually a sports celebrity of the host country. The final bearer of the torch runs towards the cauldron, often placed at the top of a grand staircase, and then uses the torch to start the flame in the stadium. It is considered a great honour to be asked to light the Olympic Cauldron. 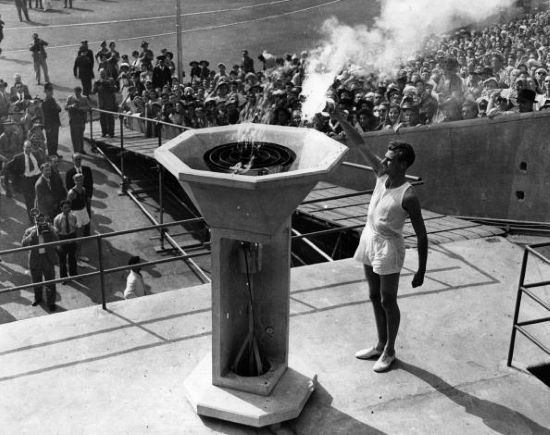 The first well-known athlete to light the cauldron in the stadium was ninefold Olympic Champion Paavo Nurmi, who excited the home crowd in Helsinki in 1952. Other famous bearers of the torch include French football star Michel Platini (1992), heavyweight boxing champion Muhammad Ali (1996), Australian aboriginal runner Cathy Freeman (2000), and ice hockey player Wayne Gretzky (2010). On other occasions, people not so famous have been chosen to symbolize Olympic ideals.

Japanese runner Yoshinori Sakai was born in Hiroshima on August 6, 1945, the day the nuclear weapon 'Little Boy' destroyed that city. He symbolized the rebirth of Japan after the Second World War when he opened the 1964 Tokyo Games. At the 1976 Games in Montreal, two teenagers were chosen, one from the French-speaking part of the country, one from the English-speaking part, to symbolize the unity of Canada. Once lit, the flame continues to burn throughout the Olympics and is extinguished on the closing ceremony day. 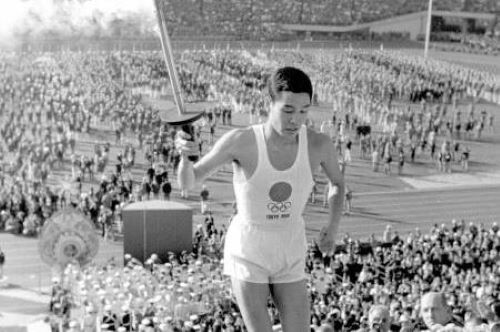 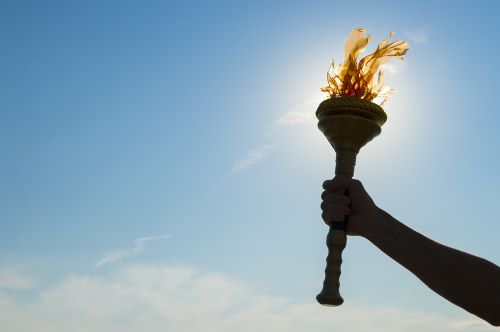