Should Manchester United be Happy With Their Progress This Season? 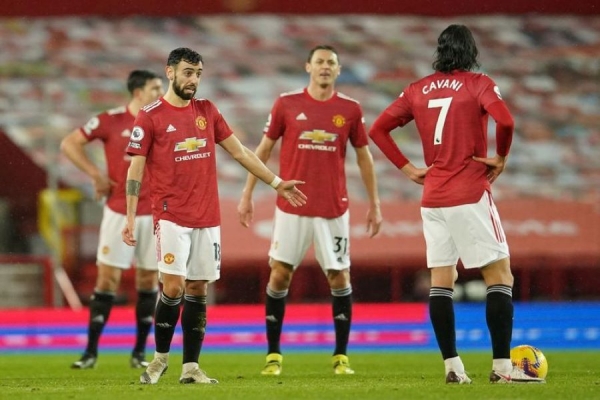 Manchester United have had their best season in the Premier League since the 2017-18 campaign when they finished second under Jose Mourinho.

Ole Gunnar Solskjaer’s side has kept a firm grip on second place in the league throughout the campaign, and also managed to make it to the final of the Europa League. The Norwegian’s predecessor achieved both of these feats as well, but not in the same season. Bettors may be tempted to have a punt on United going all the way next term – if they manage to build on their progress from this campaign.

Europa League Final Had to be Achieved

At the start of the campaign, Solskjaer was given the target of finishing in the top four in the division and making it to the final of the Europa League. The former United player has gone on to meet the objectives set for him and is almost guaranteed to remain in the hot seat at Old Trafford next season.

The Red Devils have been impressive in the second-most prestigious tournament on the continent this season, and the Europa League odds have them at 3/4 to go on to win the competition when they face Villarreal. Indeed, the Europa League winner odds from Betfair expect the English outfit to beat their Spanish counterparts so convincingly that Villarreal is at odds of 7/2 to win at the time of writing.

If Solskjaer’s side manages to lift the trophy in Gdansk, they should look to take that momentum into the next campaign. With Champions League football confirmed, the country’s most successful club should be able to attract the big-name signings they need in the summer.

Should be Used as a Building Block for Next Season

Solskjaer will be urged to use this successful campaign as a building block and not get complacent. The players at his disposal have performed well this term, but there are still some glaring problems within the set-up.

Edinson Cavani has already signed a deal to stay another year at the club, but this shouldn’t stop United from going into the market for a proven goalscorer in the summer. Even though Cavani has been an incredible signing, the 34-year-old is no longer able to play week in, week out. Bruno Fernandes has been the top scorer for the club this term, highlighting the need for a goal machine like Harry Kane.

The other weak link that needs addressing is in the centre of the park, with many fans calling for the replacement of Fred. Solskjaer would be wise to look for a world-class general who can operate on his own, rather than in a two-man defensive midfield structure. United needs their own version of Kalvin Phillips at Leeds or N’Golo Kante at Chelsea. Playing one man in front of the back four instead of two would open up another place in attack, meaning that underused signing Donny van de Beek could get more minutes.

With many people wondering if Solskjaer would last the season, the manager has proven a lot of doubters wrong. He can be happy with his team’s progress to this point, but he does need to make the right moves in the summer. If the Red Devils can address their most glaring issues, it may be worth a punt on them winning the league next time out.