Over Land and Sea Documentary, Asks What Makes A True Football Fan ? 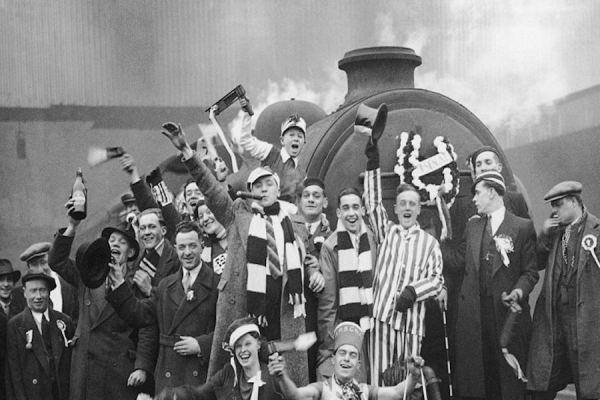 Betway’s new documentary features West Ham's Mark Noble and Declan Rice who investigate whether you can be a true fan if you live on the other side of the world to your beloved club.

Well, personally speaking, I might live not over the other side of the world, yet I do support Juventus. Yet that is due to my Italian heritage and at one time, the hardcore of the Italian national team was mainly formed by Juventus players, known as the Juventus Bloc. Furthermore, the two-post war Italian World Cup-winning sides of 1982 and 2006 were certainly from this famous Bloc. As I said, I support Juventus, because of my roots, and there are millions like me that support a team because of their ancestry.

Yet this documentary goes beyond geographical, and family ties, to explore the growth of fans of Premiership teams when TV companies across the world realised, they were a massive market for live football, which in turn as created a massively growing fan base. Going back to my beloved Juventus, there is a growing fan base in Mexico, and Manchester Utd, Liverpool and such like are huge in Asia.

Yet not being season ticket holders, and to attend an actual match, would be the equivalent of a nice holiday. So, can they be true fans?

West Ham and Betway’s documentary, Over Land and Sea, attempts to answer the question.

Over Land and Sea tells the story of Pan, a West Ham fan born and lives in Shanghai, China. Yes, the Hammers, from the East London, A team that is handed down from father (mother) to son (daughter), from Canning Town to Barking, most West Ham fans are born with claret and blue blood in their veins.

So Over Land and Sea ask why Pan does support a team, not the big six, Manchester Utd, Manchester City, Liverpool, Chelsea, Arsenal and more recently Tottenham Hotspurs, but a team who are not likely to finish in the Premier League’s top six. Pan also discusses who his favourite current and legendary West Ham player is, what the Irons means to him and how does he follow West Ham.