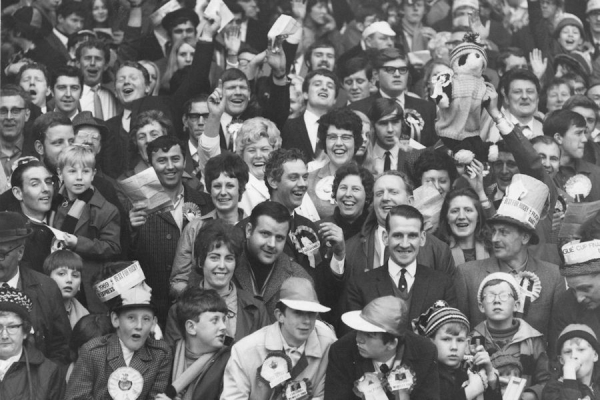 You dream of playing in a Wembley final as a young kid and when you get there you don't perform and it can stay with you for a very long time. Unlike at Manchester United, Arsenal and Chelsea in recent years, you don't get the opportunity too many times to go back and show a 100,000 the real you.

Let's not forget that two of my heroes, Johnny Haynes and George Best, never walked out for a FA Cup final at Wembley with George getting the closest in 1970 when Leeds United knocked his United out at the third attempt in that other semi-final when we were waiting for the winners.

Then there were grounds where no matter how much I tried I had a nightmare, like at Liverpool and Everton and it seemed every time I went back I tried too hard, which might sound a little ridiculous but you can do such a thing. I know because I have and by trying too hard it put me off my normal game of being completely relaxed and composed. It's much like trying to impress someone when being your normal self is the best way to go about things. Old Trafford was a ground that for some unknown reason Chelsea teams had an unbelievable record at from the mid-60s to the mid-80s. My first time was a dream actually walking past their home team dressing room where they used their very own liniment and it was if it was reminding you where you were. The thought of George, Bobby Charlton, Denis Law and Paddy Crerand coming out into the tunnel was something hard to explain when only a year ago you were watching them on Match of the Day. And then there was going to Liverpool where Bill Shankly would stand under the sign THIS IS ANFIELD as we walked through the corridor to our dressing room, and he'd welcome us with one quip or another. 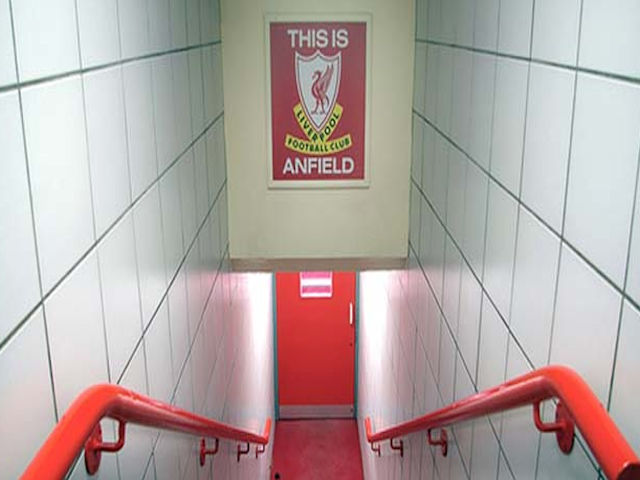 Quality! I remember my first time there he came into our dressing room like he was reminding you where you were. I heard a great story about this wonderful man while I was at a very early age and there were no substitutes. A Liverpool player got injured and as the trainer/physio was about to take his boot off Shankly screamed at him, “Don't do that you'll never get it back on,” such was the swelling of the ankle. The biggest difference I found when walking into the NASL dressing rooms was that you could have a game of Head Tennis in some of them. Our Seattle dressing room, of course, belonged to the Seattle Seahawks NFL team and the Sonics NBA team, and you know how many of them there are. The Head Tennis was the best warm-up exercise of any I ever had, it not only warmed you up and stretched you properly it helped you get your touch. You must remember back in my day we only had one substitute and the place was still crowded so the readjustments of such places today quite incredible.

The last ten minutes before kick-off were crucial. The one outstanding 15 minutes of my entire career came on 23 February 1974 in front of the biggest crowd of the season of 39,598 at the Victoria Ground - be it at the interval. It beat my debut against Liverpool which was 32,789 and the third best was against Chelsea for the first Sunday match in front of 31,985 fans. They were the only 30,000-plus crowds of that season. These all took place in my first couple of months in a red-and-white-striped-shirt and were all fantastic advertisements for our game. Only a late equalizer by Tommy Smith spoiled my brilliant debut against Shankly's 'great' Liverpool team and my match against Chelsea was memorable for me because I had regained my long lost confidence and put on a super performance for my new crowd.

Then came that match I began with when Don Revie brought his 'Band of Angels' to the Old Vic with the intention of breaking the League record of 29 League matches without defeat. We had other ideas. I could not have asked for two better matches than Liverpool, who was my last opponent for Chelsea two weeks prior, and then my old club which saw me captain for the day, to adjust into life in the Potteries. I justified captaincy by running my former teammates ragged. So, it was on to Bremner and Giles for me and John Josh Mahoney and Joe Jordan and Allan Clarke for Alan Bloor and Denis Smith. I just loved the match-ups. It meant you were responsible and at 2-0 down that responsibility for both Josh and I was slipping away as the yellow-shirted team from Yorkshire were beginning to start playing their party games, but in the 27 minute our left-back Mike Pejic blasted a free-kick past David Harvey and I followed him eight minutes later when a long Jimmy Robertson cross swung across the Victoria Ground to where John Ritchie was waiting at the far post. The big Number 9 superbly cushion it into my path, 2-2 (Desmond).

I don't need to tell you how we didn't want the half-time whistle to blow. But it was inevitable when we were called off for whatever teams did for that 15 minutes and I say that because this was something I'd never experienced. I stood in the bathroom where there was a huge mirror on the left-hand side of the surrounding baths and showers and was freshened up and had changed my long sleeve shirt to a shirt-sleeved one. I thought this was something on a very chilled day that would show Leeds our intention. However, it was more of what I heard than saw in that mirror that told me the boys were ready to get back out there because the rattling of those aluminium studs on those old dressing room tiles said it all.

The buzzer went and I have never been so certain of a result going our way, and so it proved to be as Denis Smith dived full length to turn a Geoff Hurst header from the impressive Jimmy Robertson's corner past poor David Harvey. Denis said on a DVD interview that he received thousands of cards and messages from all over the world and that about summed up that incredible afternoon. I still hear it spoken about today in the local pubs some 45 years on.....need I say no more than had Leeds had gone on to win that match it would have been a very tough pill to swallow knowing they broke the record against you, but thanks to the wonderful spirit we had in that team we overcame not only their swagger but their dreams. Stoke-on-Trent on that night was something else. I walked into the North Staffs Hotel to have drinks with my family and friends before they boarded the London, Euston bound train and you could cut the atmosphere with a drink stirrer. It's days like that when hanging up your studs that you look back and miss so very much and, by the way, oh how we loved beating Leeds United and you-know-who!