The Good, The Bad and The Ugly: Assessing the Premier League sides' ties in the UEFA Champions League Last 16 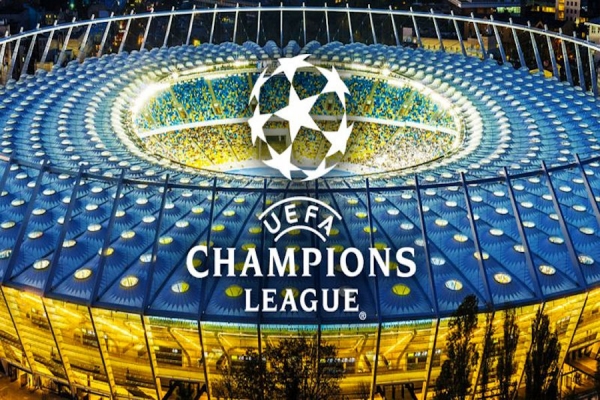 Monday, December 17 saw the knockout stages of the UEFA Champions League take place at UEFA headquarters in Nyon, Switzerland. The competitions look as stacked as we’ve seen in many years, with the big guns of European football largely emerging unscathed after the group stages.

And once again, Premier League sides featured prominently in the draw as the cream of English football learned the identities of their opponents as they reached the business end of their respective European campaigns. The Champions League last 16 sees the competition switch to good old-fashioned knockout football, with the games played in a two-leg, home and away format, with the winners on aggregate progressing to the next stage of each competition.

THE GOOD: Manchester City vs Schalke 04

Pep Guardiola probably couldn’t have had a better draw if he’d picked it himself. Of all the sides in the Champions League knockout stages, Schalke look to be struggling the most domestically. Languishing down in 13th position in the 18-team league, the Gelsenkirchen side are closer to a relegation battle than they are a place in Europe next season and under fire from pundits over some of their decisions in the transfer market.

At the time of writing, Schalke have lost twice as many games (eight) as they’ve won in the Bundesliga this season, and with an away game at Bayern Munich just a few days before they are due to face City, confidence could be on the floor by the time Guardiola’s men arrive at the Veltins Arena. And Schalke’s stadium gives the City boss more reason to be cheerful. During his three years in charge at Bayern Munich, he never lost against Schalke, and registered 4-0 and 3-1 victories at the Veltins Arena during his time in the Bundesliga.

The bookies seem to agree that City face as good a draw as they could have wished for. They were the betting favourites to win the Champions League before the draw, but since they drew Schalke, their odds have shortened, with sports betting site Betway offering 11/4 as of December 18 on City to lift the European Cup this season.

Make no mistake, Spurs are in the midst of one of their best-ever seasons, but even they must have put their heads in their hands when they drew Bundesliga high-flyers Borussia Dortmund in the Last 16 of the Champions League. After an excellent performance saw them snatch a 1-1 draw against Barcelona at the Camp Nou, Spurs fans will have little to fear heading into the knockout stages.

But in Dortmund, they’re facing one of the toughest sides in the competition. Dortmund have lost just once in all competitions this season - a 2-0 reverse at Atletico Madrid - but other than that lone slip, they’ve looked superb. That defeat aside, Dortmund haven’t conceded in any of their other Champions League group games, and they’ve looked decent going forward, scoring 10 goals, including four against Atletico at home.

Spurs have the quality to match them, but they’ll need to be at their very best to progress through as tough a tie as they could have faced in the last 16. Liverpool also face a tough task against perennial Champions League contenders Bayern Munich, but with their form currently sky high domestically and Bayern off the pace in the Bundesliga, Jurgen Klopp’s men will be slightly more confident than Mauricio Pochettino’s side heading into their respective Last 16 games.

Manchester United have undoubtedly drawn the toughest assignment of all the Premier League sides in the latter stages of European competition this season. If it wasn’t bad enough that Jose Mourinho was under pressure after a near-disastrous season in the Premier League, his side now faces arguably the most potent attacking threat in European football.

Paris Saint-Germain’s three-pronged front line of Neymar, Kylian Mbappe and Edinson Cavani has the ability to punish even the tightest of club defenses in European football. But against United, the side from the French capital won’t be facing one of the tightest defenses in European football. Not in the slightest. While United's great side of the mid-late 2000s featured English libero Rio Ferdinand as its defensive lynchpin, they lack anything approaching his level of quality in 2018/19. Instead, United have to content themselves with fielding the likes of Chris Smalling, Phil Jones and Eric Bailly, who haven’t exactly been water-tight at the back for the Red Devils this season.

It’s led to a host of memes, gifs and much mirth at the United defenders’ expense as fans have queued up on social media to mock United’s chances ahead of the tie. The 2018/19 Manchester United side is a far cry from the halcyon days of the Busby Babes, and it's fair to say they face a monumental task if they have designs on a place in the quarter-finals.