The Magnus Force: Can You Bend It Like Beckham on ZANI ? 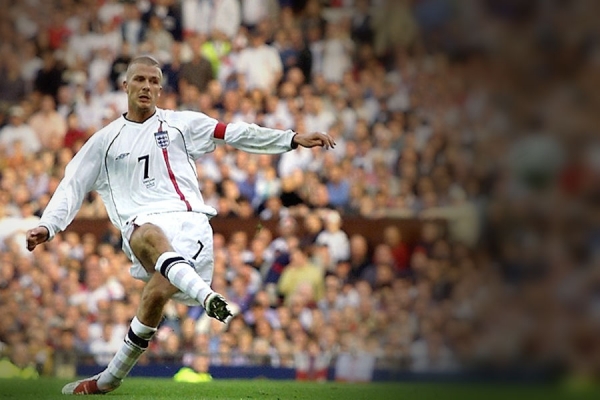 Reuters Reuters
Researchers at Queen's University, Belfast have suggested the human vision system is unable to predict the trajectory of a curving ball through the air. If true, this means goalkeepers are handicapped and rely on chance to save rocket shots from sharpshooters like Zlatan Ibrahimović or Lionel Messi.

Goalkeepers were asked to watch a computer simulation of spinning shots of 600 revolutions per minute and predict how the spin would influence the ball’s trajectory. Even professionals failed to do this. Spinning balls do not occur naturally and the side spin on the ball produces something called a Magnus force. This accelerates the ball in a direction that humans simply cannot visually process and the skill of the keeper to make a save from a bending ball is based on an educated guess.

The Magnus effect was first described by German physicist Heinrich Magnus in 1853. It is a product of various phenomena including the Bernoulli effect. According to Bernoulli's principle, the pressure is lower on the side where the velocity is greater, and consequently, there is an unbalanced force at right angles to the wind. This is the Magnus Force. Another variable is the formation of boundary layers in the medium around moving objects.

The boundary layer is that layer of fluid in the immediate vicinity of a bounding surface. In the atmosphere, the boundary layer is the air layer near the ground affected by diurnal heat, moisture or momentum transfer to or from the surface. The Boundary layer effect occurs at the field region in which all changes occur in the flow pattern. The boundary layer distorts surrounding nonviscous flow. It is a phenomenon of viscous forces. This effect is related to the Leidenfrost effect and the Reynolds number.

The ball spinning through the air creates a whirlpool of rotating air about itself. On one side of the object, the motion of the whirlpool will be in the same direction as the wind stream that the object is exposed to. On this side the velocity will be increased. On the other side, the motion of the whirlpool is in the opposite direction of the windstream and the velocity will be decreased. The pressure in the air is reduced from atmospheric pressure by an amount proportional to the square of the velocity, so the pressure will be lower on one side than the other causing an unbalanced force at right angles to the wind. The overall behaviour is similar to around an aerofoil with a circulation which is generated by the mechanical rotation, rather than by aerofoil action. An experienced player can place a wide array of spins on the ball, the effects of which are an integral part of the sport itself. The way the ball spins and changes the air flow can really confuse the opposition," says Dr David James, of Sheffield Hallam University, Centre for Sport and Exercise Science.

The surface of the ball is affected by its shape and stitching which increase traction between the ball and boot. The Adidas Telstar 18 has six textured panels. These are not stitched but seamlessly glued together. This makes the ball a lot more round with better sphericity, so it behaves more like a billiard ball than the traditional bladder. Changes in the design of football boots including improved traction on the boot upper and greater sole stiffness combine to give better control of the ball by the player.