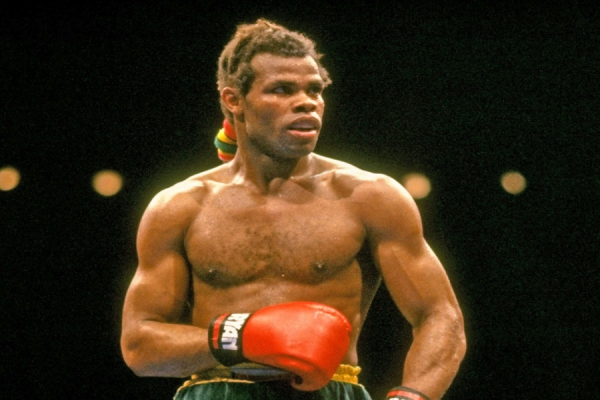 Brought to us by the ancient Greeks, its edges neatly rounded off by the Marquis of Queensbury in 1867, before being wrapped and packaged for the masses by TV in the 20th century,

Boxing has essentially remained the same throughout the ages. Two opponents, usually men, fight hand to hand, toe to toe until one is declared the winner. For a man to stand face to face with an equal and rely purely on his ability, endurance and will in order to survive, must be the most honest and brutal form of sport possible? Even so, when in 1980 Roberto Duran declared ‘No Mas’ halfway through the 8th round of his 1980 rematch with Sugar Ray Leonard the shock was palpable. To be stopped by a referee, a knockout blow or judged by a panel of your peers to have been beaten by a better man are all perceived preferable than to just say ‘No Mas’ turn, and walk back to your corner.

This wasn’t what warriors did or do, and not what a warrior with the pedigree of Roberto Duran, who’s ‘Hands of Stone’ had allegedly put a donkey on the canvas. Yet, there in the New Orleans Superdome Duran did exactly that! Five months on from his unanimous decision victory over Sugar Ray, Roberto Duran handed over the WBC Welterweight title, headed back to his corner and left a perplexed boxing world asking, ‘Where does Duran go from here?’

The comeback trail got off to a respectable start with two unanimous decision victories in 1981 against Nino Gonzalez and Luigi Minchillo respectively. Duran then stepped up to Middleweight and on 30th January 1982 fought Wilfred Benetiz for the WBC Light Middleweight title. Benetitz, a Purto Rican who became world champion at 17 years of age, held world titles in three separate weight divisions during his career, confounded expectations in taking the 15 round fight to Duran and securing a unanimous points win. The promoter Micky Duff had Benetitz a full 8 points ahead of Duran. Never one to let an opportunity pass, is it possible that there at ringside Mickey Duff, reportedly the sharpest boxing mind of his generation spotted his opening? With two title defeats from his last four fights Duran and his promoter Don King needed a credible, yet ultimately beatable opponent, a bit of target practice. In the opposite corner stood Mickey Duff and Kirkland Laing. 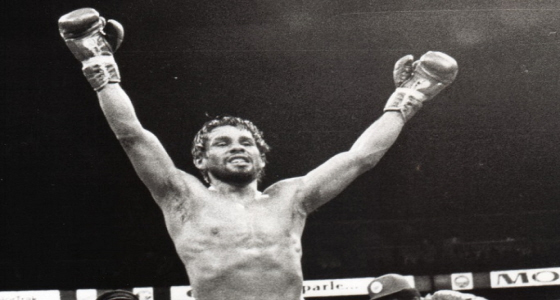 Born in Jamaica in 1954 Kirkland Laing ‘The Gifted One’ was an enigma, an undisputed Jamaican boxing talent who loved boxing, women and weed in no particular order. Moving with his family to Nottingham as a child, he soon showed a natural talent for boxing becoming National Champion at schools, junior and senior ABA level. Turning professional at 20 years of age, 13 fights, 12 wins and 1 draw later Laing claimed his first title the BBB of C British Welterweight Title. But by the time he was lined up to fight Duran, Laing’s boxing career was undergoing a standing eight count. Eighteen pervious victories despite burning the candle and the herb at both ends had caught up with the rubber limbed Laing as he lost two of his next three fights. With his best years apparently behind him and a penchant for ill-discipline Laing was seen as perfect cannon fodder by the Duran camp.

Both fighters entered the Cobo Hall in Detroit in Sept 82 needing to salvage pride and regain some much needed momentum. Whilst both men shared similar tastes in extracurricular activities they were polar opposites in the ring. Duran, a brutal bull of a man, relentless and predatorily, wore opponents down with a constant pummeling from the wrecking ball hands of stone. Laing, loose, fleet and swift, used gorilla hit & run tactics. In, hit, damage, and out again before the opponent realised. Micky Duff knew Laing had the style to frustrate Duran just as Sugar Ray had done previously. Duff’s biggest challenge was keep Kirkland straight, focused and away from Detroit’s party central! The undoubted underdog, a crescendo of boos’ and jeers escorted Laing through the crowd and into the ring.

From the bell Duran charged. Incessantly on the front foot he sought Laing with the impatience of man tasked with a job he didn’t really want to have to do. This fight, from the Duran camps perspective was a step that needed to be taken to get the ‘hands of stone’ back on a title belt. Laing, fearful of the dirty tricks Duran was known for, (elbows, headbutts, low blows were all part of the Duran arsenal) had heeded Duffs advice. The late nights and fuggy headed mornings had been put to bed during his three weeks in Detroit. Laing was sharp, focused and alert, his synapses firing on all cylinders. This gap toothed, slippery, intelligent eel, side stepped, skipped and sweetly jabbed at an increasing frustrated Duran. Whilst there was none of the jut-chin goading as Laing exerted his influence on the fight with ESPN commentator Sal Marchiano, stated "I don't remember seeing a fighter with this braggadocio bullying Duran round the ring." 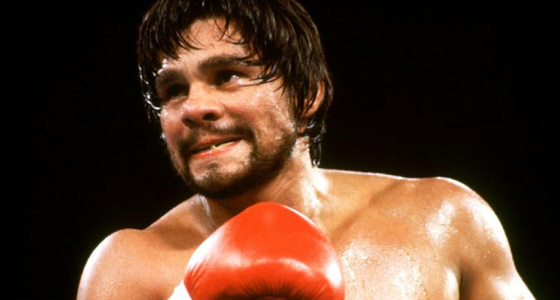 Throughout the fight Duran shook his fists, prowled, and baited Laing into a brawl. However, those early-to-bed-nights and hours spent under the watchtower gaze of Mickey Duff briefly, installed the discipline Laing had been, and would, subsequently continue to miss. Yells and jeers greeted the last ding of the final bell, Laing and his corner celebrated; confident the performance had reduced the ‘hands of stones’ to dust and rocks. It’s at this point of the tale with the boosters reignited, we go on to talk about the diamond encrusted success tale that Kirkland Laing became. A boxing display of undoubted class and confidence, against one of the most dangerous fighters of the time, should have been the catalyst for Laing to rise, like the ‘Lion of Judah’ conquer his peers and cement the ‘Gifted Ones’ place in history.

Unfortunately, those bafang (splayed) feet, one faced North, the other South, as Laing used to call them, where planted in sand. The momentum gained from his victory in Detroit derailed almost as soon as it left the Cobo Hall that evening. Dependent upon your point of view, either Laing slid back in to the ganja groove where long nights and late mornings merged into a sweet fug of satisfaction and glory basking. Alternatively, the fights he was supposed to be lined up for, Don Curry, Milton McCory never materialised due to lack management or possibly a sore Don King feeling he’d been out maneuvered by Mickey Duff refusing to play ball? Whatever the reasons, nine months on from his debacle in Detroit, Duran was a world champion again, it would be almost twelve months to the day before Laing would even fight again.

The simplest thing to say when reading the story of Kirkland Laing is he threw away a god gifted talent. That he never made the most it, that he wasted his natural ability, but did he? For some once is enough, for others the need to continually prove oneself never goes away. Whichever is right and which one is wrong is entirely subjective. However, for one night in 1982 Kirkland Laing sharpened his small axe, cut down a big tree and, soaring above expectations had his day in the sun. How many of us can say the same? 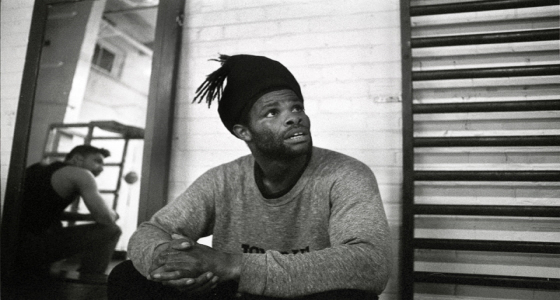