Get Back – What if The Beatles Got Back to Where They Once Belonged? 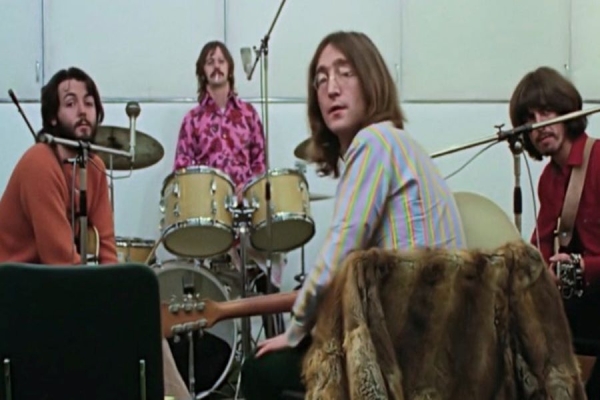 Two words that cover a multitude of hopes and dreams. What if the last ever live appearance by The Beatles on top of their Saville Row Apple HQ in 1969, wasn’t their last? What if after grinding the pavement to gridlock they all looked at each other and thought, FK yes!

Never mind floating off downstream, singing Hari Kirshna, and sleeping in bags, this is what we should be doing. What if they all thought Macca was right, we are a bloody good rock n roll band, let's get back out on the road.

What if, The Fab Four had stayed together? Would Macca’s Band on the Wall have been a Beatles album? Would John & George have been harmonising on Jet? Would George have released ‘All things must pass? Would John, have moved to New York and been shot if he’d stayed a Beatle? Would Ringo still be Ringo, probably, yes? 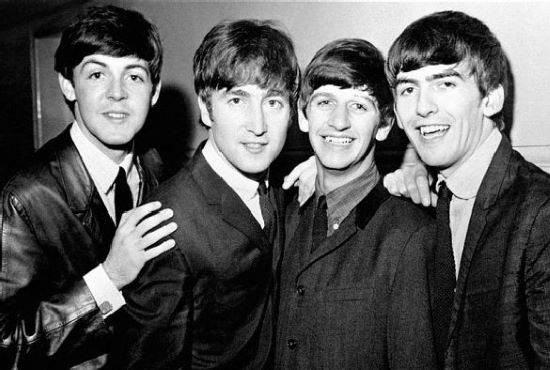 As the swinging 60’s slid down into the economic gloom of the ’70s and the generation who grew up enthralled by The Beatle's constant re-invention and creativity, picked up their own guitars, where would the 70’s Beatles have sat?

Would there be a Who-like metamorphosis into all-conquering stadium rock gods? Imagine John, bare chest, hair flowing and screaming out to a vast crowd that ‘Tomorrow Never Knows’. Or, forever ahead of the curve would they anticipate Glam before Bowie & Bolan? Macca & George, platform stacked, shimmering in glitter, shaking their dayglo Moptops to a Glammed-up Love Me Do?

Or would they have simply faded away, instead of burning out, as the perennial end of the pier seaside favourites part of the Solid Silver 60’s cabaret tour, like their Liverpudlian counterparts Gerry & The Pacemakers? As we know none of the above happened and the trail-blazing stars of Hamburg finally fell back to earth, publicly disintegrating in a tabloid frenzy of sniping and snide asides. 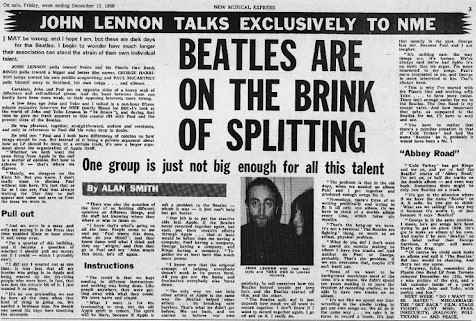 Clocking in at over 8hrs, in three parts, the Peter Jackson’s Beatle documentary Get Back, is an investment. You’ve got to want to watch it. It isn’t for the casual observer. Just because you’ve got the Red and Blue albums doesn’t mean you’ll want to watch John & Paul gurning their way through ‘The Two of Us’. You don’t have to be an uber-fan to watch it either though. Anyone who has had experience of being in a band will instantly recognise the wilful procrastination and the seemingly lack of productivity.

The premise behind Get Back is to record a new LP, a film of the making of the LP, and culminate in a live performance all within 17 days. An announcement of sort, the Beatles are back! Initial rehearsals in a cheerless, cavernous Twickenham TV studio are as the environment would suggest, bleak. The studio lacks feeling and soul, time drags and vibes aren’t good, man.

Macca is prompt, if not the first, he’s the next one there. John is for the most part stoned. George, whilst the dandiest of the 4, remains forever on the outside and sullen, ‘I’ll play whatever you want me to play’ Fully understandable when he brings All things Must Pass and they jam on Maxwells Silver Hammer, complete with Anvil, and Ringo is Ringo as Ringo is. 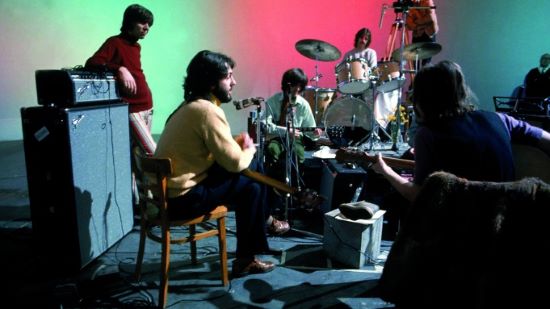 The first episode is drawn out and despite Paul's best attempts to cajole and carousel, it culminates with George, leaving the band. There’s no histrionics, no smashing guitars, shouting or swearing, just a benign ‘See you in the clubs’.

Without the rigid tour, record, release cycle, The Beatles flourished in the studio, imagination unleashed. Create an alter ego, bosh! Done. Run the guitar loop backwards, bosh! Done. Splice two entirely different tunes together, bosh! Done. Sing about Octopuses, Walruses, and Newspaper Taxis, easy. The vibes were good, the drugs were good. They were John & Paul, they were The Beatles, they had the Midas touch.

A change of scene was required. Twickenham abandoned; they relocate to their Apple HQ. George returns to the fold, they make some headway and Billy Preston’s welcome addition sees the children play nice. Throughout, we have Micheal Lyndsey Hoog pushing for the epic TV finale, a Roman amphitheater in Lybia. We’ll take the audience with us, hire a boat! Pure 60’s folly. There is no appetite from the band to travel. The hill at Notting Hill is mooted until someone mentions the roof at Apple HQ and the idea sticks. 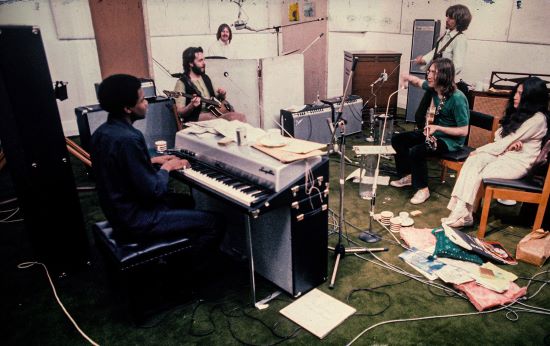 McCartney’s adopted role as a leader is necessary because I think no one else wants to drive the car. He can be seen as bossy in that passive-aggressive way, and he does patronise slightly, yet, without his input and will, I think nothing would have come from these sessions. Does he feel the presence of Yoko sitting on John's shoulder and bind, probably, but he is professional and works with it.

And yet despite the tension, it is a divorce captured on film, after all, the clear differences and desire to forge their own directions there is love there, as John states ‘ All we’ve got is us’ There are in-jokes and the kind of familiarity you only get with the tightness of brothers.

Nowhere is that more apparent when the band finally makes it to the roof and starts to play. After a run through or two the shaky, nervous start soon settles down.

By the third run-through, Lennon is stood legs splayed, engaged, his catatonia cast aside, and then for me the crux. There’s a shot of Paul looking at John and it’s all there, the love, the hope, that he’s got his friend back. You can see that Macca is getting as much happiness from seeing John enjoy himself as he is from actually playing himself. It’s as though you can see his internal monologue, ‘I’ve got my friend back’.

Her Majesty’s Constabulary finally ascends the roof, the gig ends and so do for all intent and purposes The Beatles. The creativity and bond that held and drove them forward together couldn’t last forever. Did Yoko split the Beatles, no. Did the Beatles need to split, yes. Here was a group of four friends all under the age of 30, that in less than 10 years had changed the world forever. Would that legacy have been diluted if they’d got back, for me almost certainly.