Alive and Amplified – Paul Weller at The Barrowlands

For too long, we have been cast adrift in the barren wasteland, drifting, searching the cosmic fringes for the nourishment that feeds the soul, live music. And in what better venue to finally sate the thirst than Glasgow’s mecca of Rock n Roll, The Barrowlands.

If that wasn’t enough, who should bless the house with his patronage, but only St Weller of Woking. So, like me, if you’ve had no gigs for neigh on two years, and you wanted to tick a bucket list venue/artist combo off, Weller at The Barrowlands doesn’t get much better; even a dreich Glasgow November night couldn’t dampen the embers. Factor in a few school night ales, a long-needed catch-up with good friends, and the chance to meet new members of the congregation; it’s what gig going is all about.

A neon-lit former dancehall situated on the site of the Barras Market in Glasgow’s East End, the Barrowlands jived through the ’50s, swung through the ’60s until the economic decline of the ’70s saw its plug pulled. Not until Glasgow’s Simple Minds used the venue for their Waterfront single in 1983 was new life breathed into it. Since then, everyone who is anyone has played here; in fact, it has often been said that a band has only really made it once they played the Barrowlands. Paul Weller has stated it’s one of his favourite venues, no doubt something to do with the passion of the locals. 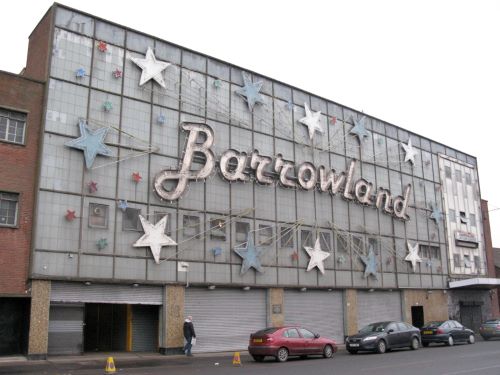 A blinding Tomorrow Never Knows announces the arrival of a resplendent Weller, clad in a brilliant, crisp White monkey jacket and yellow laced monkey boots (I’m still undecided on the boots if I’m honest). The band launches straight into a shearing, White Sky. The opening track from 2015’s Saturn Pattern. A surge of relief rushes from the Barrowlands floorboards, up through the congregation, hands aloft, we hug, we dance, heads bop, shoulders swing, and knees bounce, it’s as though the last two years or so didn’t exist, for the next two and half hours we are back. Back in our church, back in the arms of our religion, back with the man who has sound-tracked so much of our lives. We push relentlessly through 2021’s Fat Pop’s Cosmic Fringes,1997’s Heavy Soul strutting Peacock Suit, 1984’s Café Blue, My Ever Changing Moods, and the stand-alone single Hung Up. In five songs, we’ve covered over 30 years and gone from Post Punk to Soulful Pop to Mod Pop Rock.

The crowd hangs on to and sings along to every word; no beats missed, no syllables unpronounced. We are the devoted. We, too, have grown up with the working class Holy Trinity of Music, Clothes, and Football. We are the Saturday Kids who walked the suburban streets looking for our escape, trying to find our place in the world out of step. We had a conversation before the gig started about what would be his opening tune. This was easier a few years ago as it would usually be a track from the latest album. However, as the years' progress and the catalogue expands, it’s difficult to guess what he will open with. Similarly, with such an extensive collection of good songs, it’s difficult to guess what will be included and what, unfortunately, will be excluded. For me, the show's highlights were hearing the Style Council songs.

The recent reappraisal and critical acceptance that The Style Council was, in fact, a band, light years ahead of some of their contemporaries, fills me with a vindication. Those of us who know knew. While The Style Council may have alienated some of Weller's fanbase, and yes, despite always being sharply dressed, some of the band's choices did typify the indulgence of the ’80s (Jerusalem), albeit with good intent. If The Jam’s songs were kitchen sink vinaigrettes of small-town discord and escapism, The Style Council took these themes, set them to a Curtis beat, and made them International. For me, sacrilege to some I know, but The Style Council were, are as every bit important, as The Jam.

The Weller band are always on good form. Its nucleus expanded to 7 with the addition of honorary councillor Jacko Peake on Sax and Andy Crofts being ably deputised on bass by Josh McClory from The Strypes. Weller is engaging and appears at ease more with the crowd as the years' pass, accepting and comfortable with his place in the musical canon of greats. In the past, there have been times when he bore the weight of his creativity and the expectation of him to be a spokesperson, with prickly a demeaner; he has now taken the mantle of a worldly sage at peace with and unthreatened by those who inhabit the same orbit. A Mod Gandalf the White maybe? 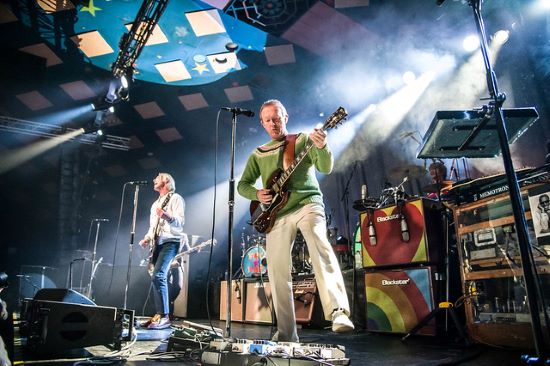 The following two hours, see us dip and spin through Wildwoods’ Glide down still streams over Broken Stones, fly in Shades of Blue, Above the Clouds before we land back where the solo years started, Into Tomorrow. As the band exits the stage to thunderous applause, I stand, taking in the atmosphere, the reuniting of old friends, the fresh conversations with new ones, and the communal belief that we all share, not just in Weller but music, live music.

We chant, bounce, and stamp our feet like impatient children, and after not too long, the band re-emerges to indulge us in a 5-track encore that cumulates with what has become the standard show closer ‘A Town Called Malice.’ For many, this eternal crowd-pleaser is the highlight of the night, a chance to bask in the former glories of their youth. For others, the continual choice of Malice has become tinged with the sense of playing to the crowd. Either way, the song, albeit nearly 40yrs old, has, like its author, lost none of its passion or potency.

It’s only when you lose something, or it’s taken away without a chance to say goodbye do you realise how important it was and how important a part of you it is too. There was never a time when I didn’t think I wouldn’t feel the hairs on my neck rose as a band took the stage. To be stood back in a room with so many like-minded people, to feel that love, that belief, that understanding of what makes music, live music so special for all of us, is a feeling I never want to lose. After all, ‘Who gives a fuck, when no one else does, FAT POP!’ 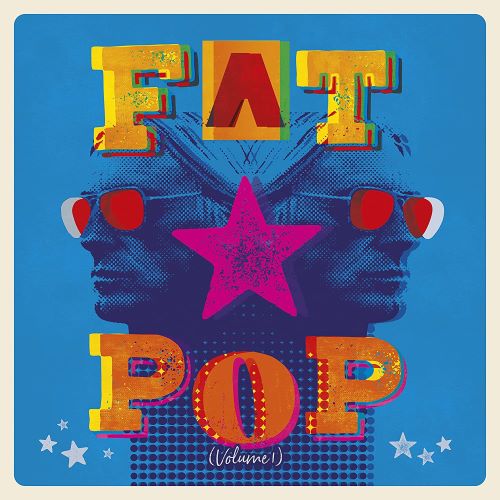