The Speed Of Sound - Museum of Tomorrow - Reviewed 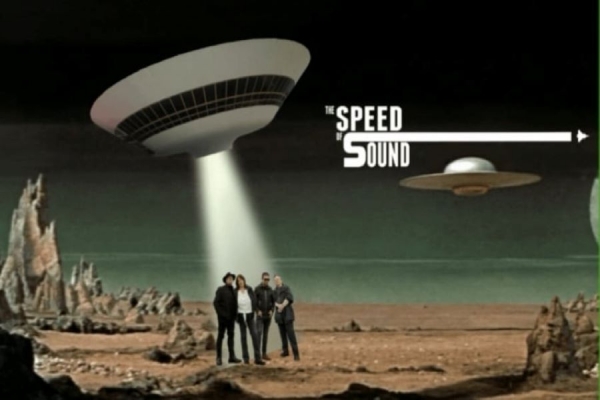 When you hear a new album for the first time and you are reminded of artists that you enjoyed as you defined your own tastes in music, you know that the music by the current artist’s album is ticking the right boxes.

They have a formula that works. This is exactly what happened when I played The Speed Of Sound’s most recent offering. An album titled Museum of Tomorrow.

With a strong female lead on most of the tracks, courtesy of AnnMarie Crowley, and perhaps because I am a Salford lad of a certain age, I found myself hearing influences such as indie brit pop mixed with garage punk, and American West Coast sixties pop, – I instantly knew I was onto a good thing. Think the B52’s, The Stooges, The Clash, Echobelly, Ace of Cups all of which are great bands, and you may have an idea of where I am coming from.

The first track Tomorrow’s World is a commentary on the 21st Century, and how it's not really how it was expected to be. (Yes - Where are the monorail’s?) 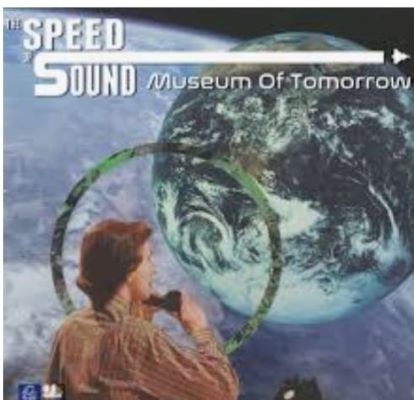 Track 2 is a psychedelic number with punk overtones. Opium Eyes speeds along - coming in at only one minute and forty-four seconds long. Yet it hits the spot. Its brevity making it a slender, but rewarding slice of Indie pop.

A standout track on this album for me is the wonderful Wired and Tired. That lyric on its own - simply resonates. I defy anyone to not appreciate that song in these post-pandemic days.

Every track on the album simply flows brilliantly in an indie vibe that is reminiscent of great nights at the students union bars and clubs in the 90s, when guitar bands were the real deal in Manchester, and this isn’t surprising as the band gravitated towards each other from within the Manchester underground scene, and have subsequently been doing their thing for 32 years with a shifting collective lineup that has, other than the addition of keyboards, remained unchanged for the last four years. 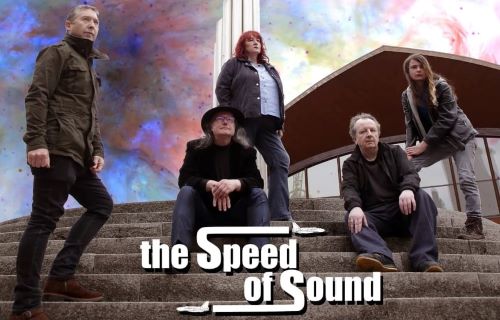 John Armstrong’s guitar playing, songwriting skills, and experience are clearly evident on this album, his vocals complementing AnnMarie’s with an Iggy Pop/Lou Reed style that is superb. Check out Impossible Past, and you will hear what I am saying. The album mixes so many styles that it is a creative smorgasbord of aural treats. Yet it is AnnMarie’s vocals that add a dimension to this band, and the album that makes it particularly pleasing on the ear.

The rhythm section of John Broadhurst on drums and Kevin Roache on bass works seamlessly providing a backbeat that is lively and sumptuously textured. Henry Armstrong (John’s son.) adds a fifth dimension with keyboards.

Musically you can hear a bit of garage rock/surf mixed with true British punk/psych and all with a DIY edge that says this is proper music and songwriting, not manufactured mainstream dross. It’s thirty-plus years of experience, and now is their time. If this is The Museum Of Tomorrow – then every exhibit is there to be enjoyed. Blood, sweat, and tears have been put into this album, and it shows. The result is a modern classic of independent music that takes you on a trip to both the impossible past and a future that we will see as Tomorrow’s World.

Out on Big Stir Records