A Brief Biog of The Meters 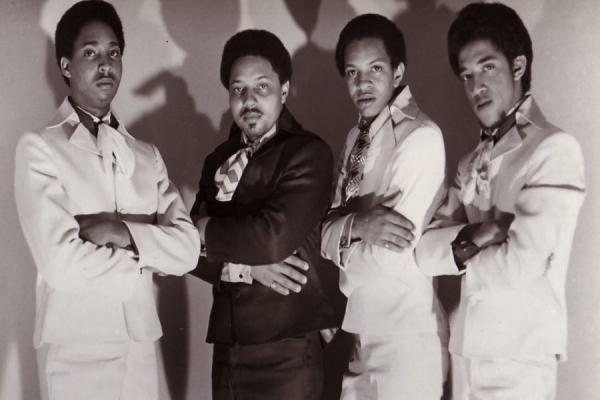 Art was born in New Orleans in 1937 and grew up in a musical family. He started a doo-wop band at high school then in 1953 joined The Hawketts and they recorded a funky version of ‘Mardi Gras Mambo’ (1954). The song became an evergreen.

Seeking a solo career Art left the Hawketts and signed to Specialty Records and recorded ‘Cha Dooky-Do,’ (1958). Art was drafted but continued to play and on his return to The Big Easy, he and his brother Aaron started to put together a band. Record producers, Allen Toussaint and Joe Banashak asked Art to record, "All These Things" (1962).

The Neville brothers continued to play in New Orleans and in 1966 Aaron Neville had a hit with ‘Tell it like it is.’ Art continued to tour the US with his brother before forming Art Neville and the Neville Sounds. Brothers Cyril and Aaron Neville, joined Leo Nocentelli (guitar), George Porter Jnr (bass), Art (piano and organ), Zig Modeliste (drums), Gary Brown (saxophone). An opportunity came to play at the Ivanhoe bar in New Orleans' French Quarter but only four musicians could appear onstage. Cyril, Aaron, and Gary Brown all bowed out to pursue their own musical paths. The remaining quartet became the Meters and developed a funky, R&B sound. Producer/writer Allen Toussaint signed the Meters for session work at Sansu Enterprises. In the studio, they worked with many artists including Lee Dorsey. In 1969 the Meters released ‘Sophisticated Cissy’ and ‘Cissy Strut’, both were major R&B hits. As were Look-Ka Py Py and Chicken Strut the following year.

The group changed labels in 1972 but the lack of chart success meant they became much sought after as guest musicians. In 1975, they performed at the release party for Venus and Mars for Paul and Linda McCartney. Mick Jagger was so impressed he invited the Meters to open for The Rolling Stones ‘Tour of the Americas,’ and (1976) European tours. The Meters recorded the ‘Fire On The Bayou’ album as well as playing on The Wild Tchoupitoulas with George & Amos Landry and the Neville Brothers.

Whilst The Meters rarely enjoyed significant mainstream success, they are considered, along with artists like James Brown to be the genesis of funk. The group eventually disbanded in 1979 to follow solo careers. They did reform during the 1989 New Orleans Jazz and Heritage Festival and continued to work together with a few line-up changes. They eventually became The Funky Meters.