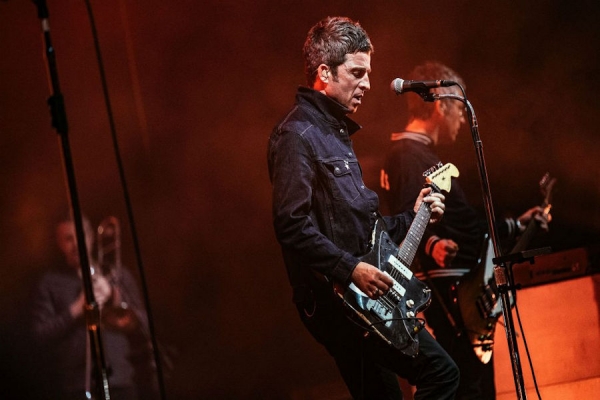 1:30 am on an early May Friday morning, in a deserted M6 service station stifling a deserved yawn, I stir a dispensed cup of coffee and deliberate over which calorific chocolate snack should help keep me awake for the last leg of a journey that has taken me from Norwich to Preston, via London.

The opportunity to see Noel Gallagher’s High Flying Birds, at the intimate 2300 seater London Palladium, was too good to miss, even on a school night. Leaving Norwich around 2pm, the drive took me past Muswell Hill, queue Kinks earworms and as I saw the sign for the Neasden, Quadrophenia was instantly quoted, ‘Wound up in bleeding Neasden, din I’, before finally parking up.

Once parked, my next dilemma was how to get changed out of the work gear and into the gig uniform of Dessie boots, cords, John Smedley top and Harrington jacket without, getting reported for indecency, or worse. The site of a slightly out of shape, partially naked, middle-aged man trying, with little grace, to get himself into a pair of strides in a public car park, is not to be witnessed by the faint hearted!

Task completed with no unsolicited knocks on my window, I only had to duck out of site a couple of times, thankful for the confines of a large family car to get changed in,. Whilst in the melee of this half-naked panic, the thought occurred to me that this must be something similar to what those kids in love with David Bowie, went through when bunking off school to go and see him. 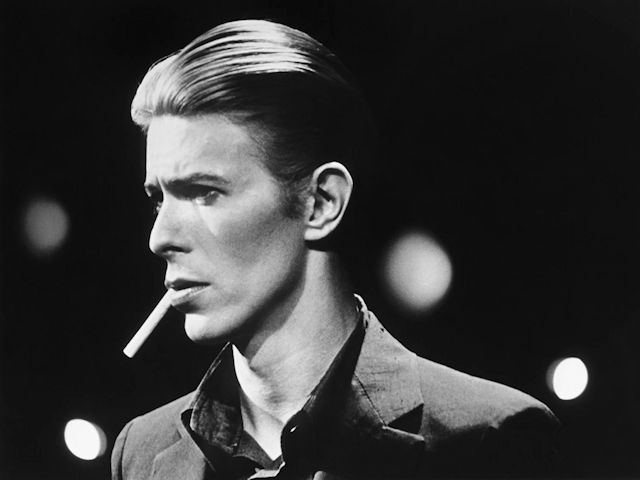 Ticket, check money, check, off to the centre of London village I head. I’d just got to East Acton, and pulled out the ticket to check doors open time, when I noticed you needed ID, too. For F78ks sake, I’d left this in the car. First thought, could I wing it?? A similar incident had happened when turning up a Kasabian gig in Rome a few years back, (that’s a whole other story) was it worth trying this again? Second, more rational thought, I‘d only gone a couple of stops, it made far more sense to double back at this stage, alight the tube I did.

At last, I’m in town for around 6ish, detour to Café Italia for a swift caffeine hit, a mooch around Soho, and I’m back at the Palladium for the six thirty doors open. It’s worth bearing in mind that I’m flying solo and driving straight home after the gig, so a few beers was not an option (don’t drink and drive, unless you’ve got a screw top lid). I have over the last few years become something of what, Neil Sheasby from the band Stone Foundation, termed an ‘Eventisit’. My primary gig going has been a large arena, outdoor gigs by major artists. These ‘Eventisit’ gigs tended to turn into an all-day drinking session, the music coming second to the experience of the day out.

Nothing wrong with those days, and some of my best gig experiences have been at these ‘Events’. That said, flying solo and being completely sober throughout a gig, had not previously been uncommon for me either. Back in the heady days of Britpop I would often drive into Manchester, watch a gig, and afterwards go to start my night shift. Whilst not a drop of alcohol would pass my lips, the sweet smell of jazz joints, left me with a foggy head. Another plus of not drinking was getting to see the support, which in this case was the World’s Strongest Man, Gaz Coombes. 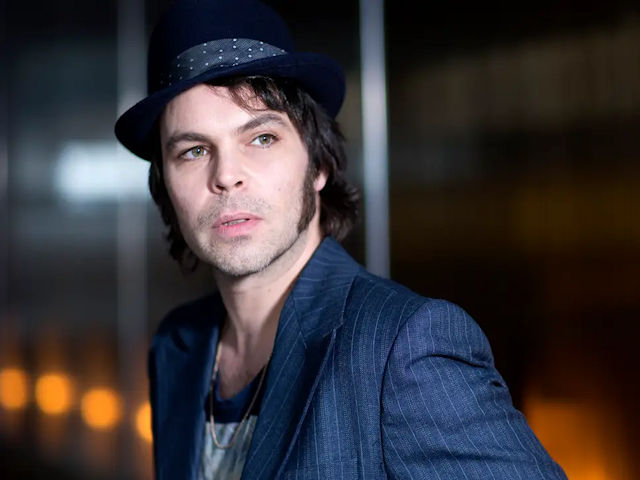 Looking resplendent in a white blazer and trilby hat combo, the ex Supergrass frontman zipped through tracks from his new album. Mental note made to dig further into this untapped resource. Seats began to fill during Gaz Coombes set, and just as it was coming to a close, a couple plonked themselves in the two empty seats on my right. Pleasantries exchanged we both realised we were ‘Northern’, about 20 minutes down the road from each other. In a semi-state of inebriation, the male half of the couple stated, with that Northern sense of indignation,

‘You mean London, Why?’ I enquire,

Strobe lighting and stage smoke accompany an intensely stretched to breaking point Fort Knox intro, as Gallagher Snr and his now 11 piece rolling revue, take the stage to rapturous applause and cheers. Drums pound, commanding the hairs on your body stand to attention, as Noel & YSEE, let rip demanding we get ourselves together, the seats empty as we stand in unison and hold on. This sonic appetiser leads us straight into a brawny, Glamtastic, Holy Mountain, complete with glorious Mott the Hoople horns. Pleasingly, two new songs are up next, the recently released Black Star Dancing and a stirring acoustic shuffling, Rattling Rose, that for me nods a wink to Paul Weller’s Science.

After a bit of crowd banter, Bruce Forsyth’s ashes, The Beatles and appearing bottom of the bill at a Swedish summer festival, it’s a high dive into three familiar Oasis songs, albeit slightly different versions. A few earlier solo songs, I particularly liked ‘The Mexican’, keep us ticking over, before a heart-rending, triumphant, triple whammy of, Masterplan, Wonderwall and Half the World Away; deliver us to a phenomenal ‘Stop Crying Your Heart Out’,  at this point my voice threatened to quit and take the Palladium roof with it. Up went the lights, off went the band, out came euphoric applause and cheers, foot stomping and elated shouts of more, more, more. 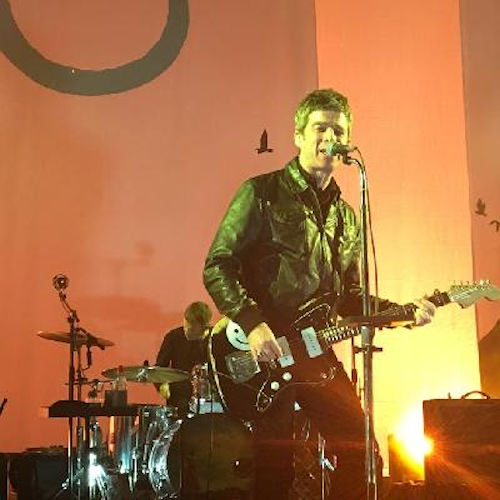 There was a time, back in the day, when Oasis would never do an encore, not matter how long you stayed there or how loud you screamed. But that was then, and that was Oasis, and this is neither. ‘AKA, What a Life’ kicks off the encore and is dedicated to Noel Gallagher’s kids in the audience, ‘What lucky bastards you are’ he proclaims. ‘Don’t Look Back in Anger is followed by the obligatory, ‘Thanks for coming’ ‘Have a good weekend’ etc; before we are saluted away with a genuine feeling of love and good will, by an a-sing-a-long rendition of the Fabs ‘All you need is Love’.

And that’s it! So what did I think?

Having followed Noel Gallagher’s career from a blistering Columbia, through Britpop’s white line fever, and the trudge of Gas Panic, I personally like the place he’s at, musically. Some of the initial solo outings were tentative, expected from a man who admitted he loved playing the sideman in Oasis and would have continued to do so, if things had been different. However, Noel has not only grown into the role of frontman, but he’s also embraced it,. So much so, that during this evenings performance he shimmied along to the newer songs, adopted a couple of standard guitar hero rock star poses and, at one point, dropped his knee, something the Oasis Noel wouldn’t have done unless checking foot pedals.

I doubt we’ll ever see a Space Jazz album, him take the heroin rabbit hole to Berlin as Bowie did, or go punting with Weller on the Cambridge rivers. Nevertheless, there is a marked musical progression away from the stodgy meat & potatoes rock that latter-day Oasis had been accused of peddling. Regardless of whether you think it should’ve come sooner or, he should release more of the same, it’s different, and that has to be positive. If the first two albums saw the zip of Noel’s cagoule loosen, then this third album sees it fully unzipped and cast aside like an Oasis drummer. It’s good to be free.