A Short Biog of The Walker Brothers 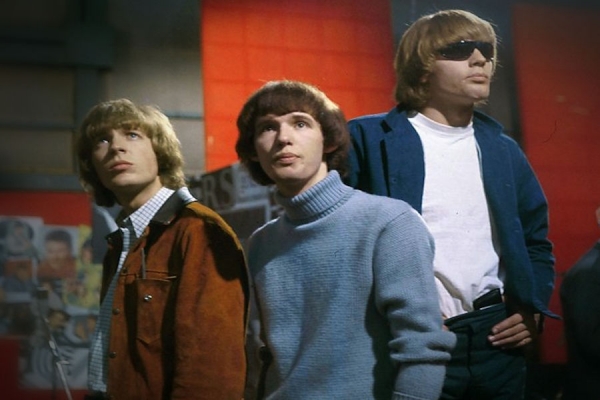 Scott Engel (1943 - 2019) came from Ohio and was a teen idol in the making in the late 50s, making several appearances on Eddie Fisher's TV series (Carrie Fisher’s father).

Whilst rather bland as a solo performer the teenage Scott played electric bass guitar and got regular work as a session man in Los Angeles studios. Scott played in several bands around Hollywood before linking with John Joseph Maus (1943 – 2011). John was originally a New Yorker but the family moved to California. He was a child actor but also enjoyed music and taught himself guitar. He must have become quite good because he taught his neighbour, Carl Wilson and David Marks (Beach Boys). John and big singer Judy began to perform around town and Scott Engel (bass) and Spider Webb (drums) completed their lineup. In 1963, club owner Ben Gazzari, caught the act (Judy had left by then ) and Al ‘Tiny’ Schneider (played with the Everly Bros) had joined John and Scott as the drummer and booked the Walker Bros Trio to play in his club. They proved a popular act and soon became the resident band. Tiny left the band in 1964 and was replaced by Gary Leeds.

Gary was a local musician but had played on drums for Elvis Presley and was a bit of a local celebrity. He shared a mutual friend with the King, Jim Smith who is better known as PJ Proby. The three were known to have a kick about in the park until Elvis became too easily recognized. 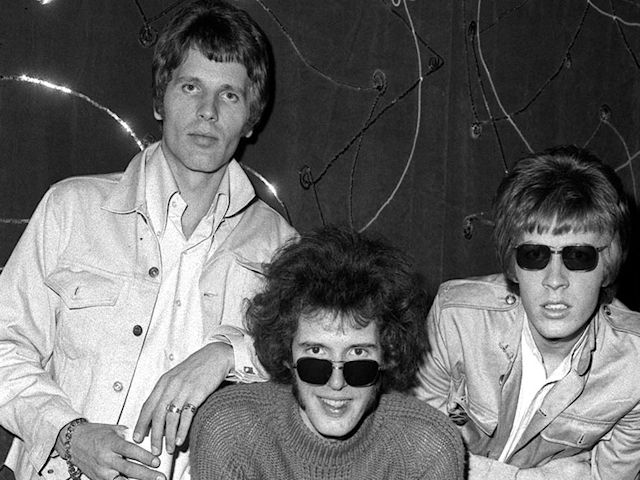 Gary had just returned from a tour with PJ Proby in the UK and with the help of Brian Jones (The Rolling Stones) convinced Scott and John to take their trio to England. They decided to give it a go and financed by Gary’s father, the Walker Brothers flew to London as complete unknowns. The Walkers Bros got a recording contract with Philips and their first UK single, Pretty Girls Everywhere, featured John Maus (Walker) as lead singer, slipped into the lower end of the charts. The DJs picked up on the B side, Love Her, and (sang by Scott) his deeper baritone had more popular appeal.

Make it Easy on Yourself, was a Bacharach/David ballad and swept The Walker Bros to No. 1 in the UK charts on its release in 1965. A year later, their second single The Sun Ain't Gonna Shine, did the same. Scott attained pop star status and the Walker Bros fame in 1966 would rival The Beatles in the UK and Europe.

The trio were produced by Johnny Franz and arranged by Ivor Raymonde (who also worked with Dusty Springfield) and Reg Guest. As they progressed the Walker Bros favoured orchestrated ballads and rarely played instruments on their recordings. Phillips used the cream of UK musicianship and the end result; give a distinctive ‘Walker Bros sound.’ Scott Walker's deep baritone was preferred and this was beginning to create artistic differences within the trio. Despite writing original material and providing spirited harmonies, John’s contribution was stifled in preference to the tested formulae which had produced ballads to rival the Righteous Bros. The trio last two singles, Stay With Me Baby and Walking in the Rain, appealed to the fans of the old Walkers as popular music was changing.

The Walker Brothers broke up in 1967. They toured Japan the following year and reformed for that event but by that time Scott was pursuing a solo career. The Walkers reunited in the mid 70s and had a UK hit with the Tom Rush ballad, "No Regrets". They also released a comeback album of the same name, followed by ‘Lines’ and ‘Nite Flights,’ but music tastes had changed, and the Walker Brothers finally broke up in 1978. Scott’s early solo career was very successful partly riding on his popularity and the eclectic choice of material, he chose to sing including Jackie by Jacques Brel and translated by Mort Shuman.

The song contains adult material and was banned by the BBC which only added to its appeal and Jackie enjoyed chart success. He enjoyed his peak of fame in 1969, with a British TV series, where he featured solo Walker performances of ballads, big band standards and introductions of his own and Brel compositions. As the seventies approached however Scott became reclusive and distanced himself from his audience. Definitely developing as a musician his works were less commercial and more self-indulgent which did not appeal to the masses. Record sales dwindled and despite a return to more middle of the road work, he was unable to recapture his former appeal. Scott continued to write, record and produce as well as collaborated with others to produce material for film scores. His last work was a film score for Brady Corbet's film Vox Lux. Scott Walker passed away in 2019.

John too had a successful solo career and performed and recorded for a short time. He became a recording engineer and built his own home recording studio in L.A. John was also busy as a songwriter and music publisher. In 2000, John began to record his own material and returned to live performances. John’s sister Judy joined him on backing vocals along with wife Cynthia. John Walker died in 2011. 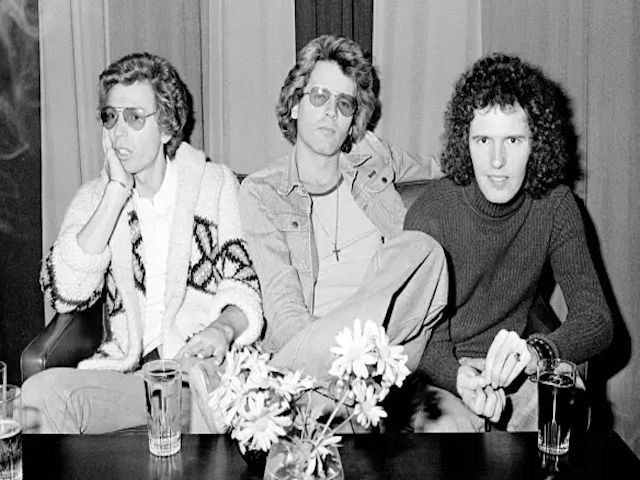 Gary Leeds formed his own group, Gary Walker and The Rain, in the autumn of 1967. They recorded an Easybeats song, Come In You’ll Get Pneumonia, but despite touring, the band did not sell enough records and disbanded in 1969. Away from the Pop Industry, in the '80s Gary turned his hand to model making and continues as a sculptor creating individually commissioned models of the hands of babies, children and newly-weds. Garry has made rare personal appearances and in 2005 he fronted a band at the White Rock Hasting and performed "Land of 1000 Dances", which has long been associated with Walker Brother shows.