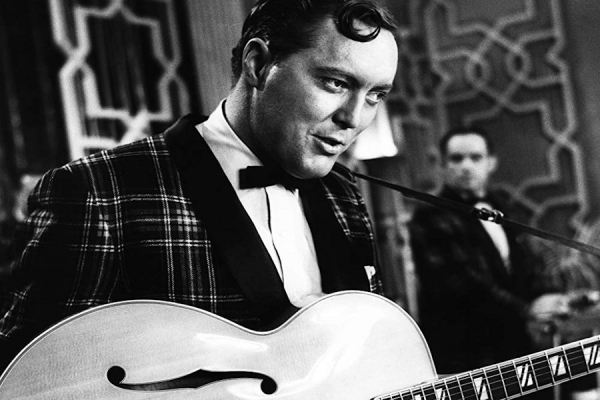 William John Clifton Haley was born in 1925 in Highland Park. Michigan and grew up in Booth’s Corner near Chester. As a child, William lost the sight in his left eye which left him shy and conscientious.

The young Haley was exposed to a house full of music as his father played both mandolin and banjo and his mother (a classically trained pianist) played the organ at the local church. From an early age William wanted to be a singing cowboy and by the time he was a young teenager he proficiently sang, played the guitar, and yodelled. Despite his obvious talents he was a shy boy but found work playing the local amusement parks. There he joined 'Cousin Lee's Band’.The partial blindness prevented Bill from being called up for military service and in 1946 he joined the country band, the Downhomers. The group cut several radio recordings including the solo number, "She Taught Me to Yodel," but Bill left the band soon after to host a local radio programme on the newly formed station WPWA (1590 AM) in Chester. There he renewed his acquaintance with local musicians, James Allsman, Albert Constantine and Julian "Bashful Barney" Barnard and together they formed the Four Aces of Western Swing. Several of their country songs became local hits but Bill was keen to headline and sung under different names, including Jack Haley and Johnny Clifton. 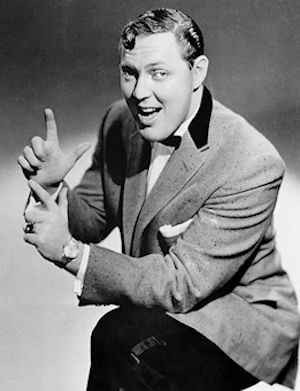 On 1949 Bill formed a new band called, The Saddlemen and appeared on stage wearing a ten-gallon Stetson hat which covered a kiss-curl, a hairstyle, which would become his trademark. The Saddlemen proved to be reasonably popular and recorded for several labels. The group was Bill Haley (vocals and guitar), Johnny Grande (piano and accordion), Billy Williamson (steel guitar), Al Thomson (double bass) and Charlie Higler (drums). Higler was soon replaced by Dick Boccelli (a.k.a Dick Richards). Bill’s Halley distinctive spit-curl hairstyle (kiss curl) which was originally to detract from his blind eye caught on in the fifties and became a vogue especially when the actor, Tony Curtis was seen on screen with his kiss curl.

Bill liked to experiment with musical genres and in particular country and rhythm and blues. They recorded Rocket 88 (original by Jackie Brenston and his Delta Cats) in 1951. A year later they released their version of, "Rock the Joint.” Both records sold well in Pennsylvania, which convinced Bill the new style of music could be a commercial success. The Saddlemen renamed themselves, Bill Haley with Haley's Comets and in 1953, recorded "Crazy Man, Crazy." The song is considered by some to be the first ever rock and roll song recorded by white artists and did well in the American charts. Part of the appeal was "Crazy Man, Crazy" was the first rock’n’roll song to be used on the soundtrack for a 1953 television play starring James Dean.

Soon after, the band's name was revised to Bill Haley & His Comets. Bill tried different techniques and adopted a style of back-slap on the strings on the bass fiddle which he had seen Pee Wee Miller use when he played with Cousin Lee’s Band. Prior to the introduction of drums the percussion bass gave a driving beat to "Rockabilly." Later when drums were added the musical style metamorphosed into "Rock'n'Roll". The group recorded ‘Rock Around the Clock’ (1954) but it failed to sell, so they quickly released a version of Big Joe Turner’s “Shake, Rattle and Roll” and it went straight to number one.

In the UK, Shake Rattle and Roll topped the charts and became the first rock’n’roll song in that country. Elvis Presley recorded his version in 1956, he combined Haley's arrangement with Turner's original lyrics but the song failed to score a substantial hit. When some of the Comets left after a pay dispute Bill hired new musicians to take their place. Between 1952 and 1981 more than one hundred musicians made up the Comet’s line up. No one anticipated the reaction that would come from "Rock Around the Clock" when it appeared behind the opening credits of the movie Blackboard Jungle starring Glenn Ford. 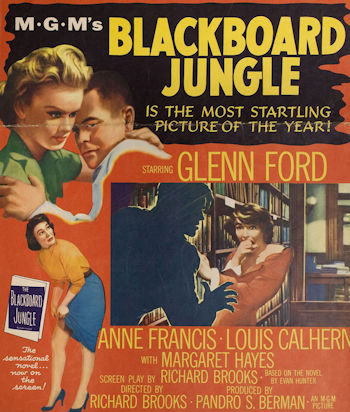 Not only did it become an instant hit in the US, but it also sold over one million copies in both Britain and Germany. The same phenomenon occurred in Australia and New Zealand and wherever the film and or Bill Haley and the Comets appeared, there were teenage riots. Bill Haley and the Comets became the first Rock’n’roll group to tour the world. The hits kept coming with “See you later, alligator” and Bill the Comets starred in a couple of rock and roll musical movies Rock Around the Clock (1956) and Don't Knock the Rock (1956).

As rock’n’roll faded and the English Invasion took over in the sixties Bill and the Comets remained popular outside the US throughout the sixties featuring on many retro tours with the Rock and Roll Revival movement. From 1961 to 1969, Bill Haley and His Comets continued to record but with little commercial success in the US. The group did enjoy popularity in Latin America where they were known as Bill Haley y sus Cometas and had hits with "Twist Español" and "Florida Twist".

Bill Haley and His Comets became synonymous with the twist dance craze in Latin America and the group made many recordings of Spanish and Spanish flavoured material. Bill Haley was fluent in Spanish and recorded a number of songs in the language. However, it was their instrumental recordings which the group became mainly associated with. Despite the work, Bill lamented the passing of the glory days and more and more sought solace in alcohol. Bill Haley made his final performances in South Africa in 1980 and died from the complications of a brain tumour on February 9th 1981. The original Comets(from 1954 and 1955) many of which are in their 70s and 80s continue to perform and tour. 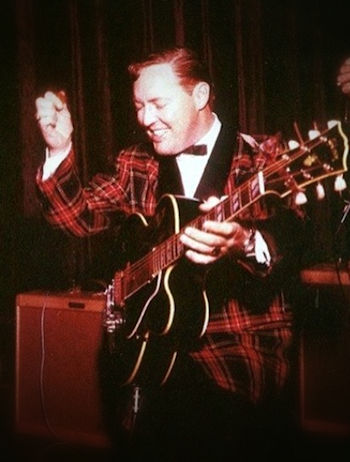 Bill Haley and the Coments