Scottish Football, Music and Drugs, Where Did All The Love Go? Part 2 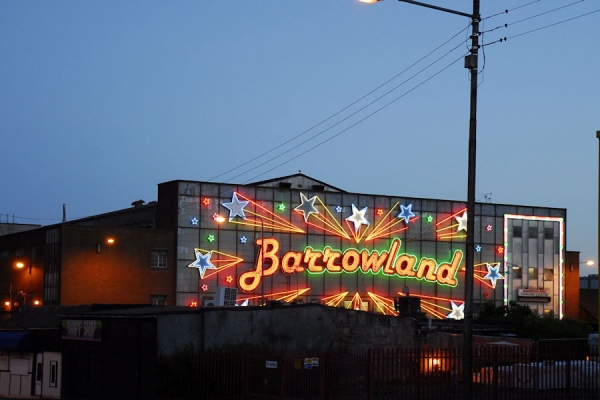 Apart from the Rangers songs I'd been brought up on I never really knew there was a music scene unless it was ' I belong to Glasgow ' or ' The Northern lights of old Aberdeen ' sung by drunken aunties and uncles at new year parties, or some Tammy Wynette or Rod Stewart on a Sunday courtesy of my mum.That changed as the Bowhill war memorial club started underage discos playing brutal 80s Stock Aitken & Waterman dross.

That era didn't last long though as the late eighties and early nineties saw the start of a musical revolution, as bands like The Smiths, New Order, The Stone Roses, Inspiral Carpets, Northside and The Happy Mondays along with the Acid House illegal rave scene and legendary club The Hacienda created the Madchester era. The Kronk in Lumphinnans Fife was the only real " underground " club I went to, as the bigger events like Rezurrection took over leaving The Kronk empty till the inevitable happened. A place I'll never forget and nobody else who ever went to The Kronk will either. Special!

1991 Glasgow Barrowlands was my first ever live gig and it absolutely blew me away. A special place I've been back to dozens of times in an era when loads of bands were signed to small labels and weekday gigs were a regular occurrence as most of the bands chose a Tuesday or a Wednesday, to then tell the crowd ( where 75% will be rough as fuck the next day ) ' You're the best fans in the world ' Well play at the weekend then. One band who understand that are Ocean Colour Scene, who almost always play at the weekend in Scotland.

They're the band I've seen live more than any other band, hundreds of gigs after my first £6 gig at the Barrowlands. I've been to the 1st ever T In The Park in Glasgow to the last one at Balado! It was dying a slow death before then as it became more about the money as the capacity increased way too much, and they started booking mainstream stars like Rihanna and Calvin Harris as headline acts. After becoming a Father in 2012 our gigging days were limited to the odd unbelievably overpriced stadium gigs, and the annual also unbelievably overpriced trip to Balado. When they moved to their last site anyone who knew the area would tell you it was a nightmare of a place to choose, with only one road in and out. Greedy Corporate mentality that sucked another few million quid off their loyal fans.

That looked like it for us as baby number two came along in 2015. 39 years old with two kids under five doesn't give much opportunities for a weekend away to watch a gig. Twitter changed that as all the new upcoming acts are prolific on Social Media and now promote themselves seven days a week all year round. I noticed a tweet on my Nephew's page as he'd started his gigging career about a local band The Shambolics, a band I'd heard a mate talking about as they handed out CD's at a gig in The Hydro in Glasgow. ' What's The Shambolics like kid? ' Uncle John they're amazing’. That weekend I heard Scarlett Harlett for the first time. Brilliant tune among several brilliant tunes from a young Scottish band part of a new era for Scottish music. The first time I heard The Shambolics live at The Duchess in Kirkcaldy they blew me away and I’ve seen them a couple of times since. The atmosphere at PJ's in Dunfermline is something to behold when The Shams play. ‘ The Shams, The Shams , The Shams are on Fire! Absolutely electric and beautiful to watch. I’ve never seen so many young talented bands come through, but where did all the love go though?

Big Country, Travis, Biffy Clyro, Frattelis and The View! Five of the most notable Scottish bands from when I started a love for music that'll never end. Here's five young bands that are every bit as talented as the aforementioned. The Shambolics, Vida, The Snuts, New Mode and The Dunts ( They'd be The Double Dunts in the 90s ) My last gig was Vida in Dundee and I couldn't believe it cost less than my first gig in 1991. A fiver to see young talent that would definitely have been signed to a label by this stage in the 90s.

How the fuck can one man who wears platform shoes and trousers up to his tits, resurrect Stock Aitken and Waterman into himself and pluck five schoolkids and turn them into superstars overnight? While real bands have to waste valuable practice time promoting themselves through Social Media. It's a disgrace nowadays an average ( 2nd touch is a tackle ) footballer in the Premiership, is a multi millionaire with more time to tweet with their thumb than a guitarist has to mute the top string with theirs. Where did all the love go?

Music will always be loved and these young lads might just be part of a Scottish music revolution. Darren Forbes from The Shambolics tweeted recently that they'd be headlining venues like the O2 academy and The Barrowlands in two years, personally I think they could do it in six months. They've got the lot and then some. On fire all over Britain and Noel Gallagher a fan of the band, Fred Perry photo shoots, these young Kirkcaldy boys are starting to live the dream. I'd love to be a multi millionaire music mogul as these bands deserve the chance of a big wad of cash thrown at them, what's the worst that can happen? 1 - They make years of beautiful music 2 - They go their separate ways or 3 - They get absolutely mad for it and go off the rails rock & roll style. I can't wait to visit The Barrowlands again to walk back up those famous steps to see any of these young boys.