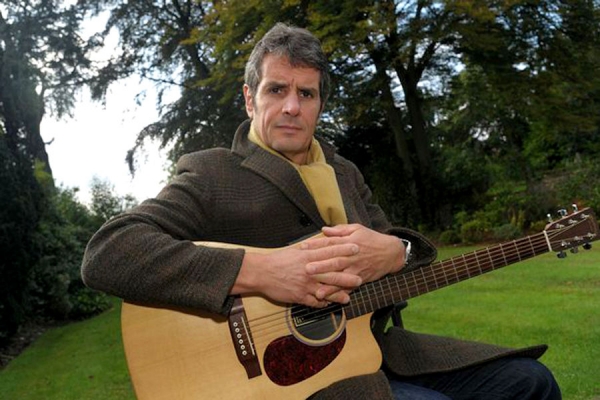 Hoodoo Zoo is the fourth album from Steve Brookes and features a new set of songs.

Steve plays acoustic guitar, and on many of the tracks, he is assisted by Ben Gordelier, who adds some very interesting percussion, and his old mate Paul Weller makes a guest appearance on a couple of tunes, playing mouth harp and guitar, The CD was recorded at Paul Weller’s Black Barn Studios and his engineer, Charles Rees also helps out with the music.

As Everyone knows, Steve and Paul formed The Jam in their early teens, and played together for four years, before going their separate ways. Although when Steve played with The Jam, they were a different group to the trio that went on to become icons of British Music. Steve’s never had a chip on his shoulder about the fame he missed out on, and oh yeah, he wrote a great book (Keeping The Flame) about the early years of The Jam.

A solo album is cheap to record, but not so easy to produce, as there is nowhere to hide, and no group to lean on. If the tunes, the singing, and playing ain’t up to it, listeners won’t go beyond the first couple of tracks. Happily, Hoodoo Zoo doesn‘t fail the listener. When I started in the record business some forty-odd years ago, I was given some sage advice by an old-timer. He stated, ‘the less you play, the more you hear’. It took me some time to work this out, but it’s advice, I’ve passed to every band that I have worked with. You don’t have record 24-tracks, have overdubs everywhere, and every song awash with technology. If a song doesn’t work with just guitar and vocals, it ain’t going to work with a group.

Steve kicks off with No Show, and there’s a world-weariness about Steve’s voice that’s not false. When he sings, ‘join an orderly queue/there’s no show/when no one’s watching’, it comes not just from the bottom of Steve’s heart, but from a man who has been around the block. Fish Back Sky takes me back to my youth when I was discovering the 60’s folk/blues scene, both in the UK, and America. Though the lyrics are much sharper, reflecting the changes that have happened, not just to modern society, but the world. Lyrics like, ‘we take and we take/with our only concern/about our plundering and burning’, and ‘we’re falling, we’re falling from grace/and to our shame we lay blame to suit our cause’, are as far away as you can get from the bucolic, rose-tinted sixties. No Road Home is a hymn to the fallibility of life, and for some, it’s a rocky road. Though our lives are now over complicated, mainly by the addition of (too much) technology, there are things to enjoy that have no cost. In Simple Life, Steve sings about ‘the last day of the week/someone there to peck my cheek/the simple things I’ve found/that make my world go ‘round’. Now, wouldn’t it be nice if we lived in a world like this. Steve is helped out by his old school chum Paul Weller on Amala. Paul's acoustic guitar playing is like his song writing, where there is always a definite sense of melody. What makes this song tick though is Ben Gordelier’s subtle cabasa, which gently eases this laid-back tune along. Steve’s vocal’s take a rain check on the instrumental En Afrique, where he jousts with Ben Gordelier’s percussion, a subtle interlude, before A Final Farewell.

This solo effort has a painful lament, where the lyrics tell the story; ‘a final farewell you old scammer you/nothing for money that you wouldn’t do/it wasn’t the winning that gave you a thrill/but the other guy losing as you went for the kill’. I guess we’ve all come across people like this, I know I have. Twelve Monkeys takes us on trip to the Hoodoo Zoo and features Paul Weller again, this time on blues-harp, and take heed of the warning; ‘get on board but take a tip/before you embark on your trippy trip/ride the rides/but just beware/you can look but don’t you stare’. Every Moth Will Find A Flame is another solo outing, and woeful tale about everything that glitters ain’t necessarily gold. Steve’s sings, ‘as the light that shines more brightly/before the darkness and the crash/you’ve deceived yourself again/you’re excuses sound so lame/every moth will find a flame’. There a tiredness in Steve’s voice that brings the story home. Small Man In Big Shoes sees Steve on slide guitar and foot stomping. The storyline has some barbed and vitriolic lyrics: ‘just like a lemon that had no juice, you’re sharp and bitter you ain’t no use/you really think I can’t see through you/you’re just a small man in big shoes’. Not sure I’d like to meet this person, and I’m sure Steve didn’t want to either. Steve ends the CD with Need To Know a bittersweet song, reflecting on a relationship. He sings ‘I’m a man not a child now/I’ve no time for childish things/the hand is yours to fold or show/I Don’t want but need to know’. You’re extremely fortunate if you haven’t walked down this road. 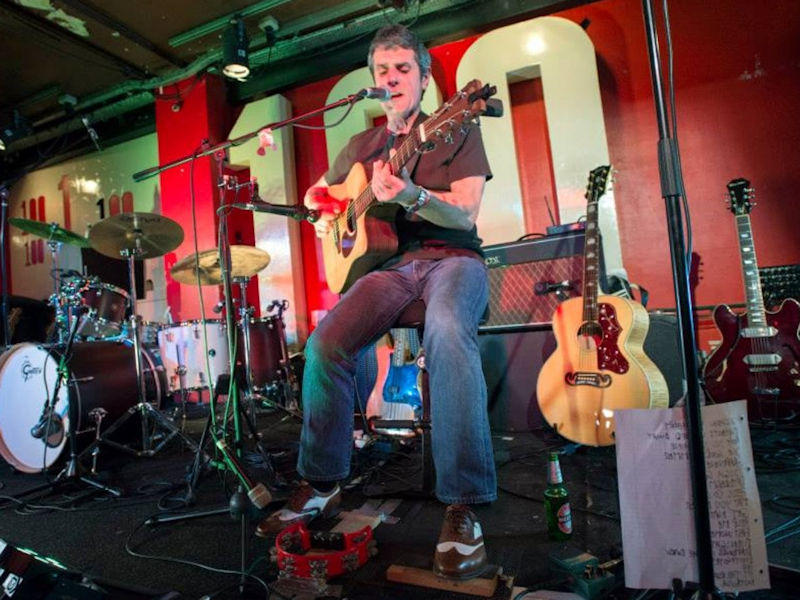 Hoodoo Zoo harkens back to my youth, not that I yearn to go back, and is rooted in folk/blues, a sound hardly touched these days. It had me recalling the likes of Tony Joe White, Leo Kotkke, Tim Hardin and British folk singers like Roy Harper, Bert Jansch, and Davey Graham, who played acoustic folk blues. They were artists influenced by the likes of, Lead Belly, Woody Guthrie, Big Bill Broonzy, and Josh White Though there’s nothing nostalgic about Steve’s songs, as the lyrics are contemporary, and of today. Great albums are rare, and very good albums are few and far between, but I would class Voodoo Zoo as a very good album. Yeah, there will be some folk who will make the obvious comparison, and no one can stop that happening, but comparisons are odious at best. People should judge Steve on his song’s and not on others, no matter who they are.