Roxanne Fontana - He Does The Look


‘He Does The Look’ was written in my head, nowhere near a guitar or any instrument.

In fact, it wasn’t even written in an environment where I could “Sing (it) out loud”. The melody and lyrics began forming in my head at work on the 13th floor of the Gulf + Western Building (now the Trump International Hotel), in 1978. At nineteen years old, I played the role of secretary in the Foreign Department of Paramount Pictures. At that point I had written just under ten songs, usually with my cheap copy Gibson Hummingbird guitar. Most of ‘He Does The Look’, melody and lyrics, was completed in my head, on the F Train to Jamaica, Queens, where I would catch the bus to Long Island for the rest of the commute home to my parents’ house. 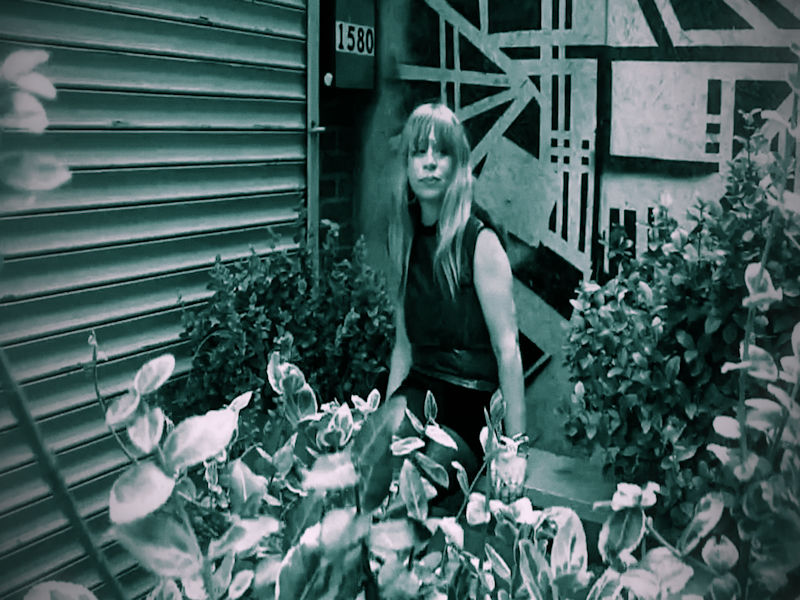 Hurriedly I ran to my guitar in my bedroom, where I placed chords to melody (some odd ones in there! capo to the rescue!), and rushed to write down the lyrics before they left me. In the years that followed, ‘He Does The Look’ was a favorite in my club shows. It always received mentions and observations of echoes of the ShangriLas. Yes, I know, I can sound just like Mary Weiss, as I’ve been told. Cambria Heights - the home base of The Shangri-Las, is just next door to Elmont, Long Island. My first-ever performance, at the Quarterdeck Bar on Linden Blvd., was walkable to Cambria Heights. I lived in that area from age twelve, hence the accent.

‘He Does The Look’ was demoed in 1981, on Long Island. That version , considered to me now as quite limp, still got a lot of attention. In fact, Ivan Kral of the Patti Smith Group took the demos containing ‘He Does The Look’, and on the studio time for Iggy Pop’s ‘Party’ LP, remixed and mastered the lot. Superstar producer Jimmy Iovine, and nearly everyone else in the music business, loved those demos. 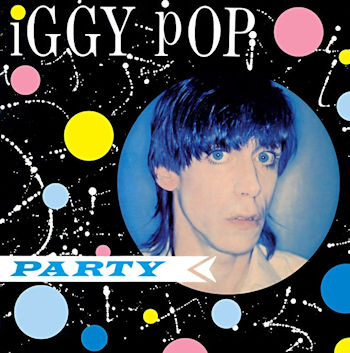 Since those days of my early songwriting, at least lyrically, I’ve come a long way from writing words like, “One day I know I’m gonna make him mine.” Being a student of the esoteric sciences, I’ve written many songs with obscure symbolism, surreal leaps, and socio-political content. Some have seen the light of day (‘New Moon Child’, ‘In the Light’, ‘Passing Bye’), some have not (‘The Eye of Shiva’, ‘Home Sweet Home’). ‘He Does The Look’ was the natural choice for me to bring into the studio in the summer of 2016.

I pretty much put my music career to bed, so to speak, in 2002. At that point I had two indie releases: Love Is Blue, an electronic CD produced by the Rascals’ Dino Danelli, and Souvenirs d’Amour. Souvenirs d’Amour was recorded by Seattle wunderkind Gordon Raphael. Gordon recorded it in his East Village studio, creating for me the orchestrated pop record I’d always dreamed of. I produced it, but I told him exactly what I had in mind for all the instrumentation that he wrote on the keyboard as his parts, mimicking flutes, to strings. Gordon’s project after mine was the debut Strokes album, which nowadays Rolling Stone heralds as the Number One album of that decade. Personally, yours truly, a hyper-self-critical artist, believes my album is leagues better than that celebrated work, but that’s life. I self-released Souvenirs d’Amour and Love Is Blue. No corporate entity ever gave enough notice of my music, despite its melodic commerciality, or well-written lyrics. Dino Danelli was sure Atlantic Records would put out Love Is Blue, but they told him you don’t mix vapid electronic sounds with intelligent lyric or smartass-style New York vocal. We disagreed with them, of course. After writing dozens of basically ignored good songs (when it came to corporate backing at least), out of spite to the universe, I just refused to write any more.

Love bells rang when I met Mat Treiber, a 20 year-old roots rocker. I spent the next four years writing songs with him (and I still do). In 2008 those electronic cover versions of the song ‘Love Is Blue’ started selling, especially in Japan. After digging out old videos of myself, and having them get attention on YouTube, I started making videos of songs I’d recorded from the two CDs. Voila! Career rebirth! Or shall I say birth? In recent years I’ve gone back in my catalog, and gone into the studio and recorded a song here and there. I also released my 7-minute environmental epic, ‘Green,’ and some great recordings done in Holland in the 1980s.

‘He Does The Look’ was the clear choice of song to record in 2016. Although I am an expat, I am still an American, with many friends in my home, New York. There’s no questioning, of all the pop-music cities on the map, New York artists suffer the worst stigma. We’re the black sheep of the industry. When the industry exposes us, the massive hits, from Dion to Blondie, are apparent! However, we are the motherfuckers. The records made by The New York Dolls, and the intelligence of David Johansen, compared to Aerosmith and Steve Tyler, burst with ‘true’ rock n roll energy making the differences quite clear. And if anyone thinks that Lou Reed would not have faded into obscurity had it not been for the attentions of David Bowie in the early seventies, I’ll have to beg to differ! Needless to say, no matter where I roam, and I do roam, I still identify and am identified as a New York underground indie artist. I don’t necessarily desire this stigma, to be honest, but I accept it.

The disgusting political climate of 2016 had me witnessing people who should know better behaving like Republicans. I couldn’t believe it. The fear of Donald Trump, a buffoon, dummy, New York real estate jerk, to levels of “He’s Hitler” hysteria, could only be compared to the way Republicans felt about Obama. Obfuscation of real issues abounds. The willingness to vote for warmongering, war-profiteering Hillary Clinton was shocking to me. The reality of the Jean-Luc Godard idea of Americans as idiotic, self-defeating war pigs, okay with corporate greed, stunned me. The ensuing lunatic anti-Russian babble by New Yorkers and New York artists confirmed the Godard image. I preferred the caricature of Greenwich Village musicians as commies!

It was in this climate that I realized intelligent lyrics and one of my more obscure esoteric songs, would oddly not be appropriate; also being a true rebel I didn’t want to talk about it. I tend to want to nurse social, political, mental illness when everyone is in a shallow mood. However, people were not really ‘thinking’, amid this Wall Street (war profiteer) backed mass media hysteria! It would be unfair to write here that everyone was like that. Andy Warhol Superstar Joe Dallesandro raised flags on social media when massive stadiums packed with Bernie Sanders supporters got no TV coverage. Andy’s other Superstar, Viva, was a beacon of sanity amongst the Liberal intelligentsia who were surprisingly so easily led astray. 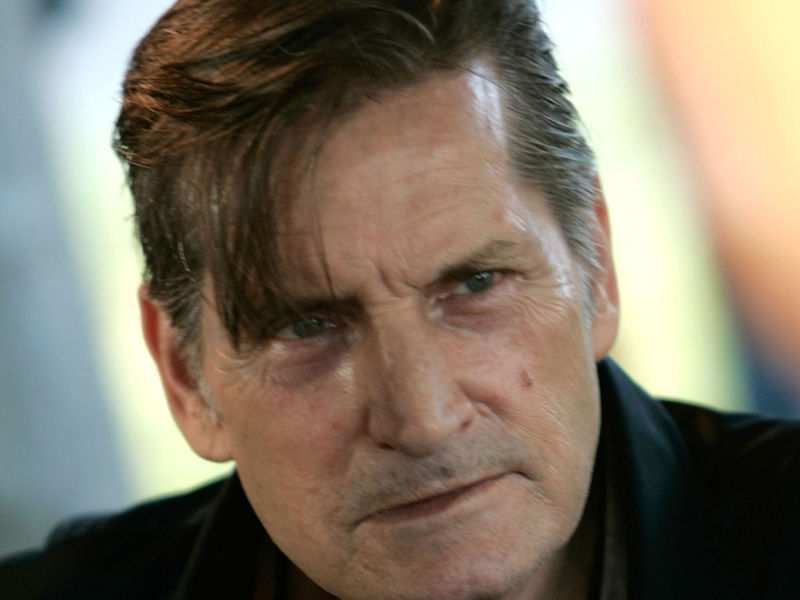 In this spirit, I pulled good old ‘He Does The Look’ out of my book. We all needed to just feel good, and get back to simplicity. I even chose to record ‘He Does The Look’ in Britain, in far-away Brighton, England, with Mat Treiber and his British band. When I did the vocal, I closed my eyes, and went back on the F Train. I conjured the Queens girl-group spirit, and I knew I fucking pulled it off. I went to New York City in 2017 and, wearing my self-designed velvet and leather, Barbarella-style outfit, I pranced around the F Train stop of my 1960s youth. It felt great. Before stepping out into the 98-degree heat in that leather shirt, I got the news of the death of my hero of my youth, Anita Pallenberg, a lady of magic. On our first ever meeting she told me she would do a movie with me ‘someday’. It didn’t happen, but here it was, my blessing, as I stepped out of the car to shoot. No one could touch me, with her blessing. Not my peers who had gone off the rails, manipulated by the media, and certainly not Hillary Clinton or Donald Trump or some ridiculous puppets. I stepped on all of them with my song, with Anita pierced through my ears in the form of Italian late-1960s ram hoops, and at fifty-seven years old, rocked it like the nineteen year-old who wrote the thing.