A Short Biog of Sam Cook 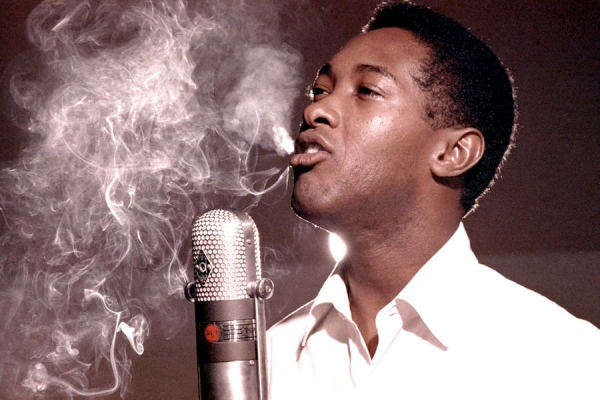 Samuel Cook was born in Clarksdale, Mississippi in 1931. One of five boys and three girls, his father was Rev. Charles and mother, Annie Mae Cook. In 1933 the Cook family joined the great migration and moved to Chicago. Young Samuel featured as vocalist in his church choir before teaming up with three of his siblings in a quartet dubbed the Soul Children. Sam became a member of the gospel group the Highway QCs. In 1950, he joined the gospel group, Soul Stirrers and stayed with them for the next six years. During this time they recorded "Nearer to Thee" and "Touch the Hem of His Garment."

In 1956 and under the name of Dale Cooke he released a pop single called "Loveable" (1956), the alias was to not embarrass the success of Soul Stirrers, but plans to record a follow up met with Sam being sacked from the group.

He signed to the Keen label, and resurfaced as a solo artist taking the name Cooke, as he thought the added an "e" onto the end of his name added a touch of class. In 1957 with the self-penned "You Send Me," (co written by his brother LC Cooke), Sam Cooke sold two million copies of his song which went to number one. 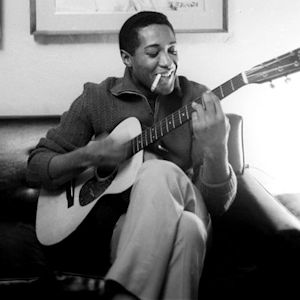 A series of other hits followed over the next two years, most notably the Top 40 hits "Wonderful World," "Only Sixteen" and "Everybody Likes to Cha Cha. In 1960 he signed with RCA Victor and his music was grittier and gospel-influenced. His reworking of "Chain Gang," became another hit and in 1961 he released "Cupid" which rocketed up the charts. In 1962 he capitalised on the new dance craze, and "Twistin' the Night Away" became another mammoth success.

Other hits included "Sad Mood," "Bring It on Home to Me," "Loveable", and "Another Saturday Night. Sam Cooke was a successful composer and wrote most of his hits. As his reputation grew, Cooke established fervent fan bases in both the pop and R&B markets, and eventually he graduated from the so-called "chitlin' circuit" of black-owned venues to Las Vegas casino stages and white nightclubs, emerging as a crossover superstar. Ostensibly Sam Cook was a singles artist, but 1963 he issued the superb album called Night Beat, and unlike most pop albums of the era, which were fleshed out a couple of hits with an abundance of filler material, the bluesy Night Beat comprised purely of prime material.

In the early 1960's, he became a record producer on his own independent label, SAR. He also had his own publishing imprint, Kags Music, and created his own management firm. Sam Cook produced "Soothe Me" by the Simms Twins, and "Rome wasn't Built in a Day" by Johnny Taylor.

Sam Cooke was a singer of remarkable spiritual resonance. He was also a champion of creative rights who wrote much of his own material and even established his own business empire to better realise his far-reaching musical ambitions, Cooke was also a champion of civil rights who utilised his stature as a performer to break down the colour lines separating blacks from whites. A major crossover success, his brilliant career was tragically brief. Sam Cooke was shot to death in suspicious circumstance on December 11, 1964, in Los Angeles, California. Even after his death Sam Cooke's influence was immense and his voice and phrasing influenced many others including Rod Stewart, Southside Johnny, The Animals, Simon and Garfunkel, Van Morrison, James Taylor, the Beatles (particularly John Lennon), John Mayer, Bruce Springsteen, Steve Marriott, Terry Reid, Steve Perry, Smokey Robinson, Marvin Gaye, Otis Redding, David Ruffin, Bobby Womack, Johnnie Taylor, Lou Rawls, Al Green, The Temptations, Philippe Wynne, Aretha Franklin, Mavis Staples, and Ben E. King.