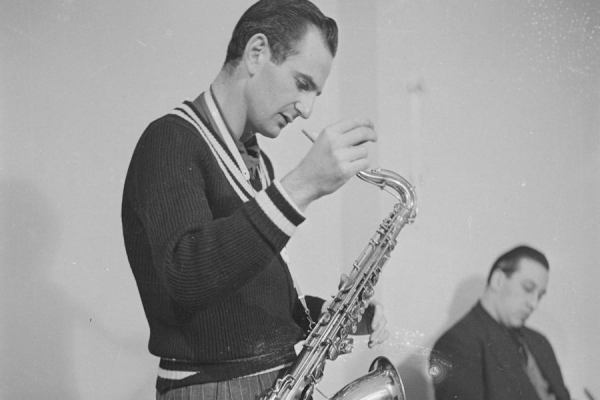 “I started the Club so that I could guarantee myself somewhere to play - and it’s absolutely true. If I hadn’t have been a musician, there would have been no Ronnie Scott’s Club.” Ronnie Scott.

Ronnie’s father Joseph Schatt was a saxophonist and a bandleader, who during his early twenties, anglicised his name to Jock Scott. In the summer of 1938, Ronnie matriculated from primary school and went on to attend the Central Foundation School in London EC1. Ronnie was then seconded to the Raines Foundation School, which many notable celebrities attended. When War broke out in 1939, Ronnie was evacuated and relocated to the Raines School in Brighton, where he took up residence at 21a, Lansdowne Road, Hove. 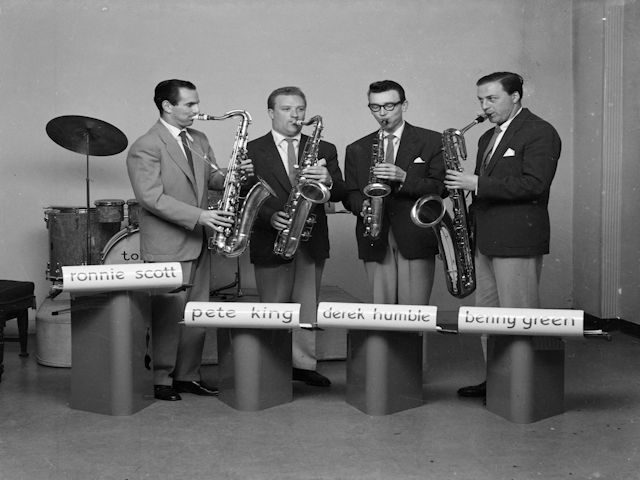 Like all kids, Ronnie loved football, was interested in airplanes, and a keen reader. When he heard the likes of Don Byas, Coleman Hawkins, Charlie Ventura, and Lester Young, he became interested in jazz. From one of the many second-hand shops that littered the East End of London Ronnie purchased a cornet for five shillings. Unfortunately, the instrument broke, and he swapped it for soprano saxophone, later his stepfather Solomon ‘Sol’ Berger, persuaded him to take up the tenor. When Ronnie commenced playing, many of the be-bop musicians influenced his style, which was a cross between Wardell Gray and Allan Eager. Sonny Rollins, Hank Mobley, and Joe Henderson were also an influence, and he came under the spell of Stan Getz. Getz was notorious for not completing his runs at jazz clubs, which lead Ronnie to state, “It’s one thing when your idols have feet of clay, but another when their heads are made of clay.” When he slipped a disc, he told an interviewer he did it; “Falling over backward trying to please Stan Getz.”

When he was 15, Ronnie took lessons from Jack Lewis (who later married Vera Lynn) and Harry Gold. Gold was very helpful although according to Ronnie, the best tip he gave him had nothing to do with music, he stated; “Never wear brown shoes with a blue suit.” Ronnie first worked with Felix Mendelssohn’s band, and he played at Jewish Youth Club dances and Bar-mitzvahs, with Winston Cecil ‘Flash’ Winstone and Tony Crombie. Eventually, Ronnie gravitated to the West End, which by now was full of ‘Yanks’, and the music of the great American swing bands blasted out of the clubs and dance halls. 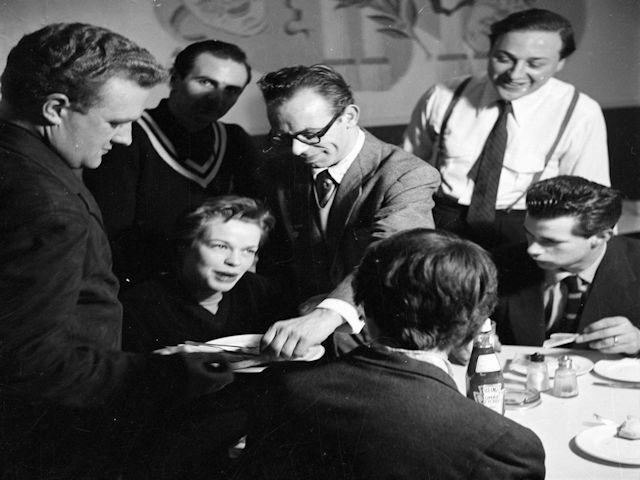 The first professional gig Ronnie undertook was playing with pianist Clarry Weers, at what he termed as a rather ‘dubious’ West End club called La Bouillabaisse, and later played at The Jamboree Club. He followed this with a stint at The Orchard Club in Wigmore Street with Cab Kaye. The Belgian cornet player and ex-gentlemen Grand Prix driver, Octave John ‘Johnny’ Claes often dropped by and offered Ronnie a gig with his band, Johnny Claes and his Clae-Pigeons. It was Ronnie’s first serious tour, and he played with the band from 1944 to 1945. In 1946, Ted Heath, the best-known British big band leader hired Ronnie. However, Heath was a strict disciplinarian, and after Ronnie had missed a few dates, he was fired and replaced by Tommy Whittle.

Ronnie went on to play with the Tito Burns group that appeared on the Saturday lunchtime session of the BBC’s Accordion Club. They played at Churchill’s where Jack Jackson (later a DJ on Radio Luxembourg and BBC radio) and Hamish Menzies co-led a band, and there was a stint with Bert Ambrose’s band at the Nightingale. Ronnie also played with Carlo Krahmer (1914-76), the first person to recognise the many talented British (modern) jazz musicians in post-war Britain, who were not only interested in bebop but also wanted to play and record their brand of this ‘new jazz’. In 1947, Krahmer with his wife, and friend Peter Newbrook formed Esquire Records and solely dedicated to recording British modern jazz. 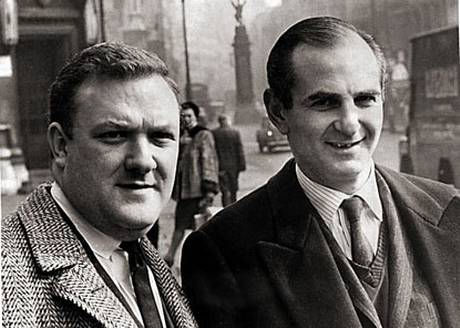 The music that came from New York was exciting to the young British jazz musicians, who because of a Musician’s Union’s ban on foreign musicians, could only listen to their heroes on 78-rpm records. A young Ronnie Scott and Tony Crombie were eager to hear the likes of Charlie Parker, Dizzy Gillespie, and Miles Davis first-hand, and in 1947, they scraped the money together and travelled to America. They made their way to 52nd Street, where many jazz clubs existed. At The Three Deuces, Ronnie watched Charlie Parker and Miles Davis, while next door he took in Dizzy Gillespie’s Big Band and in the early hours of the morning, joined Dizzy for a jam session. The excitement of these jazz clubs struck a chord and Ronnie said of this trip; “Since that night on 52nd Street in 1947 when I’d seen the Charlie Ventura Bop For The People Band in full cry and marvelled at the electric atmosphere of the club. I cherished the ambition to replicate a club in London at some time in the future.”

In the forties, Geraldo who was one of England’s leading bandleaders, had a contract to supply bands for the Cunard’s North Atlantic run. Ronnie along with many other British jazz musicians joined up with ‘Geraldo’s Navy’ and played in the orchestra on the liner RMS Queen Mary. Although the musicians were not playing the music they liked, they were earning a salary and during the layover, were able to check out the vibrant New York jazz scene. 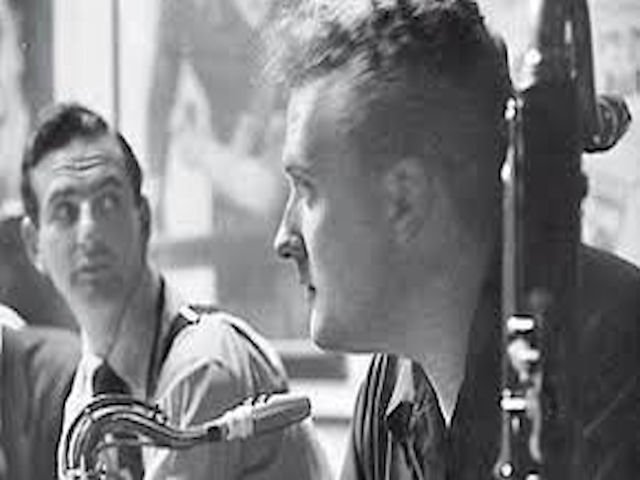 On January 13, 1948, Ronnie recorded a session for Esquire, which is now considered to be the first British modern jazz session. The group included Pete Chilver(g), Ralph Sharon (p), Jack Fallon (b) Carlo Krahmer (d). Ronnie was at the centre of the London Bop scene and in 1948, helped form a musician’s cooperative to open Club 11, at Mac’s Rehearsal Rooms in Great Windmill Street and the first jazz club dedicated solely to be-bop. The club opened six days a week, later relocating to bigger premises in Carnaby Street. On April 15, 1950, the vice squad raided the premises and arrested some musicians on drug charges. The Military Police arrested Denis Rose for desertion, and the trials made the front pages of the tabloid press, with several of the musicians receiving convictions. These shenanigans took place more than a decade before the likes of the Rolling Stones were making front-page news with their escapades.

By now, Ronnie was gaining a reputation and recognised by his fellow musicians as one of the leading lights of British modern jazz players. In 1949 Ronnie played with Alan Dean’s Be Boppers, recorded with Ralph Sharon’s group and in 1952, played with Jack Parnell’s band, which included Pete King (there are two saxophonists named Pete King, the one in the Parnell band is the co-owner of Ronnie Scott’s.) The band toured British theatres with a variety show called Jazz Wagon, which later Tubby Hayes and Annie Ross joined the band. 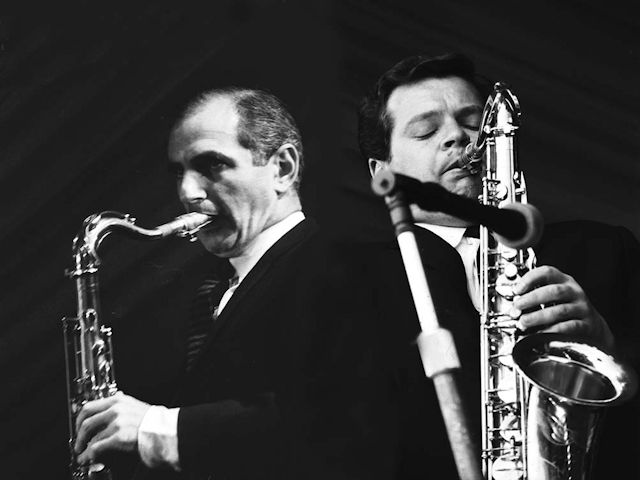 In 1953, Ronnie was a part of a collective nine-piece group (and the undisputed leader), who debuted on the only appearance of Norman Granz’s Jazz At The Philharmonic revue at the Gaumont State in Kilburn, London, and their set featured numbers arranged by Jimmy Deuchar. During this period, Ronnie formed an ‘all-star’ big band, of which only four tracks exist on an Esquire EP. It was a massive struggle and very expensive keeping this collection of musicians on the road and the band didn’t last. Their policy of playing strictly ‘jazz’ music made it even harder to keep the band afloat.

In 1957, along with Edward Brian ‘Tubby’ Hayes, Ronnie co-led The Jazz Couriers, which featured Terry Shannon (p), Phil Bates (b), and Bill Eyden (dms), and they debuted on April 7, at the Flamingo Club in Wardour Street, Soho. There was nothing apologetic about the Couriers, they played their jazz at full throttle and were the hottest British jazz groups around. Ronnie and Tubby were universally recognised and, as soloists, both Hayes and Scott were a match for their American counterparts. Ronnie described this period as being ‘lively’, and he and Tubby played together until 1959 when they amicably parted company. Tubby felt the two-tenor sound limited and wanted to be free to work as a solo artist, while Ronnie was itching to set up a ‘real’ jazz club in London. 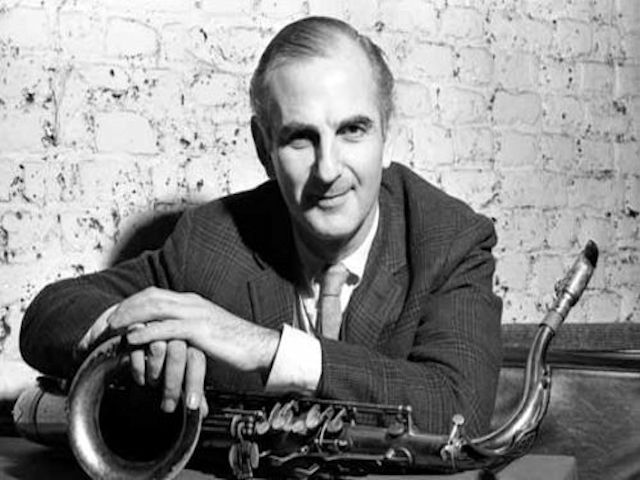 From 1960 to 1967, Ronnie formed a quartet with Stan Tracey, which featured Malcolm Cecil, Jackie Dougan, Ronnie Stephenson, Bill Eyden, and Rick Laird. There were recordings made with Tubby Hayes’s orchestra, and the line-up reads like a who’s who of British jazz, Ronnie also played in the reed section of the Francy Boland / Kenny Clarke Big Band. In 1966, Ronnie recorded with Harry South’s Big band and appeared on Georgie Fame’s album Sound Venture, which went to number six on the pop charts. Fame was one of the few British musicians that crossed jazz over into the pop market without losing credibility. Ronnie also played on many pop sessions including playing the solo on the Beatles single ‘Lady Madonna’.

Ronnie formed an octet featuring John Surman, Ray Warleigh, Gordon Beck, Tony Oxley, and Kenny Wheeler. The jazz they played was the most experimental of Ronnie’s career and ended in 1969. For the first half of the seventies, he led a trio featuring Hammond organist Mike Carr, who Oscar Peterson dubbed as the best Hammond organist in Britain. Following this, Ronnie fronted various groups, which included John Critchinson (piano), Louis Stewart (guitar), Dick Pearce (trumpet), Mornington Lockett (tenor), Ronnie Mathewson (bass), and Martin Drew on drums. Despite being the ‘Godfather’ of British modern jazz, for the remainder of his career Ronnie rarely went into the studios, and mostly produced live albums recorded at his club.

Ronnie returned to the soprano sax later in his career, and whether it was on tenor or soprano, Ronnie played with passion and a remarkable innovator. One of his finest recordings came when he played with Sonny Stitt at his club and recorded the album; The Night Has A Thousand Eyes. Ronnie was equally adept at playing a ballad, and a fine exponent of the blues. Charles Mingus once said of his playing; “Of the white boys, Ronnie Scott gets closer to the Negro blues feeling, the way Zoot Sims does.” 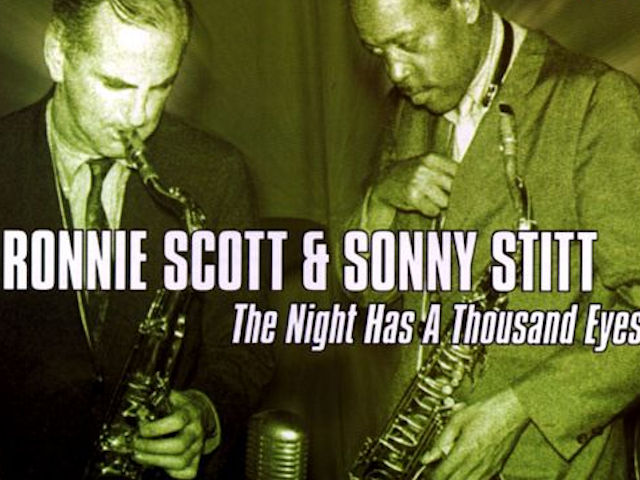 Peter King’s parents bought him his first instrument and his piano playing elder brother Roy was a big influence. Like Ronnie, he went on to take lessons with Jack Lewis in Stamford Hill, and at the age of 18, commenced his career working with Jack Oliverie at Stoke Newington Town Hall, as a semi-pro musician. It was with Oliverie’s band that he first met Ronnie and they played together again when King followed Scott into Vic Lewis's big band. Pete played with Paul Fenhoulet, Kenny Graham, and Teddy Foster, before landing his first professional job, playing for the trumpeter, Leslie ‘Jiver’ Hutchinson.

In 1952, Ronnie and Pete played with the Jack Parnell Orchestra, and when the BBC offered Parnell, a string of radio broadcasts, the band had to include a singer. Jack wanted to engage Marion Keene as the vocalist, but she would only join the band if Parnell hired her tenor playing husband Ronnie Keene, which gave the band leader a problem. To keep the booking, Parnell subsequently fired Pete, which made several of the musicians unhappy, and Derek Humble, Jimmy Deuchar, Ronnie Scott, and Ken Wray quit the band.

However, as Pete told me, the Parnell band was struggling, and without a singer, they would have lost the radio broadcasts. Pete never held a grudge with Parnell’s decision, and they remained on good terms. Over the 20 odd years that I visited Ronnie’s, Jack Parnell was one of the regulars. Pete went on to play with Kathy Stobart’s group and acted as manager, and this is where he acquired his business acumen, or at least that’s his story.

When Ronnie formed the Jazz Couriers with Tubby Hayes, Pete decided to give up playing and concentrated on the business side of the music. He managed the Couriers until 1959 when he went into partnership with Ronnie, and they opened the first Ronnie Scott Club at 39 Gerrard Street in Soho, London.