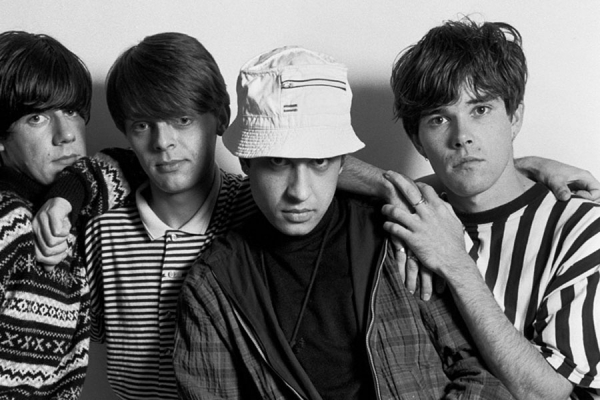 There are times in any music lover life when you’re there, right at the start of a great band, they soundtrack an instrumental part of your life and you know you’ll be together regardless, through the ‘jazz funk concept album’ even.

The Stone Roses are one of those generational defining bands. A band that mark a place and time, attitude and dress code, a band that for many has resulted in their very own stigmata. Unfortunately, I missed the boat and initially they passed me by. For some reason their earth shattering arrival, failed to register with me. It may have been the crowd I was knocking about with, the places I was hang about or just that my ears weren’t picking up their signals. I’d had a pretty good grounding in music history my old man was a Beatles aficionado, his collection of vinyl albums treated with holy reverence. Indeed, these were our ‘Songs of Praise’. A different album every week to which we were made to sit and listen to, no mucking about or play fighting until after the Holy Quartet had delivered their sermon. 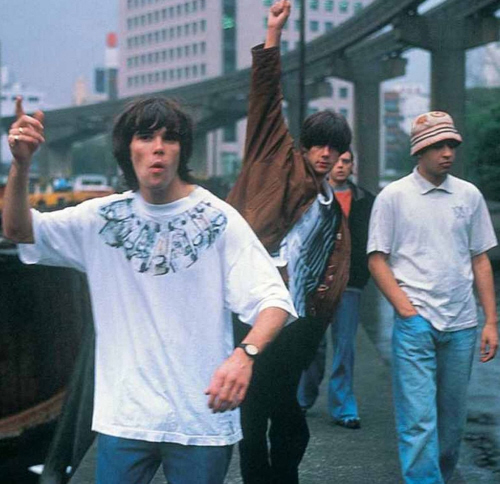 They came to me, The Stone Roses, via cassette in the summer of 1990 whilst in Tenerife trying to flog timeshare to unsuspecting holidaymakers. If there’s one thing I’m not it’s a salesman, the gift of the gab does not reside in this gob. Needless to say I didn’t make many sales or much money. A particular poor hawk-wareing day ended, when after ferreting around, I found enough pesetas to seek comfort in a cold bottle of Dorada. Alone and contemplating a much needed career change, I heard swaggering vocals proclaiming ‘One Love’ from the bar radio. I wouldn’t say it was an epiphany, that would come from another Manc band a little later, it was definitely one of those, whoaaaa, wtf is that!’ moments though.

My ears tuned in and the beer tasted sweeter, the sun shone a little brighter and my lack of sales prowess didn’t seem to matter as much. I just sat absorbed the sound and when it had finished listened intently to find out who this band was. Needless to say, the radio station followed on with song after song, my beer got drunk and after nursing an empty bottle for what seemed an unreasonably longtime, I left the bar and headed home with a head full of chiming guitar. 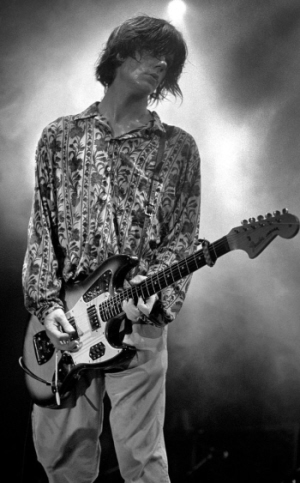 A good few incredulous looks came my way the following morning when thinking I was ahead of the curve I mentioned this new sound I heard to a couple of fellow timeshare sharks. That’s The Stone Roses, they said in unison. ‘Here have a listen to this’ and someone handed me a cassette. Quitting my sales career whilst at the top, I returned to home that summer and absorbed the Roses debut album into my DNA. Unfortunately for me though that summer would see the Roses embroiled in legal disputes and practically disappear for 5 years. There was to be no Blackpool Empress Ballroom or Spike Island moments for me, no wandering round town in flares and a Joe Bloggs hoodie.

I’ve completed my homework studies since then, obviously and am fully up to spec , both albums have been bought and their earlier releases like Mersey Paradise poured over. However, I guess because of my late arrival at the table of baggy and the fanatical god like devotion the Roses command I never felt they were my band. I always felt like an interloper, even worse a bandwagon-jumper, hitching a ride on the groovy train. Hence, when the band announced the Heaton Parks resurrection gigs, joining the bucket-hatted congregation on their pilgrimage, didn’t sit right.

Wednesday 15th of June and I’m four pints into an overcast afternoon, the pub is bouncing, in fact Manchester is bouncing on its Adidas shod toes. Raucous renditions of Roses classics burst through open windows serenading passersby. In fact if you weren’t aware of the Etihad’s four night temporary residents, you’d swear Manchester was holding an Adidas convention! I’m here, minus bucket hat, by default. A mate asked if I fancied his wife ticket as she had only agreed to go to please him and wasn’t really that bothered about going. I managed to quell the bandwagon-jumper voice sat on the other shoulder and gladly accepted. After a lubricating afternoon spent in Manchesters Northern Quarter, we joined the Eithad congregation and headed towards the baggy Mecca.

‘Sorry’ said the young lady apologetically, behind the bar, ‘We stop serving at 9:45’ 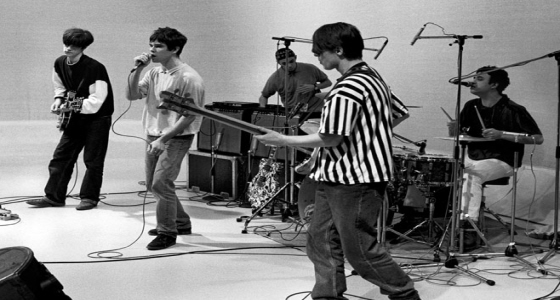 We’d been content stood at the back watching the Roses swagger through often unheard early songs and first album classics, while surveying the crowd around us, loved up middle aged couples swaying in unison popped pills into each other’s mouth and a thousand selfie takers recording and updating.

We both turned towards the stage and in a moment of headed off in the direction of the four Mancunian apostles. Fifteen minutes of ‘excuse me mate’ ‘sorry, can I just, cheers’ and ‘yeh, we are trying to get to the front’ we made it. Unlike the Noel G gig once I got there, I stayed there.

No sooner had we arrived, as if on que the clouds parted, the rain poured washing away my doubts and apprehensions. We swayed, we sung and we clung to each other. Damp and delirious, it may have been the afternoons drinking, I prefer to think of it as a momentous out pouring of love and good vibes, and finally I got what I’d missed all those years ago. I got the spine tingling goose-bumps, I got the message of the Roses, I got that it’s not how you got into them, it matters not if you know all the words to the obscure b-sides, it’s not about exclusivity, it’s about inclusiveness, unity, it’s all for one and one for all.