The UK roots of Acid House by Dean Cavanagh 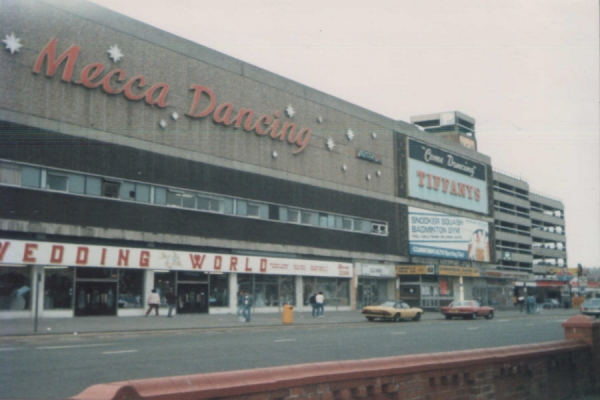 2017 sees 30 years of Acid House. I’m not usually one for anniversaries; I was happy to hear that Joe Corre - Malcolm McClaren’s son - was going to burn his collection of punk memorabilia to celebrate 40 years of “punk” and that a gang of octogenarians in Bermondsey trashed a load of old washboards to celebrate 60 years of skiffle.

I’m not a sentimental person. Skiffle happened before I was born and during Punk I was lucky enough to experience it but too young to fully participate.

Acid House as a phenomenon had many international parents throwing their DNA into the mix. From the garage parties of Chicago and New York, the proto-techno underground of Detroit, the Go Go scene in Washington, the high energy disco's of San Francisco, the Euro sound from Italy and Spain and the New Beat of Belgium, but it was the UK where it galvanized and became a uniquely British export.

I grew up with Northern Soul and the Northern Soul scene I was part of never got co-opted or commercialized. I was into “Modern Northern Soul” which created a schism in the ranks of the scene. When the majority of people think of “Northern” they picture The Wigan Casino; voluminous flares, polyveldts, talcum powdered dance floors and sweaty bare chested youths spinning like dervishes to rare 1960’s R&B from the states. That side of Northern certainly existed but there was a more progressive side of the scene that became far more influential.

The records played at The Blackpool Mecca Highland Rooms by DJ’s Colin Curtis and Ian Levine took the template of Northern Soul and advanced it to the point where disco, hi-energy, jazz inflected R&B and proto-House music mingled with the staple classics to create a far ‘cooler’, smarter and more discerning scene. It got to the point where you could actually notice those soulies who went to The Mecca or The Casino by their clothing and style. The Casino was an homage to the past whilst The Mecca firmly had the future in its sights. Hence the term “Modern Northern Soul” being coined.

Throughout the early 1980’s we sought out clubs that played progressive soul music or attended Northern Soul nights where a backroom was laid on for for Modern DJ’s to flex their tastes. Two of the best in my opinion were Richard Searling and Soul Sam. Alumni from the original Northern scene, they pushed the envelope and started incorporating new music into their sets and turned us on to amazing new records, that were often as equally rare as the old 60’s sounds. This was the era of limited edition and imports.

It was through this music that me and my mates broke out of a North West mind set and started traveling up and down the country to go clubbing. Soul Weekenders caught our attention and we became regulars at Prestatyn, Caister and the original Southport Weekenders - that were actually held in Blackpool. We heard of London venues like Chris Sullivan's seminal Wag Club where soul music was being mixed into a heady cocktail and we ventured anywhere that caught our attention. Although far more populist than the likes of The Wag, The Weekenders were heaven sent; three days of non stop soul music, no sleep, booze, drugs, bonhomie, casual sex, hi jinks and meeting people from all over the UK. The music was all important to us though. We got to hear DJ’s playing a range of music that fell under the umbrella of “soul” but took in all kinds of styles and genres.

Ibiza in those days was seen as either an 18 to 30 boozy paradise or a destination for “The Europeans”. Our destination of habit up to 1986 was Benidorm. It didn’t vary that much from Ibiza but Benidorm took a lot of stick in the past for various reasons. In the mid 80’s though, Soul Music dominated many of the clubs and bars on the Costa Blanca. We would regularly bump into gangs of “soulies” from the South of England and we forged many friendships. Lennons Bar was a tiny space that pumped out some amazing music. Dennis The DJ was an exile from Manchester who came from The Rafters scene - a follow on from Blackpool Mecca - and his taste was impeccable. A larger disco called Jokers carried on when Lennons closed at 4.am. There was absolutely no hype or advertising, you just gravitated towards where the music played.


It was in 1985 that some of us started getting our heads around this new fangled thing called “House Music”. We’d heard the likes of Paul Oakenfold and Trevor Fung playing it at Weekenders and suddenly a scene was forming. It felt to us like another natural progression from what Curtis & Levine were pioneering at The Mecca and what US labels like West End had been putting out for years. The Hacienda in nearby Manchester was pioneering House music in spectacular fashion but not all us bought into the new sound. There was plenty of resistance from the “soul purists”. For me though this was a step in the right direction.

We were at a “soul” alldayer one bank holiday at Great Yarmouth in 1987. Chris Hill and Robbie Vincent were spinning their usual soul anthems and the crowd were lapping it up. Something very strange was about to happen though. Something that would eventually lead to a multi billion dollar industry being spawned. Something that at the time seemed quirky and irrelevant but would ultimately change the face of popular culture.

Johnny Walker - a DJ who we’d seen many times at The Weekenders - came on the decks and started playing a few records that he called “Balearic”. The dancefloor emptied, but he persisted. The two tracks I remember were Elkin & Nelson’s ‘Jibaro’ and Mandy Smith’s ‘I Just Can’t Wait’. Remember, this is a crowd of dyed in the wool Soulies and here was a DJ playing what sounded like a Spanish folk song and a Euro Disco track from a very young girl who was famous for shagging Bill Wyman.

People were confused. I instantly liked Johnny Walker’s style in having the balls to play left field but most of the crowd simply ignored it. I was intrigued and soon found out that Johnny Walker had been on holiday - one that’s now become part of folklore - to Ibiza with fellow DJ’s Nicky Holloway, Paul Oakenfold and Danny Rampling and that they’d found a club called Amnesia. The DJ at this club was called Alfredo - an exile to Ibiza from The Argentinian Junta - and he was blowing minds by mixing all kinds of genres to create a totally immersive and exciting “New dance music”, that was being termed “Balearic”.

As apocryphal as it sounds it was virtually overnight that this Balearic music morphed into what became known as “Acid House”. Primarily Holloway, Oakenfold and Rampling went back to London and unwittingly created a scene that eventually led to new clubs being born, illegal parties popping up, new laws being written, super clubs, rampant profiteering, the transformation of Ibiza and thousands of people becoming service providers to the scene. From Balearic to Acid House to Dance Music to EDM in Las Vegas. It was a steady arc that nobody could have predicted.

We were at a Prestatyn Weekender in 88 when it all kicked off. Nicky Holloway, Paul Oakenfold, Frenchie and Pete Tong took over a big room, renamed it The Reactor and threw an Acid House party that became one of those “you had to be there” episodes in popular youth culture. It was strange for me to watch it all grow from the sidelines. A lot of our gang would have no truck with Acid House - the same ones who had been resistant to Hip Hop, and chose to spend the weekend listening to Robbie Vincent and Jeff Young dropping “classics” in the main arena - but it wasn’t long before they too were “getting on one”. Whizz - amphetamine - and blow - usually red or black Leb - soon lost favor to trips and MDMA. You just couldn’t help but get sucked into the vortex.


2017 sees the 30th anniversary of that holiday. There will be a lot of reflection, taking stock and revision of the culture it spawned. Were the Four Amigo’s: Oakenfold, Holloway, Rampling & Walker pioneers? Yes, they were inspired to import what they had experienced in Ibiza back to the UK and put their stamps on it, but they are in a pantheon of pioneers stretching back to the very first importers of American rhythm and blues. What the Four Amigo’s did was inject a vital and more eclectic energy into a subculture. To me it was another natural progression of appropriation that the British are uniquely adept at. The Beatles and The Stones did it with the Blues and McClaren did it with Punk and Hip Hop. It’s almost a type of cultural colonialism mixed with a cut and paste attitude and entrepreneurial spirit that makes these scenes blossom and become bigger than the constituent parts.

To many people and consumers, history of their culture means nothing. It simply is what it is at the time they fall into it. That’s fine. After all, we’re ultimately talking about entertainment, it’s not life or death surgery or a turbulent sociopolitical crisis. Nothing exists in a vacuum and if it hadn’t been Acid House that came along something else would have filled the gap. The thing with Acid House though - or whatever you want to call it - is the longevity and its global appeal and resonance. Obviously Punk rewrote all the rules and created a seismic shift, but its commercialism comes nowhere close to that of what Acid House eventually achieved.

Personally for me that holiday the Four Amigo’s took in 1987 changed everything. When Holloway, Rampling and Oakenfold opened their clubs in London in 88 I was determined to do the same. In 89 I started my own night at a small club in a Yorkshire market town called Shipley. I called it ‘Meltdown’ and we mixed soul, house, hip hop, Belgian new beat and ‘Balearic’ tunes for a crowd of Townies, Casuals, Soulies, Gays, Straights and Indie Kids. As corny as it sounds it really was a coming together of people who usually wouldn’t mingle. Through that little club I went on to become a music journalist, a successful promoter and eventually a screenwriter. I’m positive none of this would have happened if it hadn’t been for Acid House.

Through the Acid House scene I’ve met and worked with graphic designers, directors, musicians, artists, novelists, DJ’s, poets, actors, you name it. It opened up a world that would never have existed had Acid House not happened when it did. I am one among many hundreds of thousands who were directly and indirectly and profoundly affected by a holiday that four London soul boys went on in 87. So, yes, next year I’ll be celebrating a 30 year old youth movement with a lot of old fat bastards like myself and doffing a cap to those Four Amigo’s for deciding to go to Ibiza instead of Marbella.