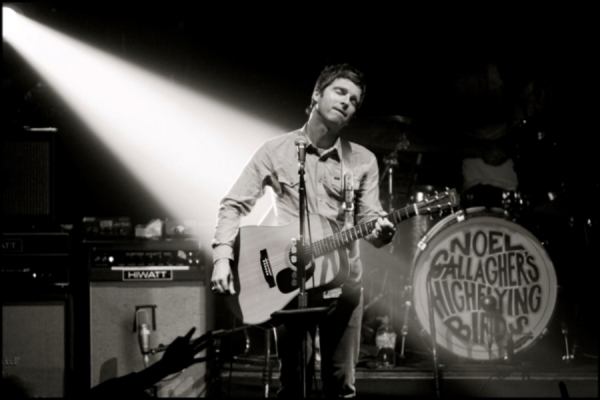 This is the second time I’ve been to a Noel Gallagher gig at the Echo.

Much like the first, by the time I got round to ordering my ticket the standing area was sold out so I had to make do with a seat. Part of the reason why I prefer standing is that it’s so sodding hard to find your way to your place, especially if you wander through the wrong entrance and have to walk half way around the entire section like I did. Still, once I’d finally vacated my seat I found that I had a reasonably good aerial view of the stage, being situated ahead of me rather than from an angle, so although the figures on the stage still looked like the pages of a Where’s Wally annual I at least had a good view of the screens and the speakers were positioned directly in front of me. Could be worse.

First on were Super Furry Animals, my undisputed favourite Welsh band of all time. I’ve been into a fair few Welsh bands over the years too. Arriving on the stage to a throbbing Techno Soundtrack and launching straight into ‘Slow Life’, the band turned in a ten song set of fan favourites crammed with more wit, invention, power, fury and pop genius than many bands and artists manage in a two hour concert. Two tracks that sounded particularly fine tonight were an elegiac ‘If You Don’t Want Me To Destroy You’ from their 1996 debut ‘Fuzzy Logic’, and the fiery ballad ‘Demons’ from the following years ‘Radiator’, two of the most gripping, anarchic, essential albums of the nineties. I’ll never forget borrowing the former from the library as a twelve year old; reading the breathtakingly surreal lyrics sheet, gazing at the striking cover art featuring the many disguises of the recently deceased Welsh drugs smuggler Howard Marks, marvelling at the dazzling mixture of frenetic punk, 70s prog and knockabout pop, it changed my life forever as I realised there was no going back, this band WERE for life. As the band come back clad in full Yeti attire for the second part of a blistering ‘The Man Don’t Give A Fuck’ I’m pretty sure I heard the lady sat next to me tell her boyfriend that ‘they look like they’re on Acid.’ Hilarious! Genius band, great to have them back. 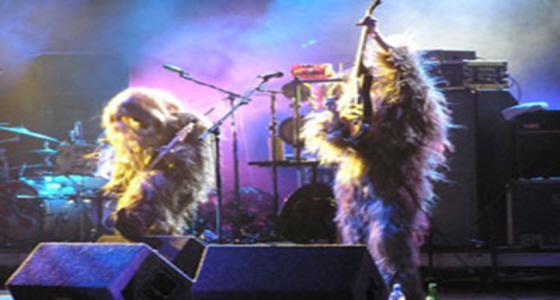 And so to Noel. One of the most singularly divisive figures in rock ‘n’ roll history, Mr Gallagher and his brother Liam seem to be loved and loathed in equal measure. Some of his views, it has to be said, can make for uncomfortable reading (his branding of various different Labour leaders as ‘communists’, his bizarre ideas on women not being able to play guitars), although having said that if my record collection was only limited to artists whose views I wholeheartedly endorse then it would be a very slim place indeed, being crammed full of notorious sexists, adulterers, fornicators and wife beaters , nearly all of whom are generally deemed acceptable by the ‘serious’ critics. It’s also unfair the way Oasis fans are pigeonholed as ‘hooligans’ and ‘yobs’. Like many big bands they attract an unsavoury minority but no more so than many of the Glam or Punk artists of the Seventies, most of whose gigs, I have on very good authority, were generally far more violent affairs than most Gallagher related ones (bottlings, stabbings, the works), that’s not to mention reports of the arseholes subjecting Finley Quaye to racist abuse during his set at Madstock as late as 1998. All of this is conveniently overlooked by many of these journos, if it’s a band that meets their approval then it generally goes unchallenged. The way they harp on you’d think the Gallaghers were the only artists on Earth capable of attracting hostile crowds.

Music journo extraordinaire Jon Savage, author of the superlative punk chronicle ‘England’s Dreaming’ once said that it upset him greatly how the tabloids were attempting to portray Oasis as ‘mealy-mouthed Northern oiks’, pointing out the often overlooked aspects of vulnerability and introspection prevalent in many of their songs. You can certainly hear these qualities in the selection of Oasis B-Sides played here tonight; the mournful redemption of ‘Talk Tonight’, the cosmic acoustic childhood reminiscence of ‘D’Yer Wanna Be A Spaceman?’, the ‘dream is over’ reflections of ‘Fade Away’ and, best of all, the towering ode to isolation that is ‘Listen Up’ (the highlight of the night for me), one of my all time favourite Oasis tracks. This last track in particular disproves the notion of the Gallaghers being ‘Sid The Sexist’ type misanthropic louts, an anthemic championing of the underdog, its chanted-back refrain of ‘I don’t mind being on my own’ sending jolts of electricity up the spine. A great pop moment alright. 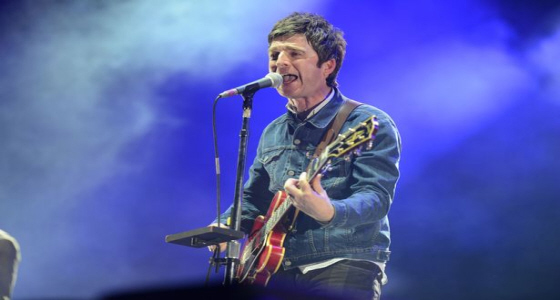 What about the High Flying Birds material? There’s much to enjoy here; the brisk, fogged up jog of ‘Everybody’s On The Run’, the queasy fairground waltz of ‘The Death Of You & Me’, the shiny Widescreen crackle of ‘In The Heat of the Moment’, all good stuff. I was a little disappointed not to hear the bass-heavy Jazz pop of ‘The Right Stuff’ from ‘Chasing Yesterday’, Noel’s most experimental, sonically adventurous post-Oasis track yet and a possible hint of a new direction, would have been interesting to see how it went down in this big budget, celebratory, singalong setting. Little matter; as the entire auditorium stands for the parting shot of ‘Don’t Look Back In Anger’ it suddenly occurs to me that the day the 21st Century truly eats itself and we find ourselves the subjects of a Monarchy-free Socialist Republic, this will surely be the National Anthem. Certainly a more edifying proposition than rotten old ‘God Save The Queen’ anyhow. Love him or Loathe him, Mr Gallagher’s staying power cannot be denied. Often imitated, rarely bettered. Accept no imitations.