A Short Biog of Herman's Hermits on ZANI 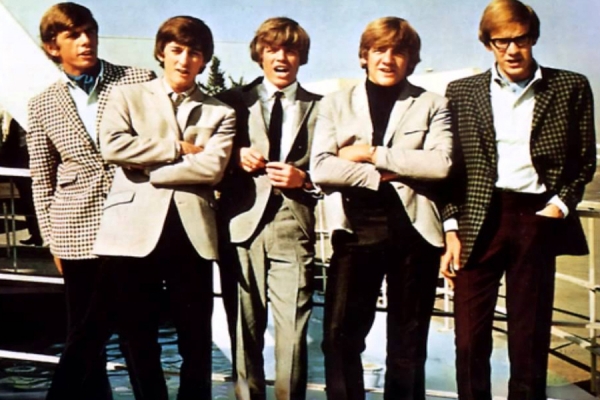 They were soon joined by a 16 year old called Peter Noone (lead vocals), Peter Noone had attended the Manchester School of Music and Drama and acted under the professional name Peter Novak. He appeared in several roles but his most famous was a cameo role in Granada Television's "Coronation Street" where he played Stanley Fairclough (Len’s son).

The change to Herman came after the lads misheard the name Sherman when someone said Peter was a look alike a cartoon character. Originally they were called Herman and the Hermits, and it soon became abbreviated to Herman's Hermits. Herman had a cute face and was ideal front man for the band. Like Molly Meldrum in Australia, Herman became the face of 1964. Herman’s Hermits were produced by Micky Most. The truth was most of their records used session musicians including Jimmy Page, Big Jim Sullivan and John Paul Jones. The Hermits were competent musicians but Most preferred professional session men and the band did the live performances. I’m into something good was the only Number 1 the group had in the UK.

Herman’s Hermits followed The Beatles to the USA, and soon established themselves as four alternative mop heads with their non-threatening, clean-cut image. They were an instant smash and placed six singles in the US Top Ten as their pop records sold like hotcakes.Their records were smooth, pleasant pop/rock, the British invasion equivalent of easy listening, which set them apart from most of the rival acts of the time. Their remake of the Rays' 1950s hit, "Silhouettes" and cover version of Sam Cooke's "Wonderful World" (which reached number four in America) are good examples of their pop recordings.

HH toured the States in 1965 and when an American disc jockey heard the song "Mrs. Brown You've Got a Lovely Daughter" he convinced MGM to issue it as a single. The song had been put together as a joke by the group and light tribute to musical hall. The song was recorded as an afterthought and done in two takes using two microphones with Hopwood on guitar, Green on bass, and Whitwam on drums. The band disliked the songs, and was really taken aback when it shot to the number one spot in the US. It sold 14 million copies worldwide.

Mickie Most recognized a winning formula for the American market and got the group to record more songs in the same vein, including an actual Edwardian-era music hall song called "I'm Henry the Eighth, I Am." Despite making the group cringe over what it would do to their image in Britain, I’m Henry the Eight; I am, became the fastest-selling song of the time and went to Number one in the US.

Although the music styles had progressed in the UK and HH too as a group, they were never quite able to convince the record buying public they were anything other than a bubble gum group. Their record sales remained healthy in America well into 1966 but their British successes gradually slackened in sales until the group recorded Graham Gouldman's "No Milk Today," which put them back in the U.K. Top 10.

Soon The Monkees replaced Herman's Hermits as the simple pop rock act, and the Hermits' career declined even further. The irony there was both Herman and Davy Jones had previously appeared in Coronation Street. Then "There's a Kind of Hush (All Over the World)" engendered a revival, but the Hermits never again cracked the top 10 in the U.S.

In their heady days HH appeared in a couple of movies including When The Boys Meet The Girls (1965) with Connie Francis, and Hold On! (1966) Shelly Fabares. They also featured in all the major US shows including Dean Martin and Ed Sullivan, but also in 1966 "Herman's Hermits Hilton Show" was aired on Australian television. In 1968 the group made one more feature film, entitled Mrs. Brown You've Got a Lovely Daughter. The song served the group one last time, yielding a movie about dog racing that gave Noone a lead acting role and which was a decent box office success in 1968. 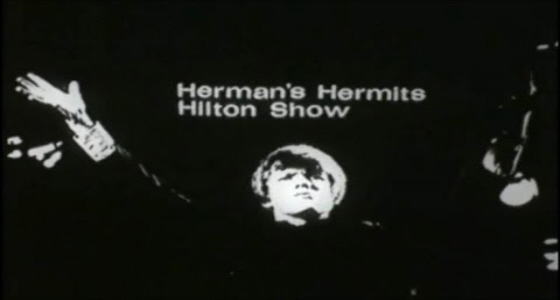 Peter Noone left the band in 1971 to follow a solo career in singing and acting. The group soldiered on for another three years, cutting singles that were duly ignored. Peter Noone returned briefly to the fold in 1973 to capitalize on the rock & roll revival boom then left to pursue his own career. Despite their undoubted commercial success as a 60s group, HH remain undervalued and often dismissed as a novelty act. Noone continues to tour and has performed in Australia.