A Brief History of Manfred Mann 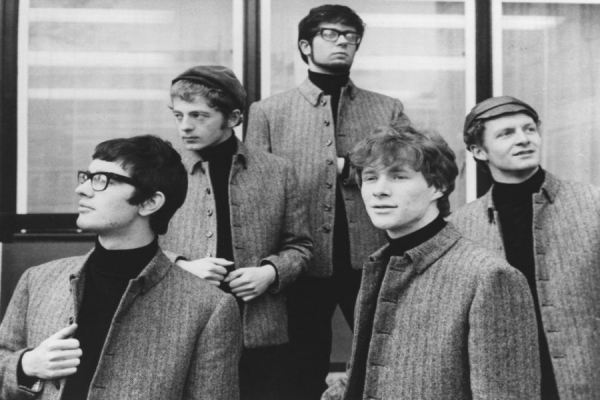 The band formed in 1963, after Manfred Mann met Mike Hugg at a Bultin’s Holiday Camp in Clacton (UK).

They originally called themselves Mann-Hugg Blues Brothers and were part of the R&B craze which swept the UK in the early sixties. The band held the residency at the prestigious Marquee Club and was chosen to record 5-4-3-2-1 which was the theme for the new Ready Steady Go (the week-end starts here) TV program in 1963 . (This predates, Countdown (Australia) by a decade but had a similar impact.)

Clever marketing meant by the time The Manfreds arrived with 5-4-3-2-1 they were already a sensation, even to those who hadn't heard or seen them before . The original line up was Manfred Mann (b. Manfred Lubowitz -keyboards); Paul Jones (Vocals and harp); Mike Hugg (drums); Mike Vickers (sax, guitar); and Tom McGuinnes (bass). Pop artists in the 60s would regularly release new singles every three to four months. Most groups enjoyed only short popularity and many were one hit wonders but not MM. The resonance of Paul Jone’s vocals made MM's early works distinctive. Their slightly jazzier and smoother performances made them serious rivals to the Rolling Stones and the Animals. Hubble bubble toil and trouble replaced 5,4,3,2,1 for the still immensely popular Ready Steady Go. 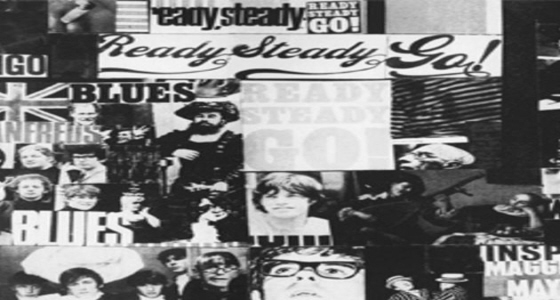 Their third # No. 1 hit in the UK came with Do wah diddy diddy (a cover version of the Exciters hit), another followed in quick succession with cover version of The Shirelles, Sha La La (1964). Whilst the singles were pure pop, their albums were jazz blues fusion with a distinctive sound driven by Manfred's organ and Paul Jones perfect voice. The group obviously were impressed by Bob Dylan and did many cover versions including “If you gonna go, go now” (1965) which brought them more chart success.

Despite this members of the band were becoming uneasy and wanted greater challenges. Mike Vicars left and he and George Martin conducted the 13 piece orchestra on the Beatles "All you need is love". Tom McGuinness switched from bass and Jack Bruce (Cream) was temporarily accepted as the new bass replacement. He was later replaced by Klause Voorman (friend of the Beatles and artist who drew the Revolver cover). One quirk in the group's history was their virtual absence from America, apart from a three-week tour late in 1964 and despite their charting four singles during 1964-66. Instead they opened several important doors by touring Eastern Bloc countries, including Czechoslovakia. Paul Jones last single with the band ‘Pretty Flamingo’ had number one written all over it but by the time it was top of the pops, Jones had left the band.

There were several singers auditioned as Jones’s replacement, on the short list was, Long John Baldry, Wayne Fontana, Zoot Money, and Rod 'the Mod" Stewart. Singer Mike D'Abo scored the gig and although he lacked the depth and power of his predecessor’s voice he was a quality singer ideally suited to pop. The new line-up meant Manfred Mann took on a new lease of life and much to the surprise of their critics, continued to produce quality pop songs. Yet another Bob Dylan's cover brought chart success and one of the best and most memorable MM hits. “Just like a women” (1966). 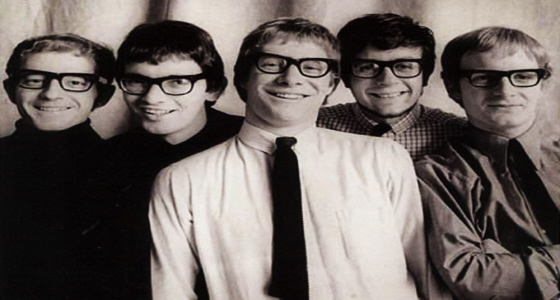 Semi detached suburban Mr James was originally written as .......Mr Jones but the lyrics were changed to prevent antagonizing Paul Jones. Mike d'Abo was an accomplished song writer and co-wrote Build me up buttercup, with Tony McCaulay. The song was a hit for the Foundations. He also penned "Handbags and Gladrags" sung by Rod Stewart and also covered by Chris Farlow. Talent must run in the family because Olivia D'Abo (the singer's daughter), is an actress and played the old sister in the successful comedy The Wonder Years.

The history of Manfred Mann mirrors the changes common to most groups who formed to play their favourite music. Manfred Mann was a standout R & B outfit and rose from the club scene to ironically become a hit factory of pop. Their inability to write their own material probably prevented them from developing further but, their influence grew as individuals regrouped into other bands, throughout the seventies and eighties. MM left in their wake some good music and true to their first love, some cool blues. Manfred Mann went on to write advertising jingles after the group's demise, but also continued to work in the group format. Initially he formed Manfred Mann Chapter Three, an experimental group who evolved into Manfred Mann's Earth Band.

In 1970 Tom McGuinness and Hughie Flint (previously John Mayall) Dennis Coulson and singer-songwriters Benny Gallagher and Graham Lyle joined forces to become McGuinness Flint. They achieved almost instant success and had a couple of hit singles and one album but the pressures soon got to them and Gallagher and Lyle left towards the end of 1971 to record as a duo.

Paul Jones and Tom McGuinness became mainstays of The Blues Band, which they helped form in 1978In the 1990s, most of the original 1960s line-up reformed as The Manfreds, minus Manfred Mann himself - hence the name - playing most of the old 1960s hits and a few jazz instrumentals, sometimes with both Paul Jones and Mike d'Abo fronting the line-up.