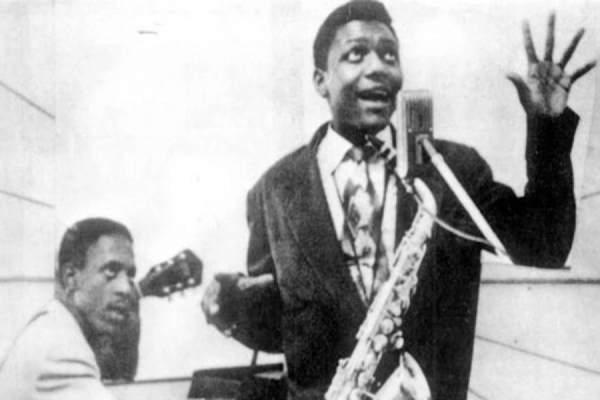 Rock’n’Roll, the genre, did not acquire its name until the mid 50s.

The term ‘Rock’ was a common, African -American colloquialism for ‘sex,’ and "Rocking and rolling" was secular black slang for dancing or sex. It first appears on record on Trixie Smith's "My Man Rocks Me with One Steady Roll" (1922).

By the late 30s the term became more common place in Rhythm and Blues (r&b) song lyrics. Songs like "Rock and Rolling" by Bob Robinson (1939); "Rock and Rolling Mamma" Buddy Jones (1939); and Joe Turner's "Cherry Red" (1939) all depended upon the double entendre. In the mid to late forties there was a flurry of songs about ‘rock,’ starting with Roy Brown blues song, ‘Good rockin’ tonight (1947), Wynonie Harris released a gospel beat version soon after, Jimmy Preston‘s “Rock The Joint" (1949), came out the same year as Roy Brown’s "Rockin' At Midnight," Erline Harris’s"Rock and Roll Blues," and Wild Bill Moore’s “Rock And Roll.”

The defining characteristic of ‘rock and roll’ music was the rhythm i.e. an 8-to-the-bar boogie rhythm set against a heavy "back beat." Usually the accent was from a snare drum, on the 4th and 8th beats of the boogie rhythm, or if written in 4/4 time, on the 2nd and 4th beats. The roots of rock’n’roll lie in gospel, blues, and country and began to emerge through the medium of rhythm and blues (R&B) music or ‘race’ music in the mid to late 40s. The musical style took form after the mass migration of African-Americans to the north of the country in search of work in the larger cities of Chicago, Detroit and New York. It involved a blend of popular African-American music at the White country music of the south. Rock’n’roll as a musical genre did not really start until Fats Domino’s The Fat Man (1950). Arguably this may represented the first ‘n’ roll song in the musical sense but there were certainly other contenders including Big Joe Turner’s "Roll 'Em Pete" (1939) and many of Sister Rosetta Tharpe early hits contained elements of mid-1950s rock and roll. 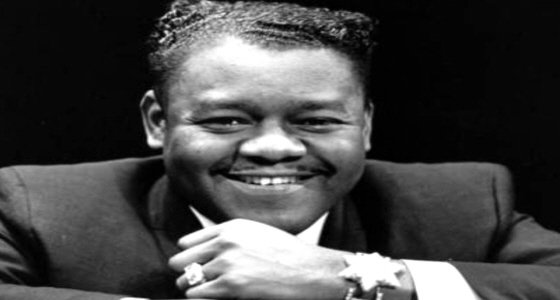 However most people now accept the first fully formed rock and roll recording was "Rocket 88" by Jackie Brenston and his Delta Cats (aka Ike Turner and his band The Kings of Rhythm) (1951). Jackie Brenston was born in 1930, in Clarksdale, Mississippi. As a teenager he learned to play a mean saxophone taught to him by Jesse Flowers. He joined the Isaiah (Ike) Turner band the Kings of Rhythm (Willie Kizart (guitar), Raymond Hill (tenor sax), Jackie Breston (tenor sax) and Willie Sims (drums)) in 1951 and they drove up to Memphis to Sam Phillips and recorded Rocket 88. The rocket reference relates to the then new Oldsmobile Rocket Hydra-Matic "88”. Sam Phillips was quick to sell the recordings to Chess Records in Chicago and they released the single in mid April. Jackie had based his song on another number in the band’s repertoire called "Cadillac Boogie.” This was originally recorded in 1947 by Jimmy Liggins and although the arrangements are more or less the same, the lyrics were different. The way Ike and the Kings of Rhythm performed the number however made history and created rock’n’roll. Kizart’s overcharged electric guitar, Ike’s thumping piano play forged perfectly with shrieking sax driven by trash-can drumming, and Brenston's singing, shouting, and yelping. "Rocket '88" topped the R&B charts and became one of the bestselling R&B records of 1951.

The follow up "My Real Gone Rocket," was released by Chess in the summer of that year but failed to sell well. Jackie left the Kings of Rhythm and his first solo released was the slower, "Independent Woman." The song was from the first recording session and although it did feature Ike and the Kings of Rhythm it was credited to Jackie Brenston and His Delta Cats. The single failed to impact as did all his singles with Chess. In that sense not only did he write and perform the first rock’n’roll hit he was also the first ‘one hit wonder’ of that genre. Brenston continued in the music business as a saxophonist in Lowell Fulson's band (1953 to 1955) before rejoining Ike Turner’s group as the baritone sax-player. Ike by this time was playing guitar as the up front leader of his band and his ego prevented Brenston, from ever performing "Rocket '88," in a live set again.

Les Paul and Mary Ford
How high the moon