From Sean Lennon to the Sunshine of Portugal, Manchester Band, Purple Heart Parade, Hit The Euro Trail For The Reverence Festival 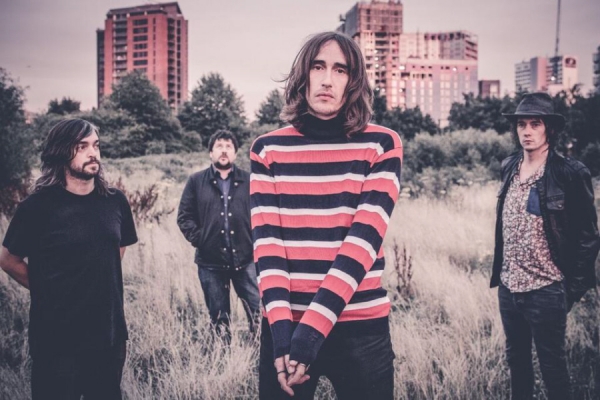 Manchester band, Purple Heart Parade (or PHP for short) are becoming no strangers to the festival curcuit.

Having played 2014's Manchester and Liverpool Psych Fests and this year's Secret Garden Party Psych Stage (run by Primal Scream bassist, Simone Marie), the band head for this year's Reverence festival, in Valada, Portugal. The Horrors, Joel Gion and Spectres also grace this impressive line-up; ZANI spoke to PHP's frontman, Pete Cowap, " Festivals are a great experience as it's a good way to pick up new followers. The feeling you get from seeing total strangers digging your sound is unreal. The sound at festivals can be a bit of a gamble as you never get a proper soundcheck."

The band have experienced twists and turns on their musical journey, one of them being, supporting Sean Lennon in Manchester; Pete tells ZANI, " Supporting Sean Lennon was dreamlike! First of all he hand picked us after hearing The Room (a PHP song) which blew our minds. It was an experience I'll never forget, especially seeing him on the stage whilst we played shouting " Great tune! "
However, that's not the only connection Pete has with Sean; his dad, John Lennon, was a fan of Pete's Uncle, " It's documented in books that my late Uncle Peter ( whom I'm named after ) was John Lennon's favourite guitarist at one time. John used to travel to see him play in his band The Country Gents, they even opened for The Beatles. My uncle is the only musician in Manchester to have a blue plaque in his memory. He played in lots of groups like Hermans Hermits, early 10cc and a band which consisted of John Paul Jones (Led Zeppelin)

The Shoegazing, Madchester, Britpop and Psych scenes are amongst PHP's influences (like most bands) although Pete has a more wider range in his influences, " I was brought up on Motown/Northern Soul music which was a big influence on me. I listen to all sorts, I love Talk Talk, Neil Young, Stooges, Hollies, Gorkys, Sabbath, Can, Ride etc..." Speaking of Ride, Mark Gardener and The Verve's Nick McCabe are also admirers of the band; Pete tells zani, " Fortunate for us, some very cool and influential people have digged what we do. Mark Gardener saw a review of us in the NME and got in touch after hearing us. There is talk of us going to his studio to record in the future, he also co designed our t shirts.
A guy we knew from the NME interviewed Nick McCabe ahead of Black Submarines gig in Manchester a while back. Anyhow he asked Nick if he'd heard of PHP? Due to our Verve comparisons, to which he had! And digged. He then asked to be introduced to me later on. I was gobsmacked as he's my all time favourite musician. He's such a cool and caring man, I have a lot of time for him. Hopefully one day I'll get the chance to do a track with him?"

And finally, how would PHP describe themselves for the ZANI reader?, Pete offers, "PHP have always been a bit different. We just do our own thing. We are a feel band, what you hear are our open souls. You hear four working class lads exposing their hearts, a roller coaster ride through the heavens, soul raking ethereal bliss. I want people to either Love us or Hate us! To those who get what we are about though, I'd like our music to be a soundtrack to their lives. I want us to be there for them through all the good and shit times that life throws at you. I want babies being made to our music also!"

This band are definitely Heading for the Sunrise!