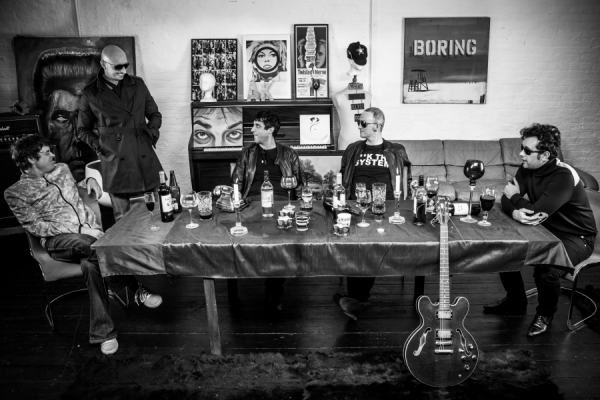 ‘Alchemy is the chemistry of the subtlest kind which allows one to observe extraordinary chemical operations at a more rapid pace, ones that require a long time for nature to produce!’


Therefore, when Alan McGee locked onto Manchester hopefuls, Alias Kid, and applied the sum of the dark art of alchemy to the bands development, Revolt to Revolt was what emerged from the furnace. It’s not at all surprising that their freshman offering is a visceral, pop-contagion, infectious in its entirety, with highly burnished gems glistening like stones on the Whore of Babylon’s tiara. The signature however is a quixotic Manchester attitude that permeates through-out, and which provides a sonic sneer that Billy Idol would be proud of.

Put through their pre-pro paces at Glasgow’s Gorbal’s Sound by Teenage Fanclub tub-thumper and engineer/producer Paul Quinn, this album is seminal despite disparaging voices to the contary. Yes there is a distinct Britpop sensibility, yes it is more Primals than Oasis, yes it is more Manky than Moss Side. Yes it is infused and distilled with rhythm and blues guitars, phrasing that put one in mind of the Doors and occupying a vocal stronghold that has emerged from the epicentre between Salford and Merseyside; Ground Zero for the Pop Mecca. What can a poor boy do but play in a rock and roll band? 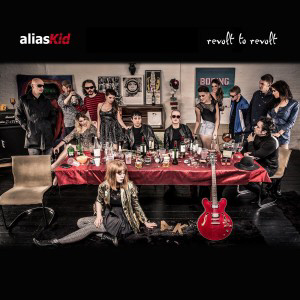 The first composition on the album, Dirty Soul, sets the tone so wonderfully and foundationally, and is cleverly, psychologically placed that it invites the listener to enter: Come on, come on, come-on, come-on, come-on… Its slightly menacing into the bargain,, and it’s easy to visualize the protagonist cautiously glance over his shoulder before embarking where this wants to take him, on a journey with the Sacred Feminine, a woman with a dirty soul, through the rock and roll red light where your moneys no good! Who could ever resist the lure of the promise of a manky bird, except perhaps Quentin Crisp. From this starting point, the listener is launched immediately into the world of the Abadi Brothers, Jack, Ivor & Phil, Twisted Wheel, Northern Soul and Wigan Pier. Someone get me a taxi, I’ve got a Lumber!

Crowd pleaser, Revolution Sometimes has so much Che Gevara, the Cuban Missile Crisis and the sixties about it that we’re ‘smoking medication with plasticine Stacey, and well, David Cameron watch your arse because we’re coming to getcha. Alias Kid capture the Spirit of this time in Britain, with a pervading sense that we have all been reamed without any Vaseline in the recent election, I predict a riot!

The first official Single from the album, Zara Henna is an unashamed, totally welcomed Ode to Hippy Chicks, Christmases in Goa and sticks of NAG CHAMPA incense burning in houses in Altrincham, where she makes the spicy Chai with a silken sarong around her turgid buttocks. Rock The Casbah!

Shot Through is anthemic, Messiah, messianic, She Don’t, deprivational, Never Negotiate, uncompromising, but my favourite has to be the last song on the album, Wheels, inciting someone with ‘I aint gonna cry when it’s your turn to die, so fuck off home!’ and you know what? There’s validity in that as well. Sometimes the most spiritual thing you can say to some people is fuck off home. Keep It Real !!!