Cross Section, The Band from Quadrophenia 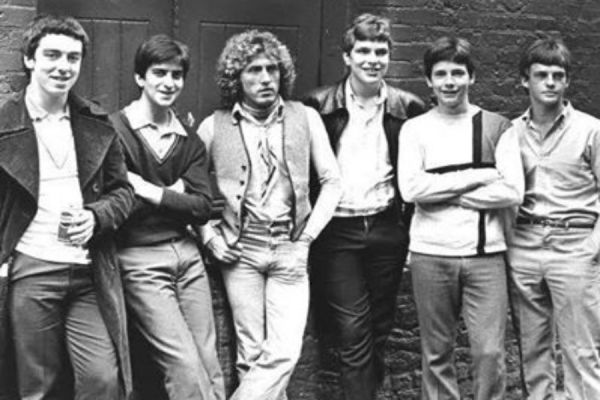 When 5 teenagers in 1978 saw an advert in the NME that read“Do you want Sex, Drugs and Rock and Roll?” you can imagine what they said!The advert was referring to the movie Quadrophenia, based on The Who’s 1973 studio album of the same name.


The movie was now being made, a young band was required to portray a band mid 1960’s playing in a club in London, this was to be a scene in the movie. A demo was sent as an answer to the advert plus a publicity shot. The band sat back and got on with their lives, namely school and playing in local clubs and pubs in Kent and South East England.

To their amazement, in the summer of1978, the band auditioned along with many other hopeful groups that had been chosen out of hundreds of applicants. The list was narrowed down to 70 or so bands.

After playing live in front of a couple of members of The Who at the Electric Ballroom, Cross Section got to be the band of their choice. Roger Daltrey approached them after the audition in Camden High Street and, much to their disbelief, told them he liked what he heard, and popped the question -‘Would you cut yourhair?” “Yeah I’d dye it green” said the drummer - naturally!

Weeks passed as they slogged away in the working mens clubs of Kent, trying not to upset the Bingo caller or set off the volume limiter or pacemakers attached to the various committee members, after all the band had amplifiers for heavens sake!

Then out of the blue they were contacted, yep they got the part in the movie!This resulted in visits to London to The Who’s Ramport Studios, to record the songs ‘High Heel Sneakers’ and ‘Dimples’, and of course to the film set to become the new infamous Mod Bandthat are to this day, still on the original sound track album and can be seen briefly in the movie. Cross Section retired soon after Josh and Dene left in the late seventies and the boys lost contact.Vince and Lawrence along with Phil continued for a while but it seemed the dream of ‘Sex Drugs Rock and Roll’ was probably nothing more than a dream.

35 Years later it seems that something woke the band from their slumbers. Through social networks, the band members all found each other and started conversing, a bit like the opening scene from the 1979 movie Alien when the crew awake after a long journey and emerge from their capsules, though the bands capsules were in fact real life.

Dene has been a professional drummer living in Norway for 25 years. Phil plays guitar and sings in Tenerife, he is a well known local musical genius, he’s been living there for 20 years. Vince continued in the industry singing and playing guitar, then decided on a career change, he is now a sea captain and boss of an ocean going research vessel based in the UK. Lawrence is a successful horticultural/Agricultural contractor. Josh has been playing professionally playing and composing since he was 19, as some of you may know. In 2014 after various e-mails, the band decided to do something about the passage of time, it seemed that the world new about the band, many articles had been written about the band that never was, plus You Tubehits and fans, yes fans!

In Feb 2015, Cross Section decided to get together again, well what was the rush?After deciding that they were actually the teenagers from all those years ago and then discussing variousailments, they struck up. It was like time stood still, the chemistry was still there. After a 1 hour run through, the band had re recorded and finished the two songs from the movie, sounding better than ever, but still sounding like Cross Section. Now very much awake, the band are planning to play to the Mod fans thatnever had the chance to see them the first time round with a tour in the autumn this year, and the chance ofan album too.

They are delighted to be reunited today for you all to hear the first performance of the band since 1979. Sadly Dene can’t be with them today, but how fitting that the original drummer from the iconic 60’s super band the Small Faces is stepping in - they thank you Kenney! 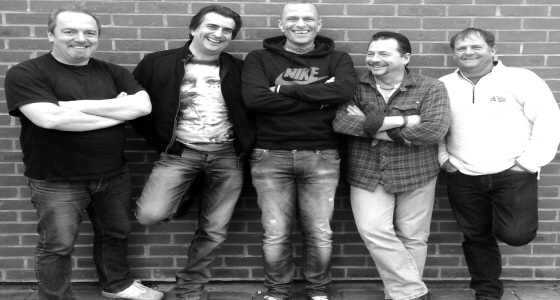