Return to Hostile Street – Dave Waller, The Jam, and the Poetics of the New Wave Part Two of Two 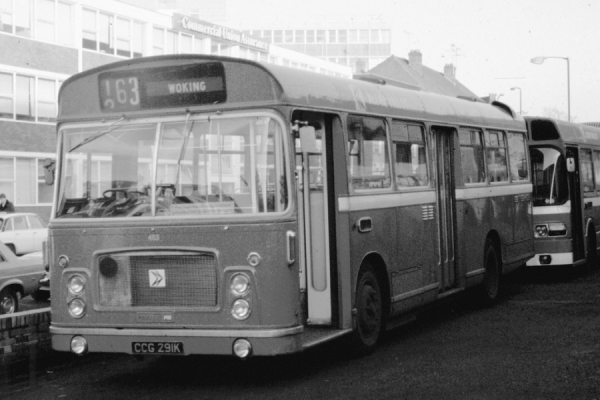 
The Setting of the Modern Word (Continued)
The narrative of The Jam’s long-player of November 1979, Setting Sons, as recounted by Mike Nicholls in About the Young Idea – The Story of The Jam, 1972 – 1982 (1984), involves three childhood friends who contemplate their futures. Following widespread social unrest which divides the country, in adulthood one is transformed into a hardened right-winger, whilst another becomes a bitter leftist revolutionary. Meanwhile, the third finds himself occupying the role of an apolitical cultural commentator, disillusioned with what he sees around him. Most significantly of all though, when the trio are reunited many years later, the extremists – on both the left and the right – disown the individual who has resigned himself to sitting on the depoliticized fence. In reality this story of boyhood brotherhood, and their eventual divergent journeys in life before, finally, meeting once again, is the focus of just three of Setting Sons’ tracks. So, more of a ‘concept-cluster’, there is, first of all, the triumphant ‘Thick As Thieves’, which describes – in an epic manner – the seemingly inseparable friendship of youth. Secondly, there is the nostalgic ‘Wastelend’ (again, perhaps more akin to poetry than the straight-forward structure of pop music), which not only taps into the essence of the breakdown of social relationships, but transposes a former arena of childhood play into a metaphor for societal decline. Finally, with the third track of this ‘concept-cluster’, the claustrophobic ‘Burning Sky’ adopts the format of formal, written correspondence – a letter. Indeed, ‘Burning Sky’, perhaps quite aptly, is the chosen means of communication between the right-winger and his now estranged friends from his childhood. Full of emotionless excuses (“…work comes first…”, etc.), it is not only an insincere apology for lack of contact over the years, but it coldly exemplifies that – as people grow both older and apart – bonds are severed (whilst, of course, others are formed), and old values (once sacrosanct), are, as a result, discarded. 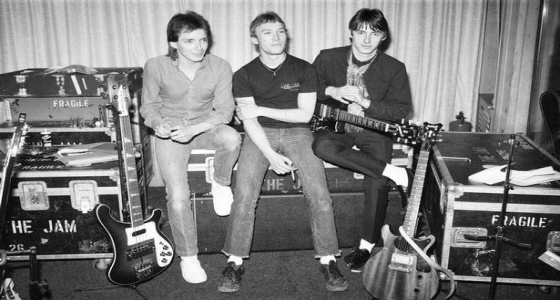 The product of Paul Weller’s creative mindset of late 1979, Setting Son’s ‘concept-cluster’ tale, according to Mike Nicholls, “is really a fictionalized interpretation of a real-life trio of old friends” (p.64): Himself, Dave Waller and Steve Brookes perhaps? As, without a doubt, Weller was now playing the real-life role of the non-committal social/cultural commentator. And Waller, by now, was the un-conformist Marxist, hell bent on spouting anti-Capitalist vitriol (more on this in a moment). But the unnamed, right-wing ‘captain of industry’? As Weller confided to Mike Nicholls: “I went out for a meal a little while ago with the one into commerce. He’s making a lot of money and says this is his way of getting out of the rat race. This is really alien to me but he is a totally different character. I can see that point of view to a certain extent. I can’t agree with it but I can respect it” (p.64). Indeed, Weller – once again, as the commentator who has chosen to observe all atop of the abstainer’s fence – cannot criticize too harshly here, for he had by then (the late 1970s, as The Jam were rapidly becoming Britain’s biggest band), grown up, made new friends, and left his childhood Woking wasteland far, far behind. 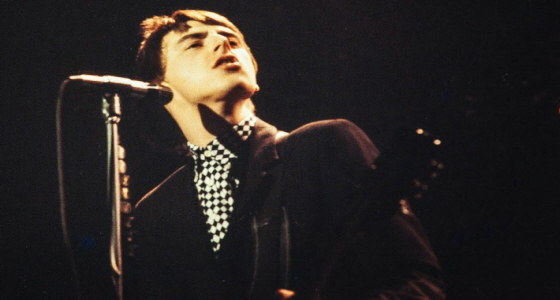 Yet, despite Paul Weller having outgrown the trio of his childhood, he remained – quite resolutely – committed to nurturing the oft-stifled creativity of those much like his teenage self. Establishing a publishing company, Riot Stories, Weller set about aiding and abetting youthful budding poets, authors, and the like. Indeed, at the time, Weller – as enthused in Paul Honeyford’s The Jam – The Modern World by Numbers (1980) – approached all with much optimism, as Riot Stories, perhaps more than anything, “allowed him the opportunity to encourage young artists in a field outside rock and roll” (p.88). Furthermore, Riot Stories’ initial tentative venture amid the publishing world was a thin gathering together of the works of Dave Waller. ‘Compiled and Edited’ by Paul Weller, with ‘Typing by Gill’, and ‘Design by Bill Smith’, Notes From Hostile Street was an in-house Jam publication of (as with Setting Sons) late 1979, comprising thirty-six poems, across the same number of pages. Both Marxist and anti-authoritarian to the extreme, Notes From Hostile Street reads as part ideological rhetoric, and part pulp fiction horror. With titles such as ‘The bourgeois order’, ‘Slumlands’, ‘The prostitutes [sic] house’, ‘Old people’s home’, ‘The right to remain silent’, ‘The means of production’, the whole collection is saturated with visceral politicised vitriol:

i bought you a
pet puppy dog
but you wanted a kitten
so i dropped it eighteen stories.

it splattered against
the pavement
and you were sick
(‘Trulove’, p.8).

The cold cuts and burns like insane razor blades,
Stinging hands and feet,
(‘Untitled no.3.’, p.19).

jenny demolishes her face
and hides in the video
cassetting her dreams
i can get no sense from her
she’s talking like a vending machine.
(‘Jenny’, p.28). 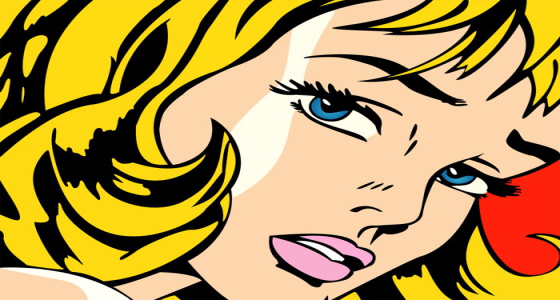 Whilst Mike Nicholls insists that, at times, Notes From Hostile Street reads like the naïve contemplations of a paranoid 21-year-old, it also – that is, especially when read from a 2015 perspective – very much reveals the way in which Waller’s prose weighed heavily over Weller’s writing when he fronted The Jam, as not only do Waller’s ‘Letters from the sky Part 1’ and ‘Part 2’ (pp.33 – 34) share the same communicative format as Weller’s ‘Burning Sky’ for instance, but “the atmospheric ‘Subway’ [p.6] reads like the missing link between ‘Down In The Tube Station At Midnight’ and ‘That’s Entertainment’” (p.88). Even Waller’s more romantic interludes (admittedly, far and few between) share similarities with those of Weller’s; however, Waller’s “greater acidity is perhaps indicative of why he could never accept the constraints of being in a band in the music business in the first place” (p.88), as the coupling of “i loved you / and you loved our / joint bank account.”, from ‘Trulove’ (p.8), “isn’t quite the declaration of someone at peace with himself in the modern world” (p.88).

Paul Weller’s preoccupation with such literary endeavors did not, though, start and end with Dave Waller’s Notes From Hostile Street, as across 1980 and 1981, not only did he release ‘Pop Art Poem’ (as a single-sided 7” Flexipop release), but another poetry/literature anthology, Mixed Up Shook Up, a Pop Art magazine, In The Car, and the fanzine December Child, all not only showcasing Weller’s own writerly efforts, but the burgeoning talents of young New Wave poets, writers, and so on (that is, some genuinely creative, others less so). Furthermore, to John Reed – in Paul Weller – My Ever Changing Moods (1996) – such philanthropic acts “weren’t the embarrassing indulgences that might have been expected of a rock star with artistic pretensions – far from it, in fact. Worse poems appear on a regular basis in such hallowed publications as the Times Literary Supplement” (p.104). In retrospect, it is Dave Waller’s Notes From Hostile Street – as its publication coincided, more or less, with the release of the most literary of The Jam’s albums, Setting Sons – that is the true legacy of Riot Stories’ and Paul Weller’s joint foray into the publishing of British New Wave poetry as Margaret Thatcher’s 1980s dawned.

The Death of the Modern Word
Paolo Hewitt, in the The Jam – A Beat Concerto (1983), makes explicit why there was no follow-up to Notes From Hostile Street: “Tragically, Dave Waller was never to write a second book. In 1982 he died from a drug overdose in Woking’s Wheatsheaf Hotel, ironically one of the pubs he and Paul used to visit as teenagers” (p.90). As Paul Weller was well aware of Dave Waller’s downward spiral into alcoholism and hard drugs, he confided in Hewitt that Waller’s passing “didn’t really shock me at all”, as Weller was convinced, quite early on in their friendship, that a premature death was to be Waller’s fate: “It was bound to happen at some point anyway. We used to try and dissuade him from using drugs, but I think he had a bit of self-destruct in him. For some people, living is really painful, and I think Dave was a bit like that” (p.90). In fact, all the clues appertaining to Dave Waller’s tragically short life were, perhaps, already there, amid the lines of Notes From Hostile Street, The Jam’s very first sheet-music songbook of July 1978, and so. For, as Dave Nicholls lays bare, one of Dave Waller’s poems, ‘City’, “refers rather pointedly to heroin”, concurring with Paul Weller that it “cannot have been too much of a shock to those in the Jam camp … that the inquest recorded that death was due to an overdose of heroin” (p.88).

In 2007’s Suburban 100, essentially a hard-cover book in which Paul Weller’s lyrical back-catalogue is laid out like (and, as a result, to be read as) a poetry anthology, across pages 50 – 51 the Surrey-born song-writer and musician remembers Dave Waller with his composition ‘A Man Of Great Promise’. Initially premiered live in the autumn of 1984 (just a year or two after the poet’s death) Weller acknowledges that “this is a song which mourns his passing” (p.51). However, as an achingly beautiful timeless song, it achieves far more than that. For its lines not only make explicit Dave Waller’s doomed addiction to heroin and Woking’s squalid social infrastructure associated with it, but ‘A Man Of Great Promise’ also places emphasis upon the now long-dead poet’s unwillingness to, ultimately, conform:

Most tellingly of all, however, is the fact that when Paul Weller – with some bashful hesitancy – first published his own poems, at the back of the All Mod Cons songbook in 1978, they included his ‘Letter To Dave Waller’. Made public at a time when their once-unconditional childhood friendship was continuing to unravel as their journey into adulthood progressed without let-up, it serves as a poignant literary memorial to Paul Weller’s childhood friend and tragic Thatcherite-era poet. As quoted in John Reed’s The Complete Guide to the Music of Paul Weller & The Jam (1999), it reads: “Dave, your words fill me with new hope for the modern world, whilst your words on decay and destruction have the foresight of a person a 1,000 years old” (p.119). In the end, though, following any return to, and re-reading of, Notes From Hostile Street, an awareness develops – as Pat Gilbert insists (with regards the poet’s undeniable influence over the musician that is Paul Weller) – that Dave Waller, the New Wave poet, “was tangible proof that you could be both working class and a man of letters” (2014, p.37).