A Brief History of Radio Jingles 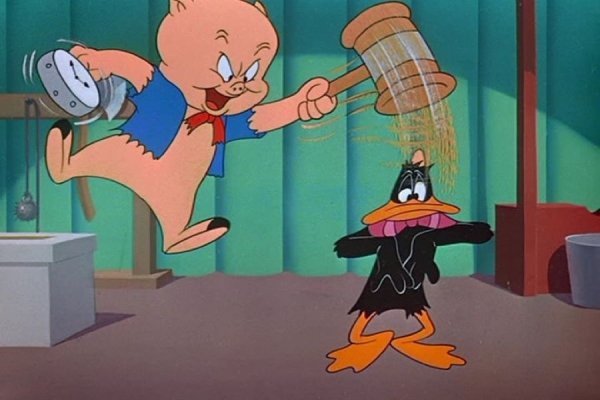 In the US, the National Broadcasting Company banned direct advertising, so radio jingles were used to overcome the embargo. These took the form of sound branding as bite-sized tunes used to advertise products and other commercial uses.

These usually contained one or more hooks and lyrics that explicitly promoted the product being advertised. Product advertisements with a musical tilt can be traced back to the street cries of the seventeenth century and probably before. Before the Great Fire of London (1666), it was commonplace to advertise commodities through the medium of street criers. A quartet typically sang the features of food, clothing, and personal services.

The lyrics were crude, but often, the tunes were composed by up-and-coming composers. The celebrated English composer Orlando Gibbons (1583 – 1625) was a prolific jingle writer before he became better known for his madrigals and music for the Anglican Church. Gibbons never forgot his humble beginnings and composed a poignant fantasia for voices and viols based on the traditional cries of London street peddlers. After the great fire (1666), less reliance was put on advertising through the medium of street criers, although it lasted for another 200 years. A few commodities were still successfully sold by the nineteenth century, including corn plasters and cough mixture.

Commercial radio started in the US in the early 20s principally to sell radios. The Westinghouse radio station KDKA broadcast the presidential election results and played live banjo music and phonographic recordings between ballot reports to keep the interest of their listeners. The popularity of commercial radio continued to be met with a one-hour nightly broadcast. As more people began listening to commercial radio, 600 radio stations sprung up throughout the United States. The stations relied entirely upon advertising revenue to fund themselves. The first-ever broadcast commercial advert was for a local real estate developer in 1922 in New York. It aired in 1922, and within a year, radio jingles became a fixed feature. 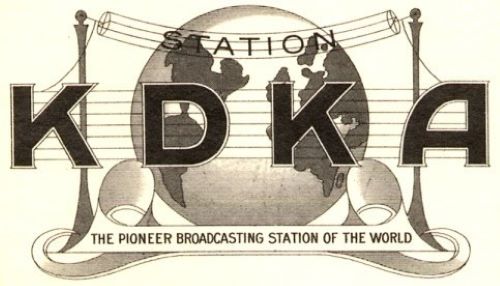 In 1926, the Radio Corporation of America (RCA) formed the first national radio network called the National Broadcasting Company (NBC). In the same year, General Mills began promoting a breakfast cereal called Wheaties. The jingle, “Have You Tried Wheaties?" and was sung by four male singers. It first aired on Christmas Eve in the Minneapolis-St. Paul radio market. As a result, the product sold well, and the group became known as "The Wheaties Quartet." Encouraged by the results, the company purchased nationwide commercial time advertising "Wheaties" which instantly became a proprietary household brand.

After the transistor was invented in the 1940s, transistor radios became a new phenomenon in the early 50s. More Americans now heard the same songs and news faster, and radio jingles were the perfect platform for selling products from soap to tobacco and candy to beer. The right jingle got a brand’s name embedded in the heads of potential customers. Jingles became a vital part of commercial radio and were soon used to identify radio station branding or identification (i.e., imaging). Radio jingles were typically broadcast in between songs or into and out of commercial breaks. In the UK, the introduction of Pirate Radio Stations, which played non-stop pop in the 60s, saw heavy use of American style radio jingles 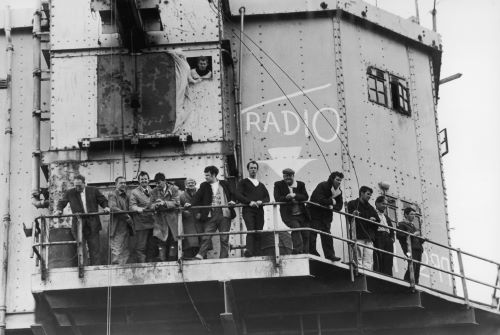 A change of UK government policy in 1970 broke the monopoly of the BBC and introduced commercial broadcasting. The introduction of the new commercial stations now by law required to provide a public service radio and not just non-stop pop funded by advertising saw a significant rise in the uptake of radio jingles. These popular sound bites were reworked and rerecorded. A very lucrative boutique jingle-making industry and companies like PAMS Productions of Dallas, Texas, made thousands of station ID jingles in the 1960s and 1970s. Like the experience of the town crier before them, some notable singers and musicians were often involved. New stations used these better quality jingles as imaging to promote their station.

When the BBC opened Radio One for the younger demographic, Aunty employed many popular pirate disc jockeys. Along with them came their now familiar-sounding radio jingles.

When the Who released 'The Who Sell Out' album in 1967, it featured a collection of unrelated songs interspersed with faux commercials and public service announcements. It was a concept album purporting to be broadcast by pirate radio station Radio London. The company that owned the rights to the jingles brought a lawsuit against The Who for using them, and a settlement was finally reached. 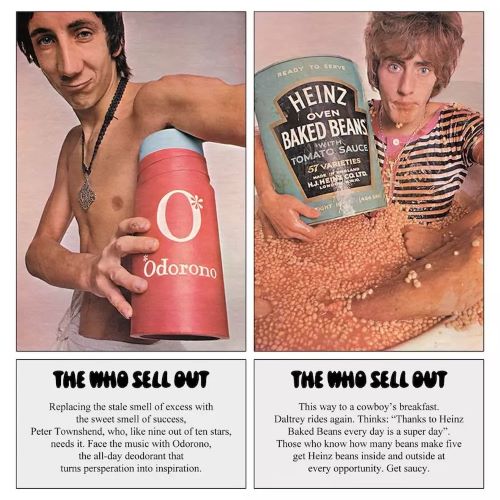 More recently, the BBC announced they would drop sung jingles on their Radio One breakfast program. A scandal had previously broken when it was discovered that DJ Chris Moyles was being paid royalties every time he played his jingles on his show. As a result, when the BBC now uses jingles featuring an employee's voice, they own it on an "all rights basis," with the creator just holding the composer’s rights.