The Most Popular Card Games Ever 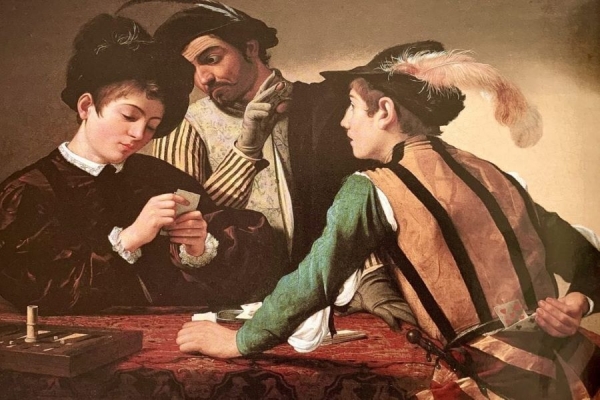 Whether you like to visit physical casinos or enjoy online gaming, we all have our favorite card game. But you may be wondering what are the most popular card games…

Poker, Blackjack, Slots, and Rumey are the most popular card games in and outside casinos. Do any of those games surprise you by being in the top four ? Today, we are going to talk you through how these games are played and how they have become so popular.

Here are the most popular card games ever:

Poker is by far the most popular card game - even if you don't know how to play the game you will have heard about it.

Poker is heavily featured in most James bond movies and in other gambling-inspired films (like the Oceans series). They even play Poker in How to Lose a Guy in 10 Days.

The game was popularized in European casinos in the 17th century and was brought over to America by English and French soldiers. Poker grew in popularity across the US thanks to the pioneers in the Wild West.

Outside of the casinos, Poker was a violent game. There is a hand known as Dead Man's Hand - a pair of black Aces and a pair of black 8s. These were the cards Wild Bill Hickok was holding when he was shot dead.

These days, Poker is played all over the world and there is even a professional Poker league.

Blackjack was either invented in France in the 17th century or in Ancient Rome. If it was invented in Rome then they would have used painted wooden slabs as playing cards were yet to be invented.

The aim of the game is to score as close to 21 as possible, without going over that number. The game used to be called 21 until American casinos renamed it to try and make the game more appealing.

It was renamed Blackjack because the player can win a bonus jackpot if they play either of the black Jacks with the Ace of Spades.

Card counting was invented to help players win at Blackjack. It is highly effective. So much so, that the MIT Blackjack team won millions of dollars from casinos using this method. Card counting is not illegal but casinos will ban you for life if they catch you doing it.

You may be wondering why we have included slots in a list of the best card games. Well, it is in tribute to the early slot machines that used playing cards. Without the game of Poker, we wouldn't have slot machines.

The first slot machines involved a set of cards that we glued onto rolling drums. There were 5 drums and a pair of 5s had been removed from the deck to make getting a royal flush a lot harder for the player. 5s are some of the most important cards in both Poker and Blackjack.

Slot machines have gone through a lot of change since their invention. But some of the original symbols, inspired by the pack of cards, still remain - most notably the red hearts.

The average physical casino reserves 70% of its floor space for slots because the machines make them +75% of their profits.

Historians are not sure where the game originated from. Although, some people believe that it is an off-shoot of Poker. While others believe it to have come from the Chinese game of Mahjong.

Just like Poker, there are many different forms of Rummy that are played all over the world. There is no one official version of the game.

At least 3 people are needed to play the game and everyone plays against each other, including the dealer. It is used in nursing homes to help elderly people improve their critical thinking and hand-eye coordination.

Rummy is believed to be the parent game of Bridge and Pinochle.

Rummy is believed to be so popular because it is easy to learn but hard to perfect. The only way to get better at the game is to play against better players.