In Celebration of Michael Curtiz 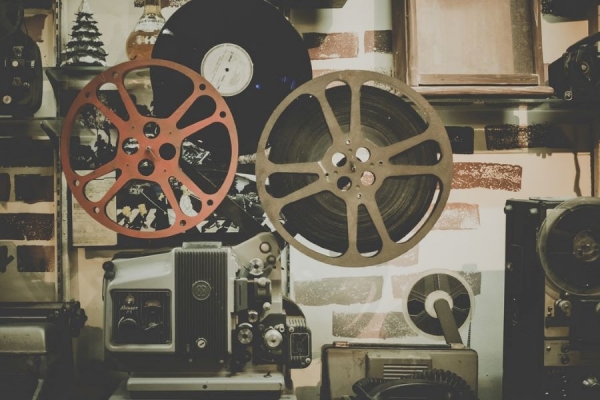 Curtiz is one of Hollywood's most prolific directors, but these films are amongst his finest.

There are many directors of Curtiz's generation who are still widely celebrated today, yet this is sadly not the case of Curtiz himself. Many of his films have influenced generations of filmmakers, yet he was prolific to a fault. He made hundreds of movies during his career and, as you'd expect, some leave a little to be desired. However, it can be argued that films such as Casablanca and Angels with Dirty Faces genuinely changed the course of cinema. Nearly 60 years after his passing, we take a look at the life and work of Michael Curtiz.

Where It All Began

Born in Hungary in 1886, Kertész Kaminer Manó was his birth name. He lived quite a life before being spotted by Jack Warner for his film Moon of Israel. This lucky break came in 1924 and Curtiz would stay at the Warner Brothers studio for almost 20 years. Some of his greatest works took place here, but so too did some pretty questionable ones. With that said, you'd defy anyone to churn out around five films per year without making a few mistakes! So, without further mention of his flops, here are three of Curtiz's best works.

Curtiz was as at home directing a gangster movie as he was directing a musical. He was a true all-rounder.

The format of the film is familiar nowadays: two protagonists who grew up on the rough side of town, each choosing a different path in life. This film format was popular at the time as it helped to spoon-feed the public the idea that crime is bad. The one who took the right turns and made the right choices would succeed, whilst the one who turned to the gangster life would fail dramatically. With many films of the time, it can feel oversimplified and hollow, but Curtiz created a truly tragic ending to the film, enough to summon a tear from even the hardest of hearts. The pair in this film have roots that run deep, one of film's truly great duos. Whilst their intertwining tales are steeped in moral and fable, they still manage to feel as real as the closest friendships you've ever known.

Casablanca was the film that saw Curtiz take home his final Academy Award for Best Director. Amongst those who are fans of anything to do with the casino lifestyle, this film is the crème de la crème. The scene where the protagonist Rick Raine tells a couple to put all of their chips on 22 is adored by many, although according to the strategy of roulette and some basic procedures, is unlikely to work once, let alone twice! Any fans of roulette will know that picking a single number is the strategy with the lowest success rate, but the magic of Hollywood certainly did its job in this film. Of the films in this list, Casablanca is, without doubt, the easiest to watch. The plot rattles along, and there's romance and peril in just the right quantities. Perhaps it won't change your whole outlook on life, but it certainly gives you ample space to reflect on the morality of loving more than one person at once, and about helping those in need, despite your relation to them.

Although Sons of Liberty is a short film, it packs a punch. In 1940 it took home the Academy Award for Best Short and cemented Curtiz's position as not just a great feature-length director, but an artist of the short format too. Curtiz takes an unusual approach to a story that is often told. He follows Haym Solomon, a trader, who is of Polish descent but fiercely patriotic to America. Solomon was a member of the Sons of Liberty organization, and eventually became the number one financial backer for George Washington's army. Instead of choosing to look at the Sons of Liberty organization as a whole, Curtiz zeroed in on Solomon. He followed his life from joining the SOL in 1776, through various trials and tribulations, leading to his death, impoverished, at just 44 years old. It's a tragic tale, but a fascinating insight into the depths a man will go to in order to fight for his country.