From Wabash to Hickory, and a bit of Acid Jazz style. 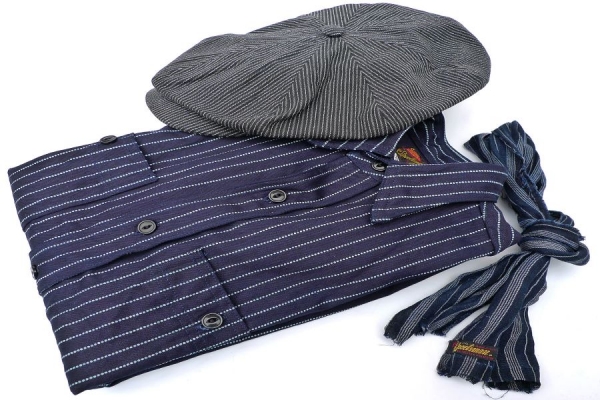 There are many types of fabrics associated with work wear, especially originating in the 1800's when it was first mass produced. Every one knows about denim, it's been time tested and worn throughout the ages - but what about the other types?

Let’s start off with one, that was, once upon a time really well known, but eventually faded away into obscurity. That fabric was a Native American fabric called Wabash, from West Virginia. To a modern eye, a Wabash fabric might seem overly formal – almost like a pinstripe or chalk stripe you would see on a smart suit. – but in reality, this fabric was, alongside denim, worn almost exclusively as workwear. Forty years before the first pair of Levi’s Jeans were made, J.L. Stiefl & Sons of West Virginia were making their “Indigo Wabash Stripe.”

Before Stiefl began making this fabric, the tribes of the Wabash Confederacy had made a name for themselves, making intricate, decorative patterns and selling these to white workmen, and establishing the connection between the beautiful, hard-wearing garments and the Wabash tribe. 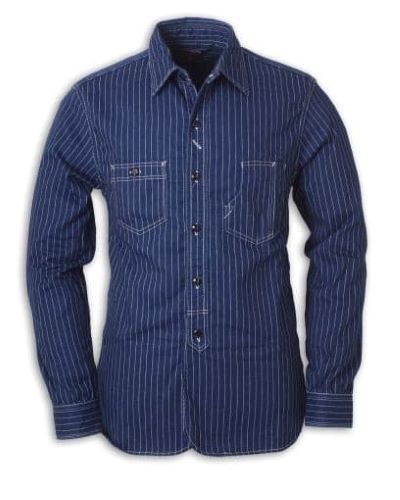 Wabash fabrics were once made by block-printing the pattern with a “resist” and then dyeing the entire piece of fabric, but modern manufacturers use discharge printing, to bleach out the signature patterns in an already woven fabric.

J.L. Stiefl & Sons called their product "Indigo Wabash Stripe" and it was often characterized by an impressive assortment of dots, triangles and diamonds. A few examples of these can be found in "King of Vintage vol 3" by photographer Rin Tanaka, although this book is fairly rare and commands high prices these days.

Another, similar and more familiar is that of another workwear striped fabric, and that is that of Hickory.

Hickory stripes, like Wabash, were made for hard work. Most famously these were circulated by the popular denim brand Lee, this heavyweight seersucker fabric had many of the same virtues as denim. The fabric was tough, but breathable, and the pattern obscured stains. It was no small wonder that this tough-wearing material (as tough as hickory) was mobilized as the de facto uniform of America’s railway workers. 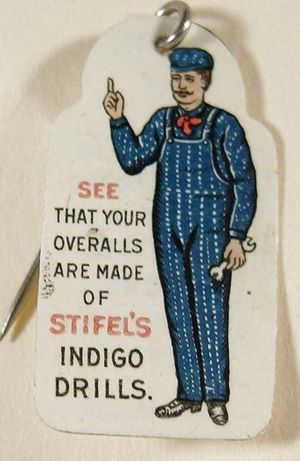 There is an image of an American railroad worker imprinted on my mind from some old western film, that I can not remember the title of, the character would often wear a hickory engineer cap as well as hickory bib overalls, or what we would call dungarees at the same time. Legend has it that, in reality, these caps were originally made for engineers by their wives from cheap pillow ticking, but at some point, they were made from the stronger, but similarly striped hickory material.

Britain went through a period of embracing the American dream, thanks to post world war economy’s and advancements in technology, with movies and television. Because other nations, and cultures became accessible, so, audience of movies saw the garments that Cowboys, railroad workers and Native Indians wore, as I have already stated. Hickory stripes were seen on screen, and in comics etc, and naturally garments were beginning to be imported more. We all know how denim has evolved into the staple of many a person’s wardrobe. The Hickory stripe, and Wabash garments were seen in Britain less frequently. As we know, stripes or patterns can often go in and out of vogue with the consuming public. But, there are always times when styles may seem to be become popular, or at least stand out. 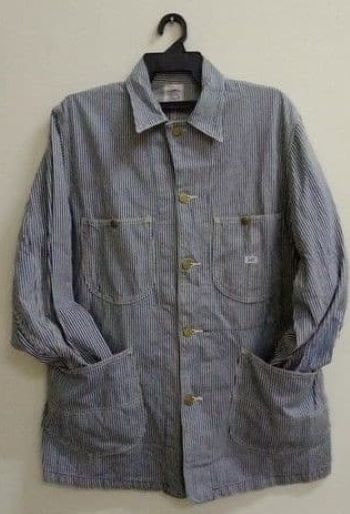 I have fond memories of a Hickory stripe shirt that I bought from The Duffer Of St George back in the mid to late 80s. Although I was brought up in Manchester, thanks to reading Face magazine, and I. D. I became interested in Acid Jazz, and a more Funkier Soulful sound from London, rather than just listening to what a lot of my peers up north were listening to. It was thanks to articles in such magazines I became aware of DJ, Barrie K Sharpe. The shirt I mention , was just one of several items I had over the years from The Duffer Of St George label, (I especially liked their Yardie Cardies, and other types of knitwear they did, and their jackets during the early nineties. The brand had been at the forefront of that Acid Jazz era, sadly the brand got incorporated into the high street chain of Debenhams in 2007/8, where it consequently lost its funky club style edge, and morphed into more mainstream attire. ) The said Hickory stripe shirt was most likely a design approved, or designed by Barrie Sharpe himself, who, along with Eddie Prendergast, Marco Cairns, and Clifford Bowen were the brains behind the London club scene inspired clothing label. Sharpe, is a truly British innovator, a DJ, writer, and a man who gets what is going on, and is always moving forward on a path of his own choosing. He knows what he likes, and will produce things that echo elements of vintage design, with a distinctive contemporary edge. Sharpe, is currently the main man behind the brand, Sharpeye, London. A brand that has always made and used the cool, urban utilitarian workwear style, that has been popular to some, in the last decade, and is simply the style, he himself likes. It was as if he had a Masterplan... 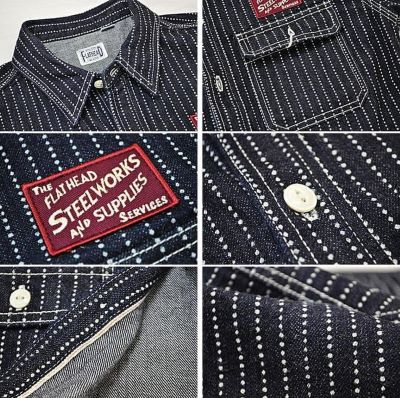 The whole club wear thing went hand in hand with the music. When you see the vintage style inspired outfits that Acid Jazz groups like Galliano wore, you see the inspiration for style. The Duffer shirt I had, had a longish collar, western jacket style pockets, and was made to be worn untucked. With its hickory blue and white railroad stripe I thought it was cool, it made me feel hip. If I hadn’t got rid of it due to the extra weight I have gained as I have got older. I would no doubt still wear it today.

In recent years, Work wear style, and vintage looks have boomed. But, true stylists put a contemporary twist on it. That’s why those that were into Acid Jazz in the eighties and nineties, made their fifties and sixties influences into thoroughly modern interpretations, it was a new sort of Mod revival, that was a melting pot of culture and style. It was how it should be. Wabash and Hickory stripes, are part of style history, and will always reappear alongside a style of music and culture for those that dig deep for inspiration, and endeavour to move it forward. 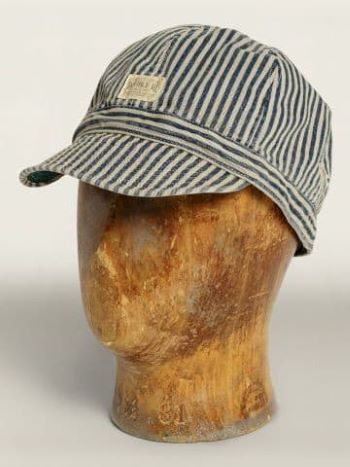