From Snappy Sportswear To A Style Culture Staple. The Tennis/Polo Shirt, And Branding. 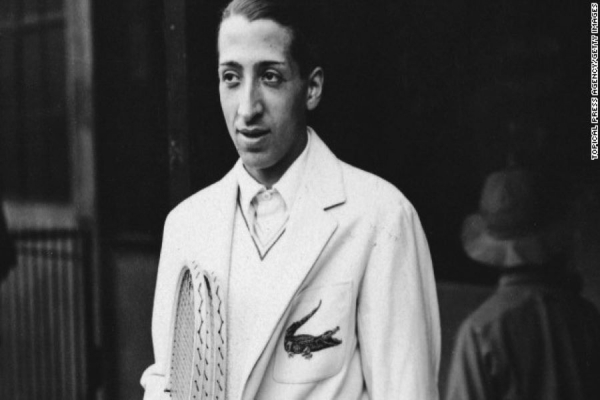 The earliest known roots of polo reach back as far as 6th century BC, the modern form of the horseback sport can be traced back to the 19th Century in India. British military men stationed in Manipur, a state in Northeast India, adopted polo from the indigenous Indians, and brought it back to the U.K. where it became synonymous with wealth, royalty, and the upper-classes.

In addition to jodhpur pants and full-length riding boots, the original polo uniforms included a long-sleeved cotton shirt, similar to a dress shirt. To stop their shirt collars from flapping in the wind while they rallied around the polo field, players would fasten them down with pins or buttons. Inspired by this was John E. Brooks of the successful Brooks Brothers firm, who noticed the players’ improvisational collar solution while visiting England in the late 1800s. Upon his return to the U.S. Brooks introduced button-down collars onto all of his dress shirts, a feature that has become commonplace in modern-day shirting. Brooks Brothers introduced the first mass-marketed ‘polo shirt’ by debuting the ‘The Original Button-Down Polo Shirt’ in 1896.

However, what is commonly known as the polo shirt we know today was born from a completely different sport—tennis.

Like polo, tennis ‘whites’ in the early 1900s featured a long-sleeved button-down shirt. Looking to improve the practicality of this design was French tennis star, Jean René Lacoste. Nicknamed ‘le Crocodile’ due to his agility and “snappy” shot power. Lacoste won seven Grand Slam titles, making him one of the most sensational sportsmen of his era.

While most tennis stars wore a button-down shirt and tie, Lacoste went against the grain and introduced his own short-sleeved, three-button shirt, made from a lightweight, breathable pique cotton that improved freedom of movement on the court. Proud of his reptilian nickname, Lacoste had a crocodile embroidered onto the left breast of his tennis shirt, a piece that surprised spectators as he smashed his way to consecutive U.S. Open wins in 1926 and 1927. The first of its kind, Lacoste’s tennis shirt was the blueprint for what is considered the modern-day polo shirt.

After retiring in the early 1930s, Lacoste was approached by the owner of a leading French knitwear manufacturer, André Gillier, who proposed that the two came together to sell reproductions of Lacoste’s knitted tennis shirt, complete with the infamous embroidered crocodile. In 1933, the pair founded La Chemise Lacoste. Now known simply as ‘Lacoste’, the brand is widely regarded as the first brand to produce clothes with clear, visible branding on the outside of the garment.

La Chemise Lacoste was not the first brand to popularise the knitted polo shirt. Independent makers and brands like John Smedley had already capitalized in on René Lacoste’s revolutionary design. But it was Lacoste’s formidable reputation and playful crocodile branding that made his tennis shirt so desirable. Understandably this popularity gave rise to other sportsmen being attracted to the idea of creating their own versions and ultimately brands. One such was the English tennis star, Fred Perry.

In the 1940s, Fred Perry was approached by an ex-Austrian football player, Tibby Wegner, who is credited with having invented the first sweatband. Wegner and Perry worked together to launch the sweatband as the first product in the Fred Perry range of clothes.

Fred Perry was the Roger Federer of his day with three Wimbledon titles under his belt and, like the stars of today, this approach to put his name to a range of sports products must have been not only very flattering but a shrewd investment at the time. 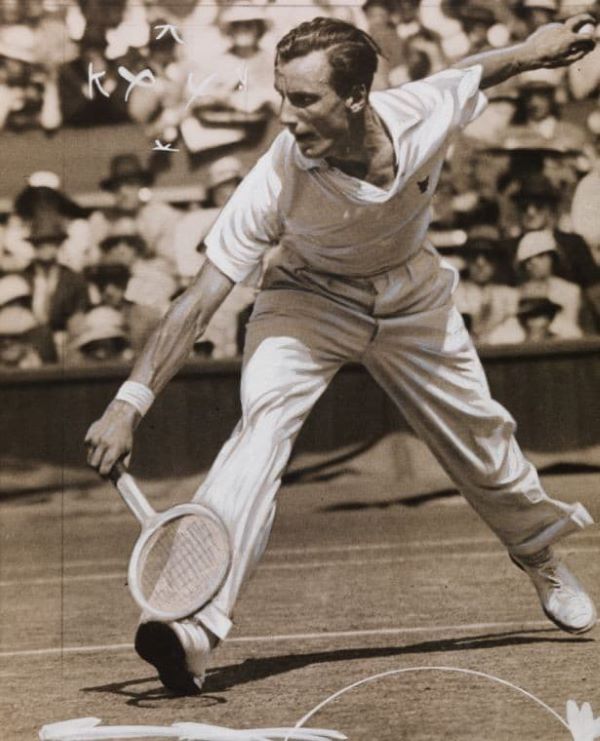 After the launch of the simple sweatband, the Fred Perry brand was born. That humble idea for the logo, the laurel wreath, was incredibly important in its popular appeal. It is now one of the most recognised logos worldwide and is still very popular – especially amongst youth groups and subcultures. The Mods identified with the logo. When headlines and the infamous speech by Margate magistrate Dr. George Simpson’s sentencing speech after clashes during a weekend in 1964 accused the Mods (and rockers) in the Dock he said,

“It is not likely that the air of this town has ever been polluted by the hordes of hooligans, male and female, such as we have seen this weekend. These long-haired, mentally unstable, petty little hoodlums. These Sawdust Caesars, who can only find courage like rats hunting in packs, came to Margate with the avowed intent on interfering with the life and properties of its inhabitants” 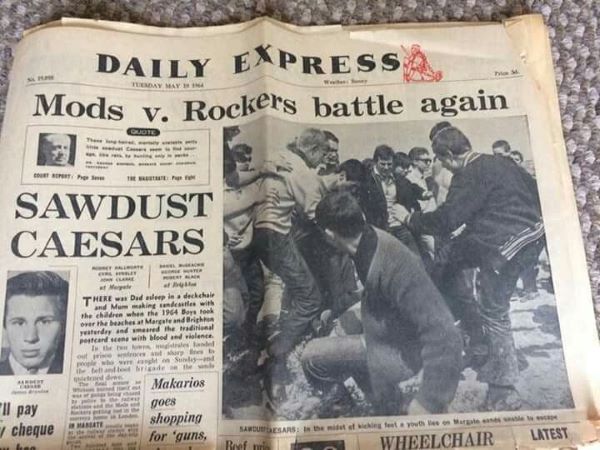 So, although both the laurel wreath design from Fred Perry and the Tennis shirt had been popular before 1964, it’s appeal to a subculture was well and truly cemented, and was adopted by those that identified with the evolving Mods, who were a far cry from the Modernists of the 1950s, who wouldn’t be seen in such casual attire, unless participating in a sport.

Today the Polo shirt is widely available on the High Street, thanks to its wearability. It has become a fashion staple for those less formal times. The two or three-button opening and collar allow for the wearer to button up for a smarter look.

Since the mid 20th century the innovation of wearing sportswear as daywear saw students, and political leaders alike, often adopting the tennis/polo shirt. (See US President JF Kennedy and images of college and university campuses). 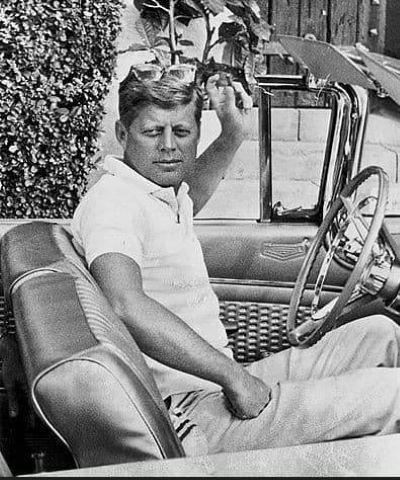 Designer Ralph Lauren is famous for his Ivy League, and Preppy inspired designs. He often teams such a garment beneath a sports jacket. Essentially “dressing up” a casual style. His “Polo” range reinforcing the transition of a simple Tennis shirt into the term Polo shirt. Which is quite different from the original idea of the Brooks Brother’s Polo Shirt.

The polo shirt, like the simple t-shirt is here to stay it seems, because of their style and comfort. All thanks to a French Tennis player who was a snappy dresser. 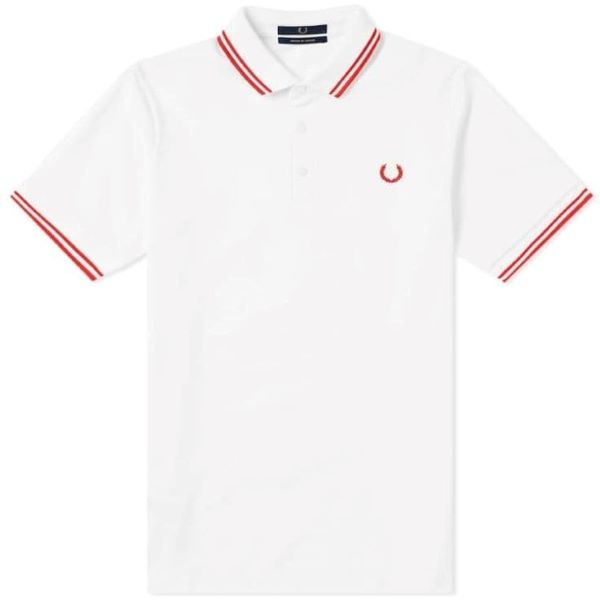