The 3 Greatest Football Related Games Ever 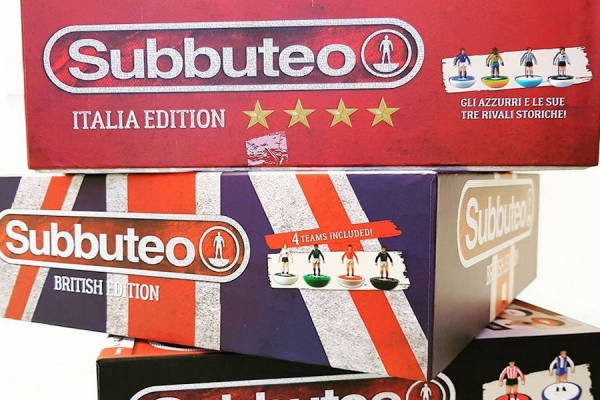 Football has had a long and interesting journey when it comes to its representation within the gaming landscape. Logic would dictate that as the years roll on, the increased processing speeds, better graphics and more immersive gameplay would mean objectively "better" games - but this hasn't always been the case.

In fact, many games which weren't seen as particularly great or groundbreaking at the time of release are now looked back on with a fondness and tinge of sadness. With this being said, below is a quick look at three of the best footballing related games which continue to capture both our imaginations and heart even to this day.

For most casual observers or gamers, it may come as somewhat of a shock to see a game on the list which is over ten years old. Admittedly, the graphics leave something to be desired and some of the gameplay can be a little bit buggy but this is to be expected. Championship Manager (now known as Football Manager) has long been a footballing staple for those who fancy themselves as a tactical genius. The 97/98 version of the game lives long in the memory per https://www.balls.ie/football/championship-manager-9798-133988 due to its masterful tactics engine, huge player database and the convincing virtual world it created. In the halcyon days of the internet, many forums were awash with tales of adult lives lost to the game and do you know what? Not one person regretted it. Good times.

We can forgive you if you'd forgotten about this masterpiece. As can be seen here https://www.vice.com/en_uk/article/av9wzb/inside-the-world-of-semi-pro-subbuteo-1, Subbuteo is still extremely popular within certain circles and communities and can lead to disputes and a bit of aggro if players aren't careful. In addition to this, the game now has an online variant per https://games.paddypower.com/c/slots, which is an interesting twist on the traditional flick to kick game because it is, in fact, an online slot title inspired by Subbuteo - and officially licensed by Hasbro. Nevertheless, Subbuteo is still amazing in our eyes and it's possible to find near mint conditions on sites such as eBay and Amazon. Just make sure that you've got a bandage and some plasters ready.

Again, reading that subheading may well require some of you to have a lie-down, but Virtua Striker was one of the most playable arcade games of its time and still stands up pretty well even to this day. Virtua Striker was the first in footballing history to use 3D player models and as a result, it was the most realistic, digital realisation that the beautiful game had ever seen. The fact that the game was only available at the arcade also gave most of us a good excuse to sneak out of the house for a few hours. Those were the days.

There have certainly been some credible efforts in recent years with regards to football based games. However, hindsight will always be 20/20 and we're sure that many of us would jump at the chance to go back to simpler times. Funnily enough, these attitudes and trends are also reflected in the modern day game with overpaid players who spend more time on their backs than on their feet. Does anyone have a time machine handy?