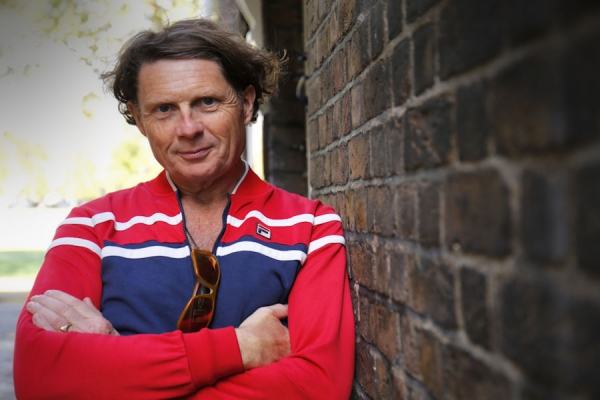 To share how I became a Yoga Instructor, I will start at the beginning, always the best place to start.

I come from humble beginnings, Glaswegian, shipbuilding, in fact, my Granddad and Dad worked at John Brown’s shipyard on the Clyde. I was born in the ambulance en route to St. Peter’s Hospital Surrey, am one of three, my brother is seven years, and my sister is ten years older than me. I had a happy childhood playing with my pals in a safe cul-de-sac, didn’t feel like I fitted in at school, albeit enjoyed the fun/playing aspects, and felt the stuffy learning was purgatory.

When I turned 11, we moved to Libya, North Africa, for approximately two 2 years. There were two prominent industries, water and oil. By this time Dad was a respected civil engineer, and taking a sabbatical from Thames Water, he brought fresh drinking water to the village we lived in, Zuwara, right next to the Mediterranean.

Due to this, he was befriended by the Mayor, who happened to be a cousin of Gaddafi. I had a great time and went to school from 7 am to 1 pm. In the afternoons, I had loads of freedom, going to the beach, that sort of thing. So, when we came back to Surrey, and the local comprehensive, Rydens, I really didn’t fit in, not least because I missed the freedom I previously had. At 15 it was suggested I may prefer to leave, which I did. I went to sweep hair, in local a hairdressing shop, they started me on an apprenticeship at £25.05 per week, I thought I was rich. Little did I realise it would have been three years of sweeping hair. 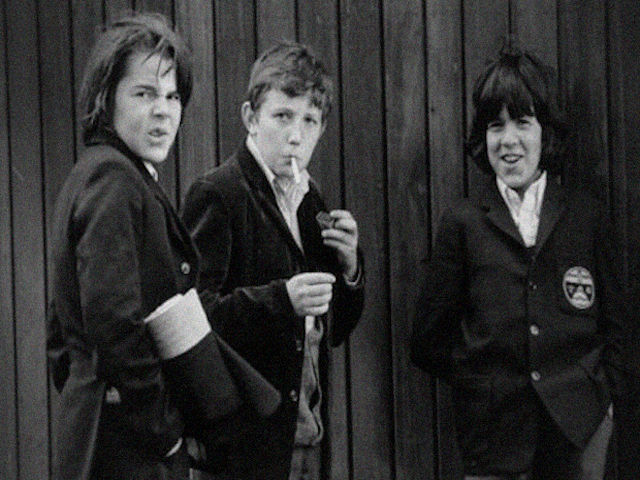 Mum & Dad, bless them, paid a grand for me to train to be hair cutter. I went to live in the Bournemouth area, learnt how to cut hair, with Roger Moore, not that Roger Moore, the one I trained with, was a member of the British World Cup Hairdressing team. A fellow member and friend, Paul Garrett (and Steve Jones) offered me a job at their thriving hairdressing business in Surbiton. I was 17 and soon earning £250.00 per week and was meeting clients dressed in nice Reiss suits, who would park their convertible Porsches outside.

I was inquisitive and asked one of them how he made his money, he was in the photocopying and electronic typewriter business, and suggested I look into training with Rank Xerox, IBM or Canon if I wanted to get a piece of the action.

So, every day for six weeks, I would walk to the local phone box and call the nearest Rank Xerox office in Croydon. This was well before mobile phones, so I was spending a small fortune on telephone calls. Eventually, a lovely lady, Joy, invited me in. I borrowed my brother’s suit, which was two sizes too big for me. Joy told me the only reason I was there, was because I wouldn’t stop calling them. I was given three interviews back to back on the same day, I was offered a job, and was the youngest person they took on in Europe with or without a University degree, which the USA HQ was dictating at the time. My first patch was London SE1 in and around Borough Market

The job was geared towards commission, I got carried away with making a lot of money, wanting to be the hero, the man. I started to hover between the fine lines of bending the moral truth or not. The feeling inside was not good, the feeling outside, being that I ‘was’ the hero, a personal conflict. I didn’t want to do business like that anymore. Follow a short break, I moved from photocopiers to software startups that were bringing in technology from the USA to Europe. The software market at the time was ramping up, and the money one could earn was silly. So I went on to have a career in software, mainly selling in the city to investment banks. 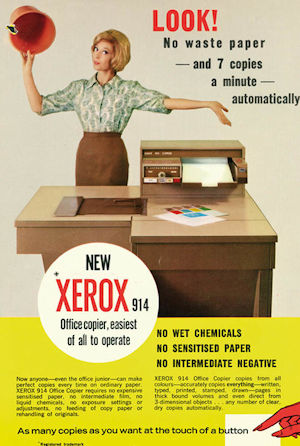 The lifestyle was excessive, I was working hard and playing hard, which lead me to ballooning in weight, 16 stone. Parallel to this, I got married, which started off all well. I was getting a reputation as a dealmaker and closer, of multi-million $ deals. I was getting involved in other projects, from my own hairdresser business in a five-storey building in Surrey, to property development in the UK and Europe. Things were starting to catch up with me, it felt like I was trying to hold sand in my hands, which kept spilling through my fingers, the harder I tried to hold on. Eventually hitting rock bottom.

Then someone took me to a yoga class, because I was anxious, stressed, very low. It calmed me down, made me peaceful, there was something about it, but I didn’t know what. I went to a couple of classes, but that was about it.

Then my perfect storm hit, everything crashing down, divorce, restricted from seeing my daughter, she was about three, now recently turned eighteen. The contracts from work were drying up, losing everything I had worked for and amassed. I realised my excessive days were over, I vowed to myself, this has got to stop, I had no choice. I started to explore Yoga in more depth, albeit with a notion that it was more for women. Regardless I wanted to find out more because of how it was helping me.

What I have come to understand and continue to learn about Yoga, is that it’s not only stretching to relax but an art and a science. Yoga is not just for our physical well being, but potentially more so, for our emotional and mental wellbeing too. With a little practice, it can help in so many ways. 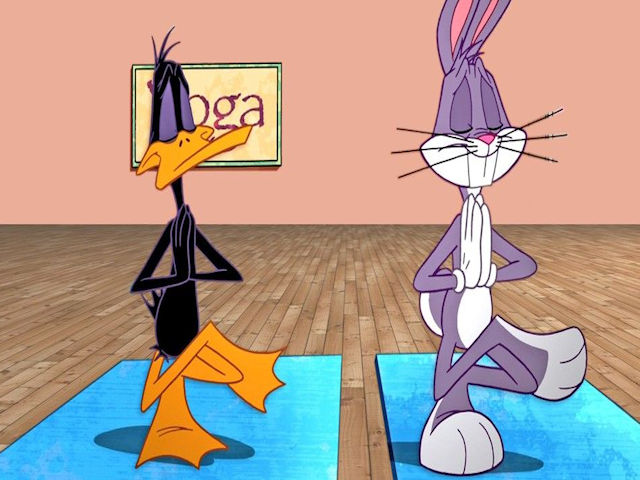 So fast forward to me approaching my 50th birthday, people were saying it’s a big one and all that, but I wasn’t really thinking about it. Then with about three months to go, it started to loom large, and I thought I’ve got to do something to mark this ‘big’ occasion.

I was practising my yoga regularly, doing a lot of courses, and was fortunate enough to spend time with great teachers, but I was thinking about sailing around the world, which my daughter was dead against, as it was nearing exam time. Then one of my teacher’s, suggested I should train to become a yoga teacher, I literally laughed out loud, then paused, and asked really? She replied, your desire to learn, your aptitude, your willingness to share how yoga helps you (from being a broken, blotched red-faced 16 stone, ego-driven salesman, to an 11 and a half stone student of yoga) and who’s got empathy and compassion to share the way of yoga with others, is the most I have seen from all of my students. I was taken aback and was overcome with heartfelt emotion. I asked where the best place was to train, without hesitation, she kindly said YogaCampus in London.

I made my application, and within five days, had a response… ‘you’re in’. So, I started my yoga teaching journey when I was 49. Fast forward to now, embracing what I call ‘The way of Yoga’ ©, I teach a regular mixed community class, weekly men's class and deliver men’s beginners’ courses. I tutor men and women from all walks of life on a one to one basis, as to what real Yoga is, and how it can be applied personally and professionally. I am also involved in Yoga based projects in the UK & Europe.

Now I am being asked by people in the city, executives, founders & entrepreneurs to work with them, to help them with their businesses and underpin this with the teachings/values I have been practising and sharing.This is interesting, as I started a consultancy to help businesses grow some time ago, but it just didn’t seem to get off the ground. Now that I am more humble, being the more authentic self and more willing to share my journey, it seems I am being given opportunities in the UK and abroad, rather than having to chase them.

Yoga can help us overcome blockages that are in the way and help us to amplify the positive aspects of our nature. I don’t want to sound crass here, but we have an opening in our forties and fifties to enjoy the fun parts of our growing up, the music, projects, relationships, the nicer things in life, if we can find balance, Yoga helps to find this balance.

Yoga doesn’t only dial down the negatives but dials up the positives, it is potentially a new (5000-year-old) kind of rock’n’roll without the excess that can kill us. Allowing us to develop a sustainable way to be wealthy, healthy and happy ... 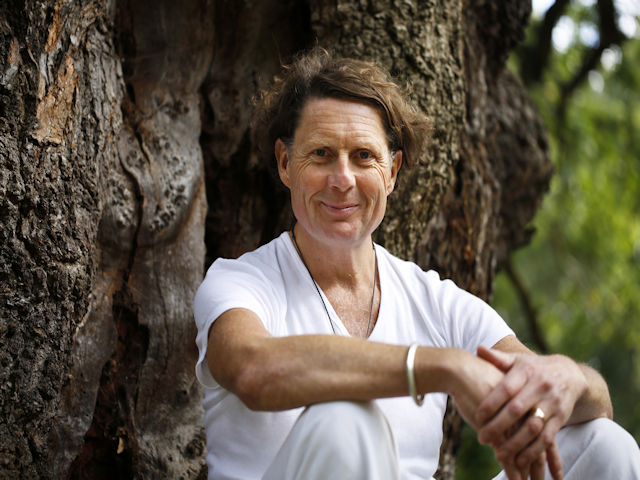