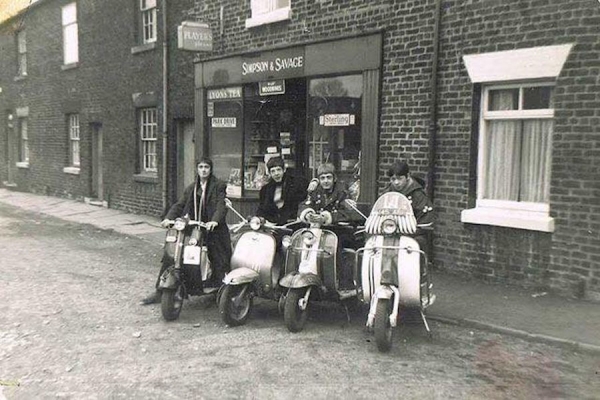 Seven Day Fool is the debut novel by Torquay based, Manchester born, writer and poet Jason Disley. I met Disley a few years back via FaceBook when I stumbled upon a ‘friend’ posting several poems. I was instantly engaged, as his words were soulful and moved like jazz music, a real modern day Beat poet as legend Allen Ginsberg.

I was compelled to buy a collection of his poems and make contact. I reviewed Disley’s poems for ZANI, and we have stayed in contact ever since. The wonders of modern technology, eh? bringing like-minded people together.

For some time, Disley has been highly prolific in producing worthy poems, so it came as no surprise he would pen a novel one day. Seven Day Fool is set in Manchester 1965, centring on local Private Detective Jake Brody. His world is turned upside down when the classic beautiful and mysterious damsel in distress enters his office, asking Brody to find her sister within a week. Soon Brody enters a roller coaster ride of attractive females, Mods, villains and a government conspiracy. 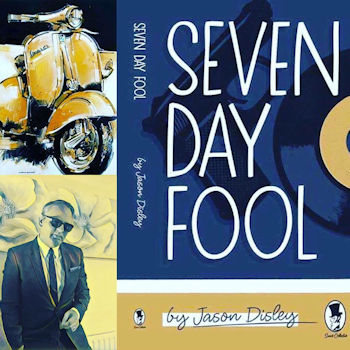 Seven Day Fool is much more than a tribute to the hardboiled novel, even though the influences are paramount. The novel takes the reader back in time due to Disley’s research and ability to paint a picture with words of the sixties, social and economic landscape, attitude, music, fashion and of course crime. Coupled with Disley’s talent as a delightful story teller, Seven Day Fool moves like a getaway car speeding off from a bank heist. Furthermore, Disley switches from first person narrative, Brody, to a third narrative with ease which adds more to Seven Day Fool as the reader sees all sides, as well as discovering a Manchester of yesteryear.

The potential for Seven Day Fool to be a TV series or a film is obvious from the early pages, as it is entertaining, humorous and charming, with an array of wonderful and interesting characters. The perfect British novel and possibly the perfect British film? my word, we do need one. Published by Jason Brummell’s brilliant Suave Collective and available here