A Brief History of the Hollywood Bowl on ZANI 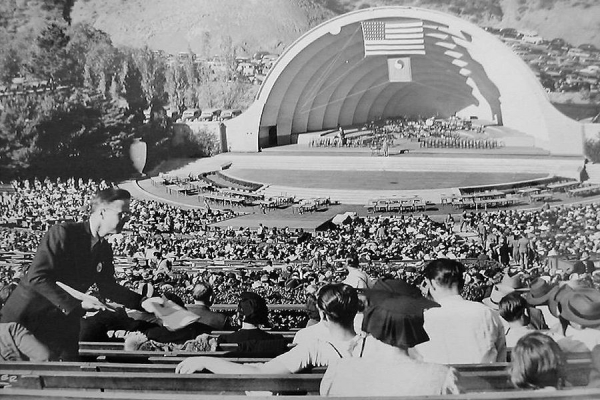 The Hollywood Bowl, California opened in 1922 and was designed as a modern amphitheatre to be used for public performances. The natural cavity upon which the structure was built is called “the bowl" and was a traditional Cahuenga Indian ceremonial ground. Prior to the present building the site had been a natural amphitheatre formerly known as the Daisy Del.

The Californians enjoyed basking in the climate and wanted an outdoor theatre and suitable venue for religious gatherings. The Bowl was just an empty canyon, and folk used the site for concerts with temporary stage and benches and stages.

In 1926 horses were used to build permanent seating and the first arched shell was created. At first, the façade (band shell) was replaced every year but the 1929 structure which was a distinctive set of concentric arches remained for the next 75 years. Individual concert tickets were priced at under 50 cents and even today you can still buy a seat at the top of the Bowl for a $1. By the late 1970s, the Hollywood Bowl became an acoustic liability as the transite skin of the band shell hardened and this was replaced with a large acoustically improved shell in 2004. The new shell incorporated design elements from all three predecessors and the sound has steadily improved as engineers learned to work with its live acoustics. The addition of video cameras built into the shell with large screens mean the view is terrific. 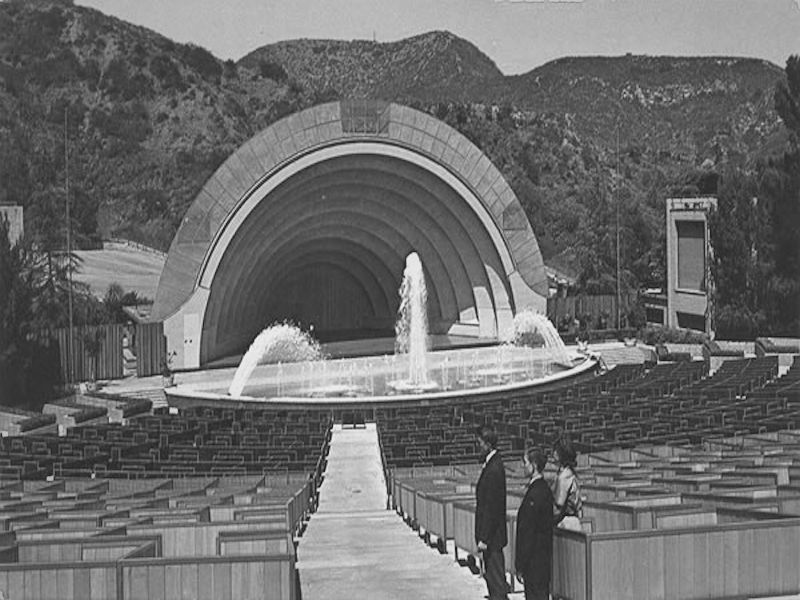 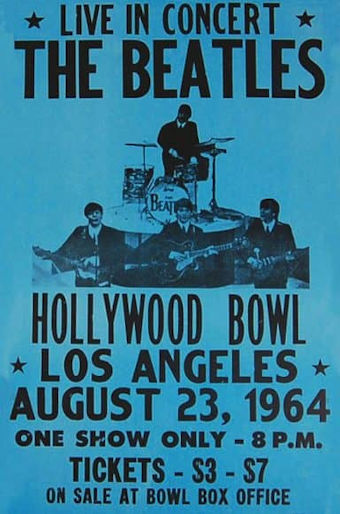 The Bowl has provided a showcase for some of the world's greatest classical musicians, opera singers and conductors. In 1982 to rapturous applause Monty Python played live at the Bowl. The performance was recorded on videotape and later transferred to film.

The Bowl is still considered to be the premier open air live venue in the world and if that were not enough the famous Hollywood Sign is visible from the Bowl. Throughout its long history the Hollywood Bowl has occasionally featured in movies both as live concerts as well as part of fiction. In the 1945 comedy, Anchors Away (MGM) starred Gene Kelly, Frank Sinatra, and Jose Iturbi. Old Blue Eyes is seen singing on stage; as is CC Bloom (played by Bette Midler) in Beaches (1988).

The Hollywood Bowl has also featured in animated films with Chuck Jones' classic cartoon, Long-Haired Hare (1949), Bugs Bunny appears in a white wig and tuxedo as Leopold Stokowski conducting. A year later Warner Brothers featured the Bowl in Tom and Jerry (1950) and more recently it appeared again in the Pink Panther.

The backdrop in Porky Pig's Th-th-that's all, Folks bares a canny resemblance to the concentric arches and in Shrek 2 DVD the singing competition features a similar structure. 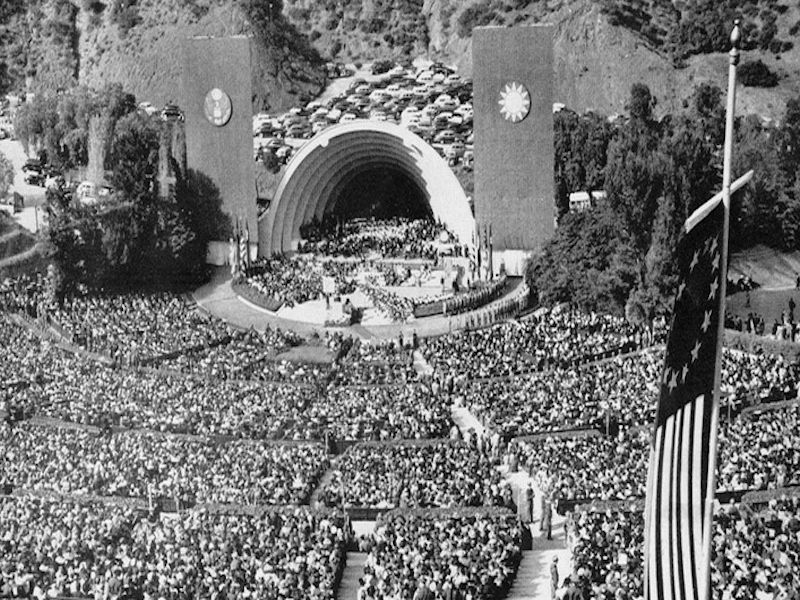 Bette Midler
Wind beneath my wings (1988)