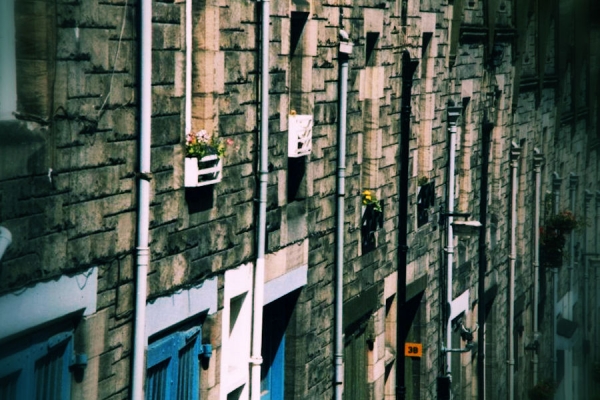 ZANI (as in Nick and me) were only at the Edinburgh Festival for three days so there was a time limit on which plays, events and shows we could see. Coupled with the sheer energy of the people, be it the performers, the locals, the audience and the tourists, my head was buzzing from the moment I set foot on Edinburgh’s Waverley Station Platform One on a crisp Thursday afternoon, until the Virgin Train pulled into London King’s Cross late on a Sunday.

I suppose it has been a long time since a weekend away for me was so hectic, I guess that’s down to age. A few moons back I was wild, reckless and carefree, now I am older I am a man of creature comforts, I like things to be organised and have a schedule. Boring, I hear you say, I know. Yet all the chaos in Edinburgh brought back beautiful memories of my yesteryear. In particular one summer in the Eighties, when I was a performer at the Festival with the now defunct Red Shift Theatre  and Brooklands Technical College, Weybridge, appearing in Frank Wedekind's Spring Awakening, written between 1890 and 1891, but not making its debut until November 1906. 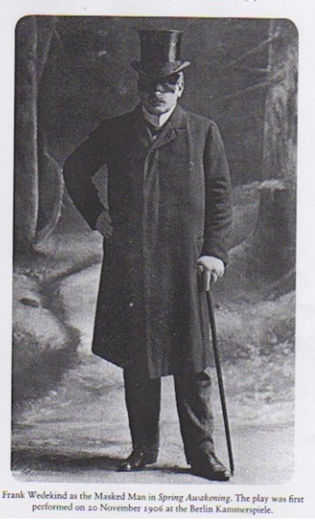 Back then it was called the Edinburgh Fringe Festival, and the only sponsor I can truly remember was Perrier, but it wasn’t low key, just wasn’t part of the main stream media and corporate culture agenda then. I was young, wanted so much to be an actor like my heroes James Dean, Albert Finney, Stanley Baker, influenced by playwrights like Bertolt Brecht, Joe Orton, John Osborne and Stephen Berkoff, who was huge at the time. Back then, every other play seemed to be a Berkoff adaptation. 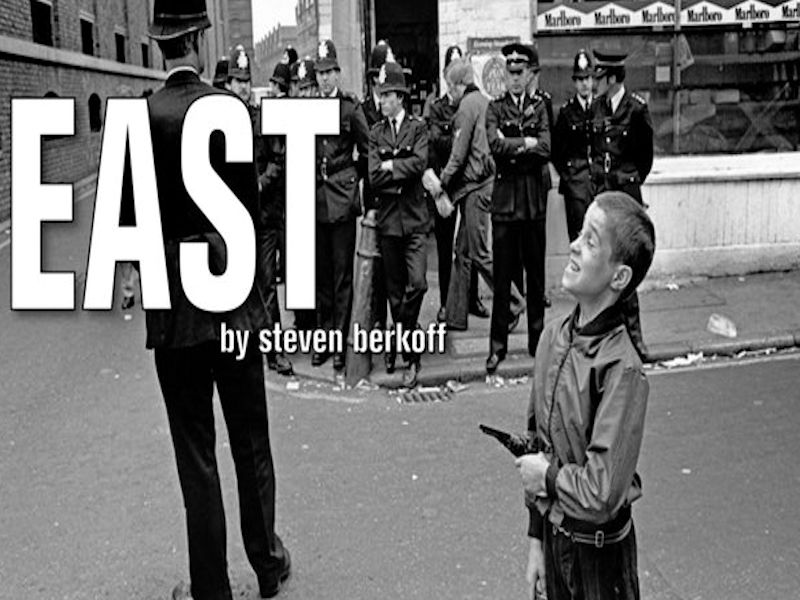 I was an angry young man but with a cheeky smile. I don’t think that during the three and a half weeks we were there I lost my temper once. I made a few people lose theirs, but not mine, so that is all that matters. As I walked through the Edinburgh streets in 2017 memories came back, but for the life of me I couldn’t recall where the play was nor where we stayed, but I think it may have been Leith, back then it really was Irvine Welsh’s Trainspotting.

There were about ten of us staying in a huge high-ceilinged three bedroom flat, we were young, beautiful, and upbeat, unlike the other young theatre groups we met, we weren’t pretentious nor tortured, we had no prima donnas. Thinking back, I remember a strong bond, a real “fight one”, “fight us all mentally”. In all honesty, it was more rock ‘n’ roll without the drugs and loads of laughter. Our performance was around lunch time, we had rehearsed a lot prior to Edinburgh, so we were well drilled, and enjoying it. We would get up around ten, have breakfast, free for all, walk to the theatre with a smile, perform well regardless if it was a full house or not. After the play, we had lunch in a pub, go out flying around Edinburgh, we would chat, flirt, go a see an afternoon performance, have a laugh, it was fun. Then go our separate ways until the evening. I would always head back to the flat around six, as that was when the Kebab shop opposite the flat which did pizzas opened.

I would look out of the rented main bedroom’s window, clutching my two pound coins, I think it was £1.75, waiting for the man to feed me. I would get quite excited when I saw him with the walrus moustache and dark blue tee-shirt, open and heat up the pizza oven. Around half past six, every night, I would stroll over to pick up my pepperoni pizza. The man knew my order, and knew what time I would enter the shop. This went on for three weeks, and not once, did he or I engage in a conversation, other than, my food, the cost and a thanks, that was it. After my ritual of a pepperoni pizza, I would freshen up, have a laugh in the flat with the gang, then most of us would go see an evening performance then head to the Fringe Club for a dance, a beer or two and other fun. Pretty drug free as Acid House was just around the corner. We came home late, have a natter in the kitchen, a few more drinks, crash out then do it all over again with a beaming smile on our faces.

I remember feeling sad and even tearful when the coach pulled off in Edinburgh for the overnight drive to London Victoria as I knew I was leaving behind a wonderful experience. I swore to myself whilst in transit, I would be back…. but I didn’t expect it to be this long, well at least I kept a promise to myself.

Here I am in 2017, a totally different man who watches what he eats, talks to strangers in a positive sense and thinking about writing as opposed to acting. As I was looking through the official Edinburgh Guide I stumbled across A Spring Awakening which raised a smile, but I was finding it too difficult to choose, whilst Nick was circling his guide for stand-up comedians as if he was playing multiple games of noughts and crosses. Then a title leapt out at me, Jocky Wilson Said, a play about the legendary Glaswegian darts player, Jocky Wilson (22nd March 1950 – 24th March 2012). I had put him on the list of people for ZANI to interview in 2011, never got round to sending the invite, but by then Jocky Wilson was a recluse and in poor health, shame, I loved the man, he got me and many others into darts.

The title derives from Dexys Midnight Runners song Jackie Wilson Said, a homage from lead singer Kevin Rowland and his band to the iconic soul singer from the sixties. Dexys performed the song on the BBC’s Top of the Pops, against the back drop of a large photo of Jocky Wilson, not Jackie Wilson. For years, people believed the BBC had made a huge mistake, then in an interview with The Guardian in 2002, I believe, Kevin Rowland admitted that it was his idea all along, classic, love it.

Jocky Wilson Said, written by Jane Livingstone and Jonathan Cairney, directed by Tony Cownie and starring Grant O’Rourke, winner of Scottish Theatre Best Male Performance Award 2015, as the great darts player himself. Originally a production by A Play, A Pie and A Pint, a theatre group in Glasgow, who perform plays during the lunch hour at Glasgow’s bar, night club and restaurant Òran Mór, hence the name.

Set in 1979, Jocky Wilson, dressed in classic darts match attire, black sleeved shirt with yellow embroidery around the collar and front and chestnut brown loose-fitting trousers, is stranded in the Nevada Desert, Las Vegas with only a cactus to talk to as Wilson has squandered all his money during an exhibition match for darts. As Wilson waits and prays for a lift, he is left to reflect upon his past and contemplate his future. 1979 was the year that Wilson debuted as a professional darts player, prior to being unemployed, Wilson’s life changed overnight. Yet Wilson knows there is a massive mountain to climb before he can become number one, The Crafty Cockney, Eric Bristow.

The scenery and the setting might be barren, yet O’Rourke delivers an hour’s monologue that is stimulating, engaging, humorous and poignant. Within five minutes I felt I was at an evening with the real Jocky Wilson. (yes, I know he has passed away) yet O’Rourke goes further than looking and sounding like Wilson, he tells a story of struggle versus self-belief, against the back drop of council estates, the dole office, pubs and rivals. Darts is the only thing that gives Wilson true happiness and peace, and why not? To me, that is true spirituality, the real you.

For the above to have any impact, the actor must deliver a mesmerising and fetching performance. O’Rourke, like Wilson, performs a winner that is raw, warm and direct. O’Rourke holds the audience with every word, becoming Bristow, his back stabbing jealous friends and the bastards at the dole office with such ease and conviction that it is enthralling to watch. From watching Jocky Wilson Said, it is easy to understand why O’Rourke won the Scottish Theatre Best Male Performance Award 2015.
As the play ended, I was left with no alternative but to give O’Rourke a standing ovation, I wasn’t alone in my train of thought, as the rest of the audience felt the same. O’Rourke, and the rest of the team, told us a wonderful story with a wee element of a feel-good factor. That’s something we need every now and then in entertainment.

If Jocky Wilson Said goes on Tour, well worth a ticket, you will leave the theatre with a smile as you fondly remember Jocky Wilson, who followed his true path due to his inner drive and belief. As I left the theatre, I entered back into the sheer madness of Edinburgh and I sung to myself “I heard my name called above the noise, I tried to speak but my tongue was tied”.