A Story of a Too Young Hacker, Loney Gloom 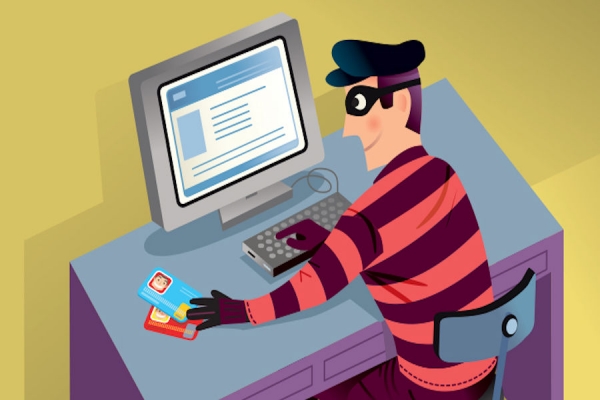 This is the story of Loney Gloom, known outside the virtual world as Andy Pfifer. Andy was a pretty normal guy, like most guys are. As someone who was born in 1985, he grew naturally into the world of computers and internet. He spent hours in front of computer games, and later hours in trying to hack them. His younger sister would say later that it was the real world he was visiting from time to time, as a refreshment from his virtual lives. The world was made from 1s an 0s as far as Andy was concerned.

As any hacker he created himself a fake identity, Loney Gloom. His avatar was dark and depressed, most of the time seeing the long dark was in front of him and only smiling for very short times, thanking shyly to all the other hackers who were complimenting his good job. But the life of a hacker is not easy, and those moments of pride are very rare ones. Loney Gloom became darker and melancholic also in the life outside the computer box. I mean, that was Andy outside there, but you see, it became harder to tell the difference.

Andy had real friends, even girlfriends. He wasn’t the virgin geek, dreaming of manga girls while breaking into another federal bank. No, Andy actually had a real girlfriend, a nice quiet girl he knew from high school, and that was about to start her Veterinary studies after the summer.

That was OK with Andy, anyway they met only once every two days, his sister recalls: ‘I liked it when Kara was here. That was the only time I didn’t hear the annoying sound of typing from Andy’s room. She would come to our flat, Andy would close the door, and three hours later she left. That was it, for I think a year, maybe more’.

So Andy was a very planned young man, with a well prepared schedule and the ability to keep it up with the real world while still operating full in the virtual one. In five weeks Kara was about to leave the city and go up north, and Andy was pleased that his girlfriend know what she wants from life. He was satisfied. He told his family that he planned to live in their house for five more years, until Kara finished her studies and came back, and they would move in together. Kara would open a small vet clinique, he would do whatever it is that he was doing anyway. Yes, Andy had it all planned.

Andy’s sister says: ‘I knew something was very bad because she came without calling. And I know she didn’t call before because Andy always cleaned around before she came. His room was smelly otherwise. She surprised him and he got confused, and then she told him something that I didn’t hear, but probably he also couldn’t hear it very well because he kept asking: what? What? Like tons of times, like an old man, and then I heard Kara shouting, really strong, that she wanted to keep the baby. I just thought – is she calling my brother a baby? Dis she find a cat? It took me a few seconds to figure it out. I was too young maybe, maybe just too stupid’.

Andy had a clash with reality. He found out, sooner than he expected, that real life wasn’t going in 1s and 0s, or, if they did, he didn’t hack their code just yet…so his girlfriend wanted to have their baby. He was going to become a father. Hmm, let us see. A hacker, spending 20 hours a day on his screen, being responsible for a living thing. A real baby. Andy was a still a baby himself, at least his sister would argue. And he thought being a father would not fit his plans: Loney Gloom wanted to become a famous hacker, not just a kidy coder. Loney Gloom’s future became very short all of a sudden. The kid had to face reality.

The same day, sister recalls, Kara left fairly quickly. After this one shout there were no shouts. It took her maybe 15 minutes before she was out the door, silent as always. Andy’s sister went to his room and knocked on the door. He told her to come in, she found him in front of his machine, hands on keyboard, but he was ‘as frozen’. Sister says Andy was weak, didn’t say a word, until he snapped at her: ‘get the fuck out of here, I have no time for this now’.

Later it became clear, that Andy’s brain was working as fast as the machines he loved so much: he already had a plan. 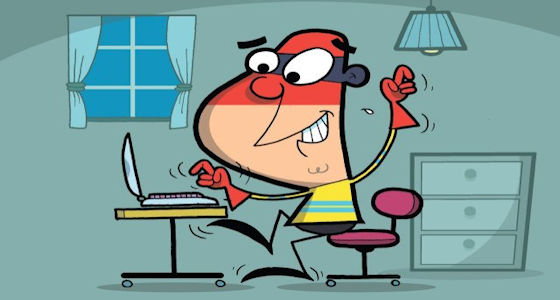 Loney Gloom had seven months to operate. If he wanted to stay with the girl he loved, and raising a family, he had to find a way out of the machine. For Loney Gloom the one way was fame. After he is rewarded with fame, he could go work as a system administrator or whatever it was out there for old hackers. Old hackers not yet 22, that is.

Every hacker has the things he loves doing: cracking software keys, bringing websites down, breaking into banks, etc. Loney Gloom’s favourite act was infecting private computers with not too bad worms. He used to create Trojans that were not meant to destroy your life, just make you realize how you were not in such a private place like you maybe thought you were. He wanted to make sure people saw the web as a public area, like a street, and not like a private club. Sometimes this Trojan was built to give you a list of your files, or your latest actions online, or the list of contacts from your email box.

Andy never made any profit from those actions – this is what he later said when his family demanded answers – he merely did it because he could. He was an artist, he said, an artist that worked with code, with mathematics. He wasn’t a bad guy. But when you act under pressure, you make mistakes, and sometimes those are fatal mistakes. 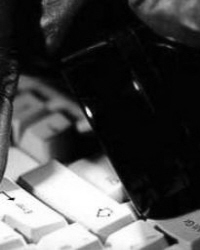 Loney Gloom knew what he wanted and how to get it. His plan was to become within 6 months a famous hacker, a superstar hacker, one that even people outside the hacker community would be recognized. This way he could feel worthy, and ready to move on. It also meant that he would have no problem getting a good job and supporting his new family.

The beginning of a hacking project is tedious, and Loney Gloom was for the first time in his short life worried about things outside his machine. He did care about his girlfriend and his new family.