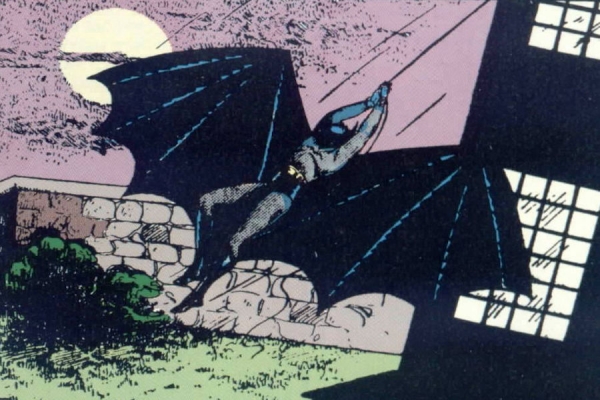 Who really created Batman? Was Bob Kane solely able to produce and write stories of the Dark Knight from 1939 – 1967.

Writer Marc Tyler Nobleman helps piece together the secrets and facts behind the true origin of one of the most famous and recognisable comic book characters of all time and the uncredited and overlooked co-creator, Bill Finger, in a wonderfully brilliant, compelling and poignant documentary, Batman & Bill.

“Bob Kane is the original cartoonist of Batman and the man who has been credited for Batman during most of the character’s history.” In 1938, Jerry Siegel and Joe Shuster sold the character of Superman to National Allied Publications (later to be known as DC Comics). The financial success and weekly earnings of Siegel and Shuster were very influential on Kane who wanted to make as much as them, and in May 1939 the first appearance of Batman was in Detective Comics #27.

In July 1965 at the first official Comicon in New York, Bill Finger made his first public appearance as a panellist, and is introduced to a roomful of 200 people as “Batman writer from the very first.” Prior to this, Jerry Bails (the moderator of Comicon) was curious as to how Bob Kane was able to write and produce Batman comics all on his own and wrote to DC comics and figured out that Bill Finger was co-creator. Bails wrote an article entitled ‘If the truth be known or “A Finger in Every Plot!” and sent it to all the Batman fans around the country. This article caused much controversy, but it was the first time that Bill Finger was declared as co-creating Batman.

Bob Kane took great offence at Bails letter and issued a defensive response stating that all claims about Finger were false and that he alone was the only creator of Batman. Bob would later go on to become quite famous and wealthy due to the 1960’s Batman TV series, which starred Adam West and Burt Ward. whereas Finger was unable to cash in on his co-creation and continued to be a struggling writer. Ironically Bill Finger co-wrote an episode of the TV series with writer Charles Sinclair.

In 1972 Bill Finger recorded an audio interview, where he states that he was a writer and Bob Kane was not a writer. “Bob Kane was using me as a kind of tool all this time, to bolster his own pay check.”

Marc Tyler Nobleman’s quest for justice and recognition for Bill Finger is a personal journey that has taken many years in his investigation and research to uncover the biography and legacy of one of the creative forces behind one of the biggest comic book characters of all time in this ‘David vs Goliath’ documentary.

Further reading can be found in Marc’s book, ‘Bill the Boy Wonder: The Secret Co-Creator of Batman‘ published in 2012.