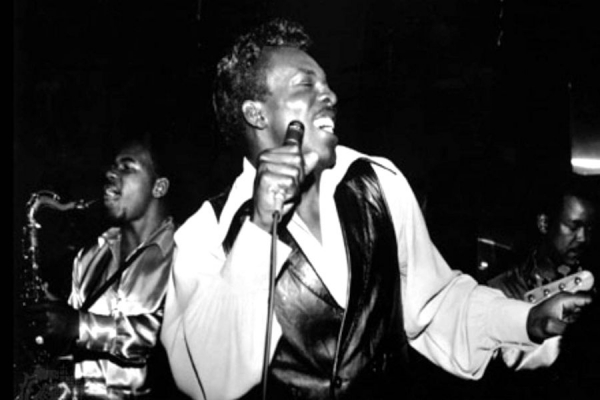 When I first heard Wilson Pickett’s powerful melodic soulful battle cry years ago on Atlantic Soul compilation album, which was bought for my birthday, lovely present, gutted it’s been lost in transit, I was totally mesmerised by his voice, passion, rawness and honesty as Pickett took the listener to Land of 1000 Dances, a place any zealous teenage would like to go to.

But Land of 1000 Dances  wasn’t the first song I had heard by Wilson Pickett, no it was the sensual, demanding, yet with a mixture of sensitivity, In The Midnight Hour ‘I'm gonna wait till the stars come out. And see them twinkle in your eyes’. What young man or woman, or middle aged and beyond, hasn’t felt this passion when meeting for a late-night rendezvous with their lover? Yet it wasn’t Pickett’s version that struck a chord with me, it was The Jam’s maximum speed version closing track on their second album, This Is The Modern World. After learning that it was a cover, I needed to hear the original, again the Woking Wonders opened my mind and ears.

Yet Land of 1000 Dances was the first time I heard the soul man sing, from that point on I became a fan, from his smooth Mustang Sally to his knee trembling version of The Beatles’ classic Hey Jude, the Fab Four’s crescendo was out of sight, but Pickett’s took it to another level, with his trade mark scream backed by a cutting guitar solo. Yet the life and times of Wilson Pickett has seldom been documented, that is to say there is not an in-depth biog of the singer that really did shake things up.Only one that springs to mind is Don't Let the Green Grass Fool you: A Siblings Memoir About Legendary Soul Singer Wilson Picket by his sister Louella Pickett. Music Journalist Tony Fletcher certainly felt the same, took action and has written In The Midnight Hour – The Life & Soul of Wilson Pickett

Like me discovering Pickett in my adventures of being a teenage Mod, I discovered Tony Fletcher in the early 80’s via his excellent fanzine/magazine Jamming! covering interviews with the likes of Paul Weller, Pete Townsend, Kevin Rowland and many more credible artists of the time. Jamming! certainly captured the mood of the kids back in the day as Fletcher was one himself. Intelligent and uplifting, I’ve still got the odd back issue, haven’t lost those in transit. I even saw his band Apocalypse support The Jam at the Bingley Hall. I don’t remember too much about their sound other than the band performed a song about the High Street shoe shop Dolcis. Mental note to myself, must find the lyrics of the song as I am totally captivated as to how a young man could be inspired to write a song about a household retailer.

Jamming wound down in 1986, Fletcher moved to the USA to escape Thatcher’s Britain and went from strength to strength with biographies; Dear Boy: The Life of Keith Moon, Remarks Remade - The Story of R.E.M and A Light That Never Goes Out: The Enduring Saga of The Smiths under his belt. ZANI reviewed and interviewed Fletcher for his biog on The Smiths. 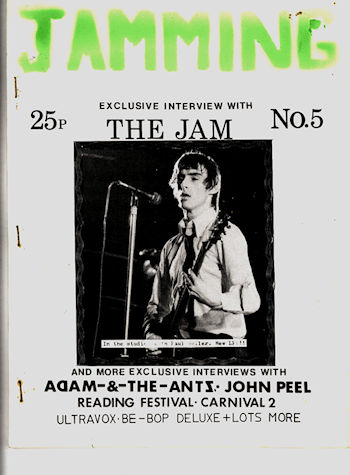 I am a huge admirer of Fletcher’s writing. His narrative draws the reader in and takes them on a journey, be it Morrissey or Marr, Moon the Loon or the soul legend Pickett. Furthermore, his attention to detail and research is remarkable, once he has the facts he builds the story and we, the readers, are treated to a comprehensive biography that is page turning.

In The Midnight Hour – The Life & Soul of Wilson Pickett is not a warts and all account. Fletcher takes on the rise and fall of a great man. Pickett didn’t die in poverty nor obscurity, in fact at the time of his death on 19th January 2006, he was performing and recording to critical acclaim.

Pickett was discovered in the summer of 1960, by Willie Schofield of The Falcons, an R & B group on the up. Pickett was singing on his balcony with his acoustic guitar in Detroit, after that eventful encounter, fame was just around the corner. During his lifetime Pickett achieved so much in terms of personal fulfilment, money and success, yet also during his life he faced many demons, self-inflicted mainly via the old demons of drink and drugs. Furthermore, he was a womaniser and could switch from charmer to rough in a flash. 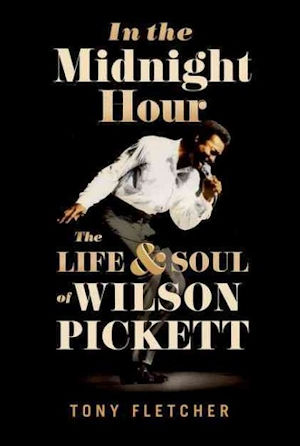 Fletcher, via his excellent writing skills, presents Pickett’s life and career in equal measure, as it seems his life was certainly an exciting roller-coaster, plenty of ups and downs. Pickett was certainly a fighter, which I found inspiring, he would never give in. In addition, with In The Midnight Hour – The Life & Soul of Wilson Pickett goes further than his life and times, Fletcher covers the history and struggle of black America and the birth and growth of soul music, from the artists to the labels. Soul music was a term coined in 1963, not as a marketing voice but a movement to give the young and old black population of America confidence. Fletcher covers the ruthless regime of the music industry, other soul legends appear, from Eddie Floyd to Bobby Womack, all instrumental in Pickett’s. career. It’s a must read for fans of Wilson Pickett as you will appreciate him that little bit more, and a must read for fans of soul music as you will see what a brave and honest music genre it is. In fact, the book can appeal to anyone with a love and passion for music and post 20th Century history, two key factors, interesting times and Fletcher’s ability to paint a picture with words. A great summer read, might even inspire you to follow your dreams, because Pickett certainly did. As I stated he never gave up, right to the end. Now In The Midnight Hour – The Life & Soul of Wilson Pickett has a place on my book shelf, I will make sure I don’t lose this little gem in transit. 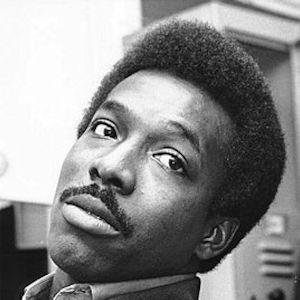