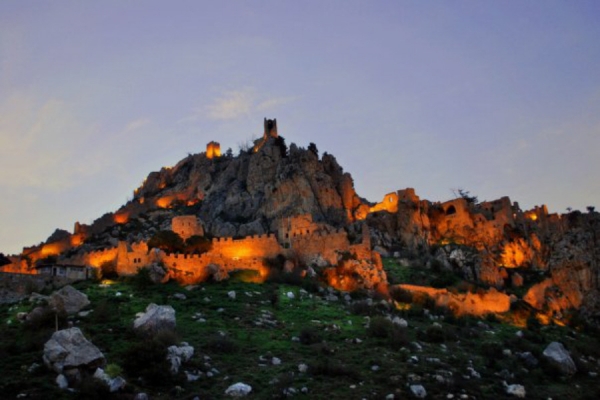 The mountains of Northern Cyprus were formed by earthquakes centuries ago.

The ridge has kept the rain that sweeps across the Mediterranean from falling any further south. The landscape on one side is considerably more rich and green than that on the other. The trail drops down on each side and it offers two strikingly different landscapes, both harbouring a wide variety of wildlife. Foxes and in my case snakes.

Kyrenia is a hiker’s dream. Kyrenia in Northern Cyprus offers a beautiful idyllic treat. The trail is a 220 kilometer walk that goes from Korucam Burnu in the West to Zafer Burnu in the East. Below the mountains the tropical paradise turquoise waters and idyllic coastline stretches for hundreds of miles and it is unspoilt by the usual high rise holiday hotels.

The hiking trail itself travels along the ridge of the Kyrenia Five fingers mountains and gives you the opportunity to view the spectacular scenery. The trail is idiot proof (a straight line) and very well marked, making it extremely difficult to get lost. The air is entirely natural pine- and eucalyptus-scented and every now and then a poisonous snake will make it’s way across the Limestone trail. 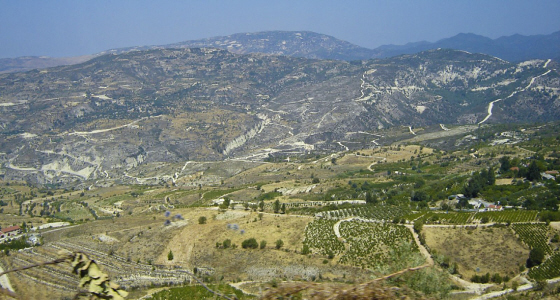 St Hilarion Castle is dramatically sited on a rocky crag with elegantly ruined turrets, towers. Originally a monastery dedicated to an obscure fourth-century Syrian hermit who lived in a cave on Mount Didymus (“Twin peaks”). The breathtaking Castle is one of a number of Castles that were designed to provide defense to the island against Arab attacks, the other castles being The Castle of Kyrenia, the Castle of Buffavento, and the Castle of Kantara.

According to popular belief Hilarion never washed and built up a following thanks to banishing demons and performing miracles. The monastery’s strategic position, commanding the pass through the Kyrenia mountains and overlooking the northern coastal plain, was not lost on the Byzantines. Facing repeated Arab raids, they converted it into a castle in the eighth century AD.

The Lusignans improved and strengthened it in the thirteenth century – what is standing today was built in 1228 by John d’Ibelin. It became not only a military stronghold but also a palace for Lusignan royalty, nicknamed “Dieu d’Amour”, meaning Cupid’s Castle. This became the castle’s heyday, an era of tournaments, knights and courtly intrigue, especially under the rule of King Peter I and Queen Eleanor of Aragon. 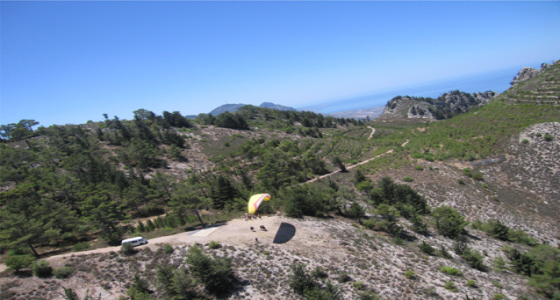 St Hilarion continued to be a castle of importance during the latter Lusignan period, but when the Venetians took over in 1489 it fell into disrepair and became the ruin it is now, to see action only during the mid-twentieth-century troubles, when the Turkish TMT occupied it.

For the more adventurous you can find Highline Air Tours in the Historic Harbour and book a tandem paraglide from 2500ft. It involves an easy take off running a few steps down a gentle slope off a cliff 750m, to the west of St.Hillarion castle, giving you magnificent and uninterrupted views of the stunning five fingers mountain range.Trust me, it's paradise from the sky.

Prices for Air B & B in Girne with mountain and sea views starts at around £50.00 per night (inc of full use of a private swimming pool)

Northern Cyprus and St Hilarion Castle really are the Mediterranean's most hidden treasure.