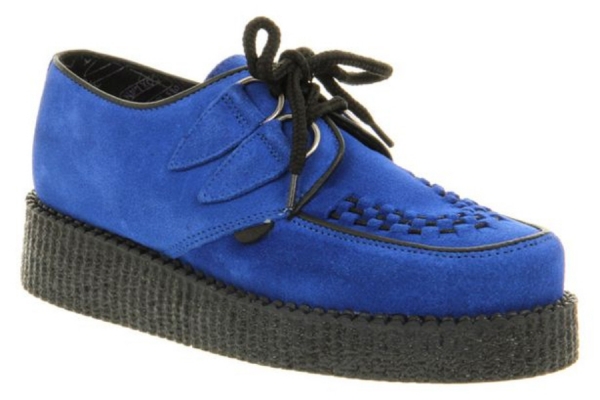 The most famous shoes of the rock and roll era were Carl Perkins's Blue Suede shoes.

Although Elvis Presley had the big hit, credit was always given to Perkins. The idea for the song came from his early days when he and Johnny Cash (1932 – 2003) were in a food queue. Someone in front cried a warning to another not to trod on his foot. 'Hey don't step on my blue suede shoes".

Cash was moved to say to his companion that would be a good title for a song. Later, when Perkins (1932 – 1998) was playing in a dance hall he noticed one of the dancers gesticulating to his partner not to stand on his feet. The following morning, or so the story goes, he woke up with the song lyrics in his head and cleverly wrote them down. He recorded the song before Elvis (1935 – 1977) but a road accident prevented him from performing the hit. Presley meantime was in need of a successful follow-up to Heartbreak Hotel and took his version of 'Shoes' the top of the US charts. 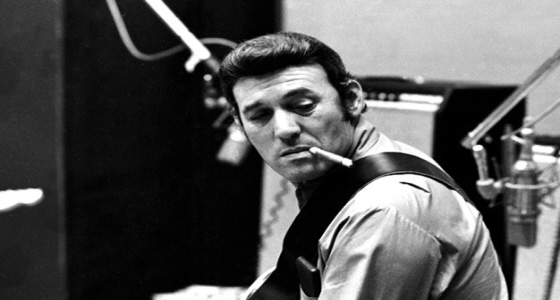 The rest, as they say is history. Perkins did not personally wear blue suede shoes although Presley did own a pair. The King did wear lifts in his shoes to make him look taller and Buddy Holly (1936 – 1959) only wore brown suede shoes.

Had Carl Perkins not penned this tune and Elvis sang it then who knows what kind of world we would have today. The anthem was right and the image was as they say 'smoke'n'. The shoes united the world’s youth in rebellion but the shoe styles were quite different in the US from the UK and elsewhere. In American Blue Suede Shoes referred to quality brogues or ‘penny’ loafers worn by middle class preppies, whereas the Teddy boys in the UK; Halbstarke in Germany; and Blousans noirs in France wore crepe soled shoes which were like dessert boots on speed.

These were cheap and crude shoes made specifically for the emerging youth market with soles more like platforms. The most critical thing about suede was prior to this time, suede was regarded as an effeminate medium previously worn only by lounge lizards and homosexuals. The appeal of brothel creepers lay in their deliberate crudeness. Leather or suede was sown into crepe sole, sometimes two inches thick. The name spells out the sexuality of the shoe. They were a celebration of unsubtle masculinity and were the working class equivalent of the desert boot. Originally worn by officers during the desert campaign in North Africa, the originals were suede bottees with crepe soles. The origins are blurred but it is thought Egyptian cobblers made the shoes for the soldiers. Most comfortable shoes the fashion was developed by Clarke's of England and became popular with the middle class smoothies after the war. 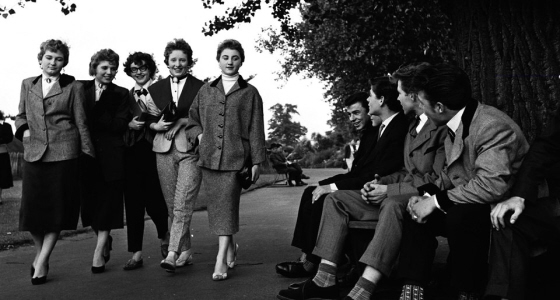 Teddy boys wore a modified dessert boot with a particularly thick crepe sole. Brothel creepers were as aggressive as desert boots were urbane. Worn originally with drapes and drainpipe trousers they were a variation of the sartorial style of Prince Edward, hence Teddy boys. An interesting innovation was the unconventional use of a boot lace, worn as a tie i.e. Slim Jims, this symbolically acknowledged the importance of 'Hillbilly Music' in the emerging music scene as well as flying in the convention of shirt and tie brigade. Dress codes became very important in public places like dance halls and pubs. All in all, the style was the right image for angry young men and made up the post war generation, which burst into life with the onset of Rock'n Roll. Roll over Beethoven as Chuck Berry sang in 1956. the young Chuck Berry invented his famous 'duck walk’ routine to distract the audiences attention from his wrinkled suit.

Australian Bodgies were quite different again, combining both US & UK fashion with a hint of Italian they appeared in Spiv suits worn with pointy, white shoes. Later this was combined with crossover rockabilly crocodile skin shoes, especially worn with black satin shirts. Ironically the original sharpies of the 50s wore almost exactly the same gear and footwear as their grandfathers, who would be the first larrikins.

Brothel creepers made a brief return in the mid 70s with the retro R’n’R Revival with bands like Mud, Sha-na-na, Showaddywaddy and Daddy Cool. In reprise they were neutered and no longer the sign of youthful rebellion rather a shade of their former glory and like the imitation crocodile and leopard skins, they became contrived bad taste. 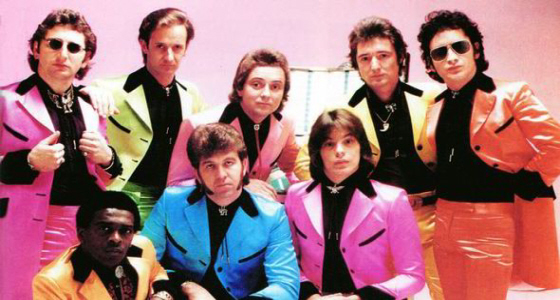 These are the only known pair of blue suede shoes owned by Elvis in existence. The King ordered them specially after his 1956 song "Blue Suede Shoes" shot up the charts, making for one of the most memorable songs of his career.

Elvis owned them for four years before he gifted them to his best man and roadie Joe Esposito during a wardrobe clear-out after returning from duty in the US Army in 1960. In 1994 they were bought by museum owner Chris Davidson who put them on display at his Elvis-A-Rama institution in Las Vegas. The size 10 brogues blue suede shoes went up for auction in Los Angeles and sold for around £53,000. during the sale by Julien's Auctions. The shoes come complete with blue laces and gold grommets. The highest bidder also received a 1956 letter from the manager of Presley's wardrobe supplier. It includes a request from Nudie's Rodeo Tailors for Presley's clothing and shoe sizes.