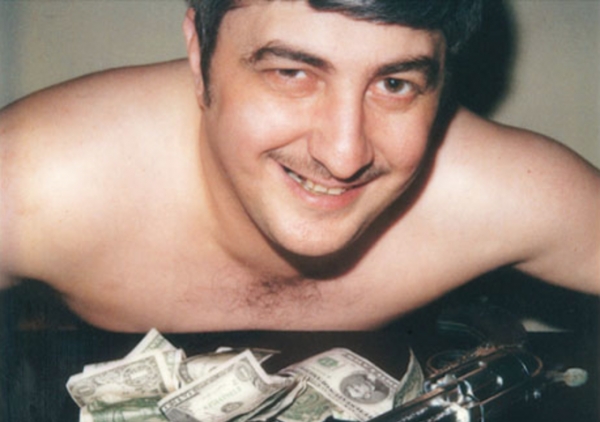 “Nobody would ever rob a bank to give a guy a sex-change operation, that’s why they made a movie about it”

When Hollywood director Sidney Lumet told the story of a Brooklyn bank robbery gone wrong in his 1975 cinematic masterpiece, “Dog Day Afternoon.” Cinema goers found themselves mesmerised by the based on a true story tale of a heist planned and carried out primarily by the motovation one of the robbers was driven by in gathering enough funds to help finance his wife’s costly sex change operation. A bank job that had the residents of New York and beyond gripped by the news bulletins going out across the nation over the 14 hours that the robbery lasted. From the moment that the story broke right up until all hostages had been rescued and one of the robbers had been shot dead by an FBI undercover agent. It’s generally accepted that when a film has based itself on a real life story, artistic creation has been maximized to push the story to the limits for entertainment purposes. What only a select few knew at the time however was that if anything Lumet had dumbed down the story of the robbery at the Chase Manhattan bank in Gravesend, Brooklyn.

As the story was relayed. The afternoon of August 22nd, 1972 saw John Wojtowicz, Salvatore Naturale and Robert Westenberg hitting the New York streets with a hatched plan to rob a bank to fund the sex reassignment surgery for Wojtowicz’s “wife” Ernest Aron. The robbers depicted as one level down from what would be the equivalent if it had been The Marx Brothers who had walked into the NY bank with shotguns. In reality, that in itself wasn’t too wide of the mark. 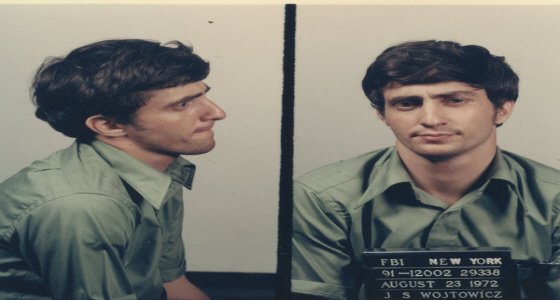 Having decided to go through with it the night before. All three took in a screening of The Godfather in a Times Square theatre before leaving with the intention of visiting a Lower East Side Manhattan bank and relieving it of it’s dollars. Their ransom note even had the message “This is an offer you can’t refuse” on it. Their first attempt didn’t exactly go to plan when one of the robbers accidentally dropped his shotgun as they were approaching the bank. The gun going off and instantly drawing all eyes on the three of them. Fleeing, and instead of taking their already evident incompetence into consideration in terms of how their day would go down. They next visited a bank in Howard Beach, Queens. Foiled this time when comically, just as they were ready to pull out their shotguns. They ran into one of the robbers mothers best friends.

One thing the three of them were was tenacious. This wasn’t enough to change their mind and were to go onto be foiled for a THIRD time when they, now back in Manhattan again, aborted the robbery due to them crashing their getaway car into another vehicle while performing a dry run. At this point I feel I am due the estate of all Marx Brothers an apology for the suggestion that they would be one level up from morons like Wojtowicz and his small crew. By now, and most likely running out of New York boroughs to try. They found themselves in Brooklyn outside a Chase Manhattan branch hoping for 4th time lucky. 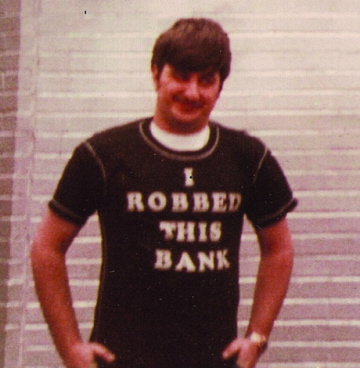 As far as a text book carefully planned out heist, it had had left a lot to be desired. These were no hardened and regular criminals though, evidently. All three robbers were, close with each other. Known across the New York gay community. Wojtowicz, Naturale and Westenberg were partners in crime in every sense of the word. I’ve seen a lot of heist movies in my time. Some involve the planning of the operation, showing how the crew spend the night before go time. Possibly I haven’t watched enough of them to see one that involved all of the gang members unwinding before the big day by all having sex with each other, that was the reality of what went before the robbery that spawned Lumet’s cult movie.

As in the actual film, Bobby Westenberg, the youngest of the three. Completely bricked it once the robbery started, telling the other two that he couldn’t go through with it and leaving before the police became involved. The night before, Westenberg slept with Wojtowicz. And Naturale too. Told by Wojtowicz years later.

“We went to the Golden Nugget Motel, the night before the robbery. Whilst we were in there, I grabbed hold of Bobby Westenberg and I wanted to fuck him. ‘cause he used to dress up as a girl with a dress, right? And he goes, ‘what are you talking about? I said, ‘I want to fuck you.’ Well I don’t want you fucking me. ‘I said, ‘ I’m giving you $50,000, right? You’re telling me I’m not gonna get a fuck out of it. You’re out of your fucking mind! Because I’m getting a fuck out of this! So then I fucked him. And then Sal came over and wanted to fuck Bobby. Bobby tells him no. So they start getting into a fight. So I come out of the shower. I say, ‘Hey what are you two bitches arguing about? Hey, what is it with you Bobby? We could all die tomorrow, let’s die happy. “

Not your average by the numbers Ray Winstone starring crime story, invariably involving “one last job.” By any means. 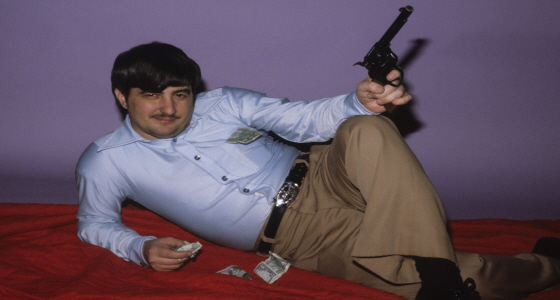 This was classic John Wojtowicz, a sexual deviant and out and out sociopath. A self proclaimed say it loud and proud pervert who would literally fuck anything that moved, man or woman. A man with a list of lovers and wives at any given moment. Someone who played a starring role in New York’s gay liberation movement. Years before, he met his wife, Carmen he was soon drafted for the war in Vietnam, having his first homosexual experience before he even got out of basic training. After the war was over and still married to Carmen. Wojtowicz joined the Gay Activists Alliance (GAA) although readily admitted that this move was more in the pursuit of having sex with people than to be involved in the world of politics. Volunteering to be a member of the entertainment committee purely so he could be in pole position to make introductions with gay men who had recently come out and were new to the scene. Branded a disgrace at GAA discos due to the sexual debauchery that he would bring, Evidently, not one single fuck was given by the man himself.

Leaving his wife Carmen in 1971. He fell for Aron who was a transgender woman going by the name of Liz Eden leading to them marrying in a non binding wedding ceremony in December of that year. Wojtowicz took no time in winning friends and influencing people around Eden’s inner circle.

Jeremiah Newton, a close friend of Eden’s - “He was a skeevy, he was obsessed with sex … I thought he was pretty stupid”

Over the first year of their marriage, Eden had talked of a sex change operation which Wojtowicz wasn’t in agreement with. Only coming round to the idea after Eden had made an attempt on her own life. That was the moment that John “The Dog” Wojtowicz arrived at the caper of robbing a bank to pay for the expensive operation.

Once inside the Chase Manhattan branch, things went downhill Franz Klammer style. Westenberg bailing, leaving Wojtowicz and Naturale to fend for themselves. The robbery soon turning into a media circus that was littered with moments of accidental comedy gold. Westenberg leaving the bank then returning as he’d forgotten to leave the keys for the getaway car with Wojtowicz. An on the edge and animated Salvatore Naturale who had been mistakenly outed by the media as “gay” demanding that they tell the public that he was in fact straight. The moment that the mischievous crowd gathered outside took it upon themselves to childishly repeat out loud every word spoken into the loud hailer by the NYPD officer when speaking to Wojtowicz. It was a robbery like no other. In the midst of negotiating with the police, an animated Wojtowicz would be seen outside the bank whipping up anti police sentiments to the thousands of people on either side of the street in a confluence between the robbers and the public. By the end, the crowd was an eclectic mix of police hating hippies, the gay community and general lollygaggers of the ilk you’ll generally find near a Big Brother live eviction. Most of the bank employees instantly formed a bond with Wojitowicz, not in a Stockholm syndrome way but purely down to the mans charisma. There was at no point any danger of the hostages coming to harm but for purposes of getting out of a sticky situation, Wojtowicz had to make this out to be a possibility to retain his negotiating stance however. The plan had been to lock all the bank staff in the vault while the robbers exited with the money. Unbeknown to the robbers, the alert had been secretly sounded by one of the bank workers to the Manhattan head office. The moment the police became involved, that’s when the employees began to be looked upon as bargaining chips. 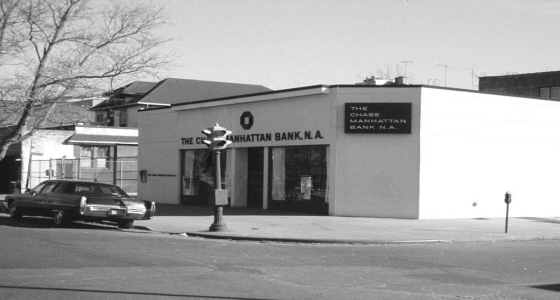 Settling into his starring role in the siege. Wojtowicz played the lead character with a distinctive panache. Placing demands on the FBI for food to be delivered to the bank for all of the hostages then insisting on paying for it out of his own pocket, well, the banks actually. Prone to wandering outside the building for various reasons. On occasion, and with NYPD Snipers looking down from the rooftops trained on him, taking bundles of the banks dollars and throwing them up and into the watching crowds, animating them into a frenzied rabid Brooklyn mob scrambling to scoop up the money raining down on them. Select journalists and reporters were able to speak all through the siege with Wojtowicz, calling him at the bank as this surreal robbery was broadcast across all TV network to a city hanging on every update provided. A few hours in and knowing there was no escaping. Wojtowicz made known his terms for the safe release of all hostages.

‘I want them to deliver my wife here from Kings County hospital. His name is Ernest Aron. It’s a guy. I’m gay’ - Wojtowicz said to his negotiator stationed across the street in a Palestinian barber shop .