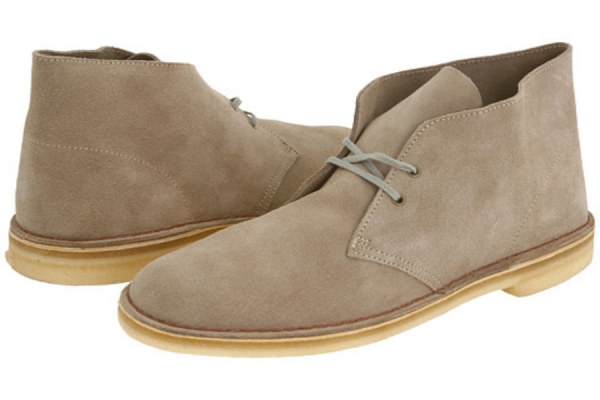 As cultural icons go, the Clarks Desert Boot (other brands are available, but don't be fooled, there's only one that matters)

really should be right up there with such emblems of quintessential Britishness as red pillar boxes, roast beef, warm beer, the Mini Cooper and queuing.

But the story is an international one. Four years after the end of World War Two, while serving in Burma with the West African Brigade, the young Nathan Clark created the Desert Boot after being inspired by a crepe-soled boot made of rough suede popular in Cairo's Old Bazaar. The footwear of choice for off-duty Eighth Army officers, it was the boot's simple line and conspicuous comfort that caught his eye.

A year later and the family business unveiled the Desert Boot at the Chicago Shoe Fair on a desert oasis, with female belly dancers presenting the boot on a silk pillow. A legend was born.

New, they can be worn with a suit; distressed, they still look good with jeans – even when they're completely battered they'll strike a chord with those in the know and mark you out as a gentleman of proper decorum.

I've had brown pairs, both light and dark, black pairs and stone coloured pairs. I've dyed them, cleaned them, painted them and on one occasion tried bleaching them. I've worn them in, worn them out and enjoyed their comfort and companionship on all manner of escapade for nearly three decades now.

But don't just take my word for it – the great and good also been tempted by the lure of the soft suede, crep and cotton lace. Steve McQueen was a fan, The Beatles, Stones and Small Faces all wore them, as did Bob Dylan. Paul Weller has sported them on occasion, as have the Arctic Monkeys; and Oasis – singer Liam Gallagher included a Desert Boot in his Pretty Green clothing collection clearly modelled on the Clarks model in its chisel toe era. 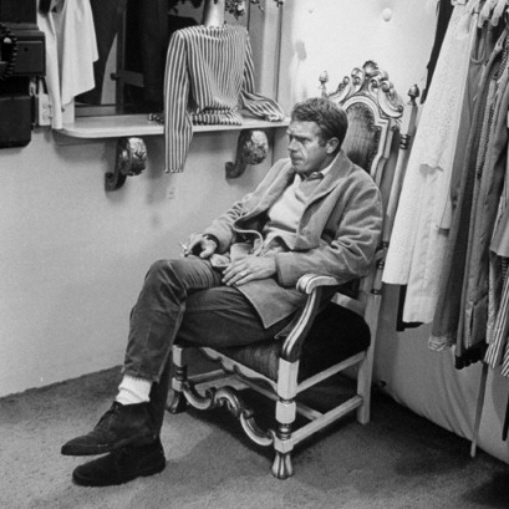 Withstanding in-house competition from the Wallabee, a moccasin-style Desert Boot created by Lance Clark in the 1960s, the classic Desert Boot's place in the nation's heart was cemented in the early-1960s by its close association with the parka-clad Mods. At the same time, French fashionistas took them to their hearts, while their Japanese counterparts cast off their traditional wooden-soled footwear and embraced the crepe of ther Desert Boot.

The hippies of the 1970s teamed them with kaftans and bells; and a new generation of scooter boys returned to them in the 1980s as they cocked a snook at the prevailing New Romantic trend; before the Desert Boot found itself right back at the heart of Cool Britannia fashion in the Britpop years of the 1990s.

Today, they're as likely to be worn by your grandad as your teenage son or daughter. They're equally at home in the workplace, the beach, the pub, the church, on the street, in the car and always astride a Vespa or Lambretta. You'll find them worn by ravers and rovers, gamblers and ramblers, each one of them blessed with their own sense of style, but all of them united by cool.