Too Much Rock N Roll

After a whole series of rumours and counter rumours. News has finally emerged of the confirmed major TV drama planned for UK and international television, Too Much Rock N Roll.


The latest project from occasional writing partners. Irvine Welsh and Dean Cavanagh. Together with Keo Films, Welsh and Cavanagh are teaming up to write the screen adaptation of Still Breathing, the book on the life and times of Manchester’s infamous lovable rogues, The Donnelly Brothers. More colourful than a Crayola factory, Anthony and Christopher have led the kind of lives that get instantly filed in the “couldn’t make it up’ category. And the best part is, we all will get the chance to see their on screen stroll down memory lane of sorts.

Released last year, Still Breathing was the tale of two brothers from a notorious Wythenshawe housing estate who against ridiculous odds went on to form their own clothing company. A ride that took them from a Manchester warehouse to the catwalks of London, Paris, Milan and Tokyo. Their attitude to life and fashion attracting the attention of Vivien Westwood who hailed them as ‘Ambassadors for a generation’

In true Donnelly brothers spirit however the story behind them does not start and end at two brothers forming a fashion company - it becoming successful - the end. The journey that you are taken on all through Still Breathing is an exhilarating, exciting and piss your Calvins hilarious one that you don’t really want to get off but could almost do with a little rest as you’re tired out simply from reading about all the exploits that Anthony and Christopher got up to! From their days as ticket touts at Old Trafford and Maine Road, Jibbing their way across Europe & selling snide band merchandise at gigs, being leaders of the Acid House movement in England. Only THEN, follows their life defining clothing venture, but what a venture. 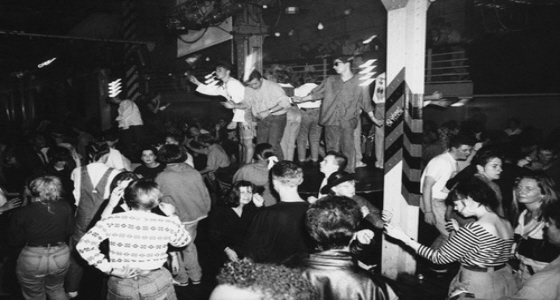 A multi million turn over label that was destined for even bigger and better things still. With the tenacious entrepreneurial spirit they have possessed since day one. The brothers vision involved cracking America and turning a million making company to a billion one. The company eventually being brought down by outside factors by way of the combination of police investigations, gang violence, drugs and as every bit criminal as the others, gross mismanagement from hedge funds.

Their father, Arthur, was whispered to be part of Manchester’s well known Quality Street Gang. The QSG, allegedly the city’s premier criminal gang for decades. As folklore has it, they were the inspiration for Phil Lynott and Thin Lizzy when penning their hit “The Boys Are Back In Town.” After various scrapes with the law and just as many near misses as teenagers. Anthony and Christopher seemed like their life’s were already mapped out and that they’d be following in their fathers footsteps. They had other plans apparently. Starting their clothing label that would go on to be worn by major celebrities from all over the world of movies, TV and music, without the brothers even having to pay a single penny in return.

With the police investigations that the company were hampered by. These coming through the police refusing to believe that their empire had been built up legally. A lengthy and obscenely expensive operation was mounted which as was to turn out was a complete waste of tax payers money. The sting failed in it’s attempt to link the brothers to the level of criminal activity that the authorities were aiming for. As much of a waste of time the operation had been it also proved to be one of the nails in the companies coffin.

In true Donnelly brothers fashion, pun not intended. They circled the wagons, took some time out but returned invigorated with a whole new set of plans for world domination. Launching their new label, Your Own. (YO) A label that has retained the values of the early days of the first label while combining this with a relevant, unique and exclusive look for the modern day. Much like their last business, major celebs haven’t been exactly shy about getting on board with the brothers. Rihanna, Deadmau5, Ian Brown, Rza, Michael Fassbender, Idris Elba, Stephen Graham. I could go on. If I did though this piece would be nothing more than me typing out an endless list of names of people that you’ve heard of! With their adventures over the years now on their way to being transformed onto the screen. Finally Hollywood has come knocking at their door instead of the serious crime squad. 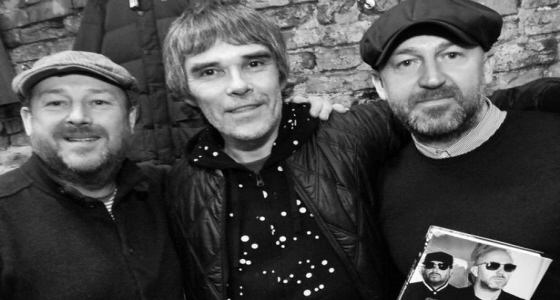 On the partnership with the Manchester fashion kings, Welsh and Cavanagh said. ‘We’re really excited to be involved in telling the story of The Donnelly Brothers for the screen. Like them we’re a duo that have a similar dynamic. We’ve been offered many true life stories over the years but what attracts us to this story in particular is the fact that Anthony and Christopher are unbeatable, they won’t take no for an answer, and we’re going to capture that spirit. It’s something we relate to having spent decades working in the business that is “show,” and all the attendant bullshit that comes with it. Anthony and Christopher and stand up lads and so are we. Hopefully this is the start of a long and creative partnerships.’

Anthony and Christopher were also quoted,‘When the book came out we got plenty of interest from people wanting to adapt it for the screen. Irvine and Dean are perfect for it they totally get what we’re about.’

They’re the partnership who brought us the fashionable bullet proof vest, the one’s who took on the might of Giorgio Armani in court, and won, two lads with the charm and infectiousness that could have a global superstar like Rihanna shacked up in a local boozer “lock in” til 5 in the morning the next day. 3 random examples maybe? Examples of the rollercoaster life the brothers have led dodging the rain and bullets of Manchester and beyond.

With such choice material to work with, the talents of Welsh and Cavanagh simply can’t miss with this project that has already been described by TV execs as having the potential of becoming a Boardwalk Empire meets The Wolf Of Wallstreet The Donnelly’s mad memoirs really couldn’t be in safer hands for this TV drama than those of Irvine Welsh & Dean Cavanagh. One that is destined to become a cult classic for the acid generation and beyond. Guaranteed, there will be many of the British TV watching public out there who haven’t a clue of Anthony and Christopher Donnelly are. Thats going to change soon, I hope they’re ready for them!