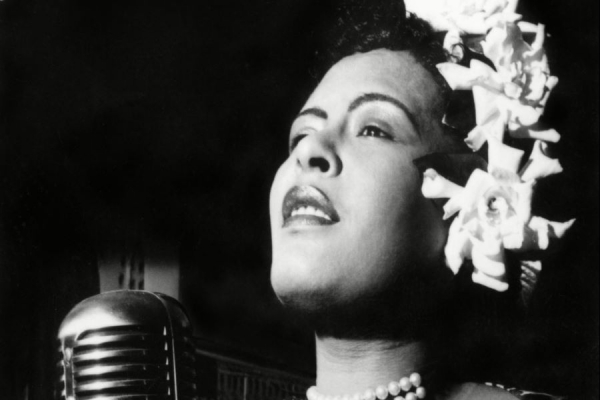 November 8, 1956 was a very busy day for Billie Holiday. She was making the rounds on television and radio to promote her book and upcoming November 10th concert at Carnegie Hall, which would become a huge success. She appeared on Mike Wallace's Night Beat television program on ABC, Steve Allen's Tonight Show on NBC, and in this video, on Tex McCleary's Peacock Alley on NBC.

Like with a lot of Holiday's television broadcasts in the 1950s, footage has been lost but audio has survived. This is a rarely heard interview in which Holiday talks about her upcoming concert, recites "Don't Explain," "Fine and Mellow" and "Yesterdays" in spoken word format and even talks about Elvis Presley. Enjoy!